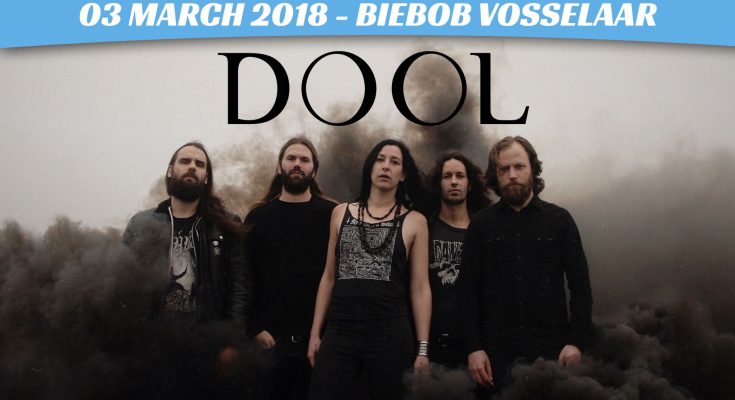 Saturday the third of March was a good day for lovers of those bands that are quickly gaining popularity in the – no offence intended – hipster underground scene. Not only did the mysterious Dutch doom rock band Dool (****1/2) bless us with a visit to the Biebob venue in Vosselaar, but they also brought some very special guest: Austrian post-black metal sensation Harakiri For The Sky (****)! As we arrived at the venue, two observations stood out: first of all, we met a lot of people who were more excited about the rare opportunity to see HFTS at work and hadn’t really heard of Dool before. After all, their fourth studio album was released only two weeks earlier (read the review here). Secondly, people were wondering what this rather weird combination would do on stage. Being black metal, HFTS brings about an entirely different atmosphere than Dool‘s gloomy rock. Perhaps the answer of M.S., one of the masterminds behind HFTS, is indeed the best answer: “Why not? They are great people playing great music and we are very happy to play with them!” One big happy family it is!

As the intro to Harakiri’s opening song Heroin Waltz arose from the speakers, the hall was already shimmering with anticipation. Singer J.J. appeared on stage all dressed to the occasion with an Oathbreaker shirt and with his typical, adorably boyish posture. Obviously, they were glad to play in Belgium once again and the energy was high, remaining so during Funeral Dreams. HFTS alternately played songs from the new album Arson and older work (respectively: Tomb Omnia, Lungs Filled With Water, Stillborn, Viaticum and Jhator). 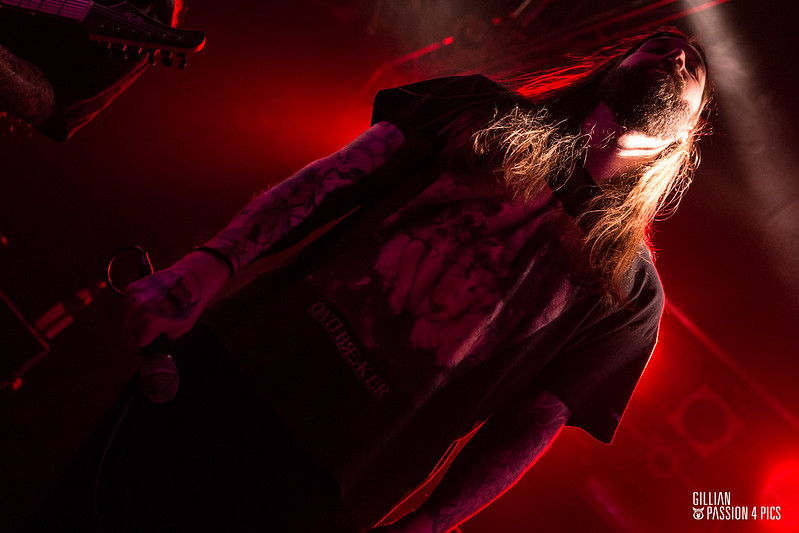 Overall, we would have liked to hear M.S.’s leads a bit better through the sound system and the atmosphere remained rather calm, as opposed to the high intensity on their albums. We assume that, since both music and lyrics are very personal to M.S. and J.J., a modest attitude comes more natural to them and we can’t blame them. Also, as usual, their live musicians Thomas Dornig, Marrok and ever-evil-looking drummer Mischa really gave the best of themselves. Anyway, the intimate atmosphere on for example Viaticum was quite welcome, creating a beautiful setting to which a large part of the audience just closed their eyes to listen and experience. 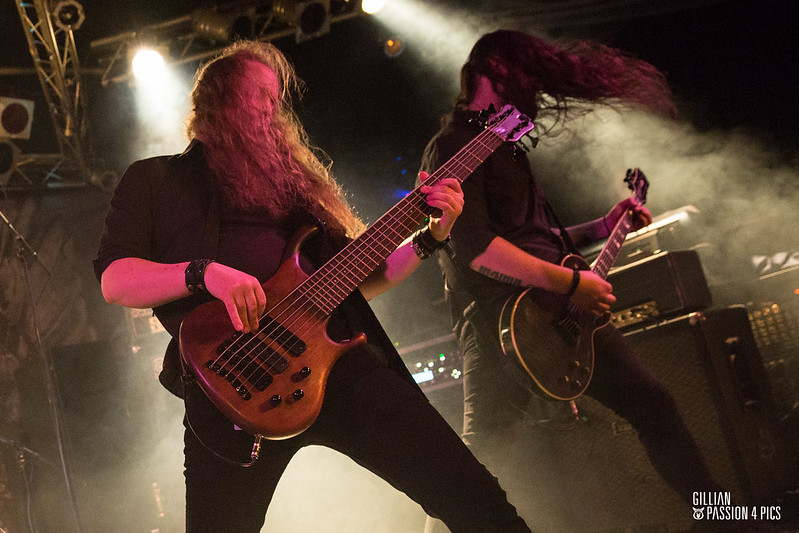 A nice bonus are also the little changes in composition compared to the studio albums, which most fans welcomed as a pleasant and refreshing surprise. And with classic finishing song Jhator (my god, what an epic track that still is), the intensity was as high as it gets. As the last tunes faded away and the band greeted the thankful audience, we were getting in the perfectly melancholic mood for the Dutch doom of Dool… 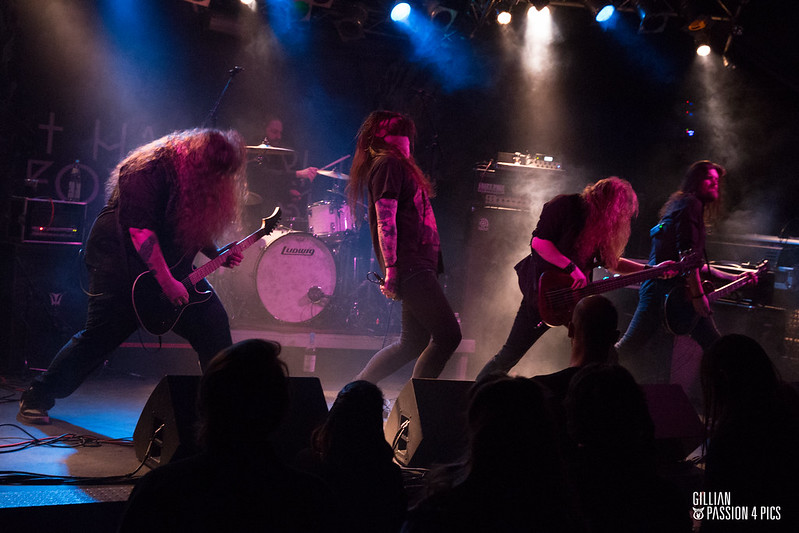 As said, ironically, Dool was not the band that attracted most fans to Biebob that night. A lot of concert goers hadn’t even heard from them before this show… But that wouldn’t last long. We were lucky enough to see their show at Metaldays 2017 in Slovenia and we were literally blown away by their quality. Also, of course, by the storm that forced them to interrupt their show after barely three songs, causing great protest with audience and band alike. As the Biebob venue is not known for hosting unexpected tropical storms, this night seemed perfect for a second chance. 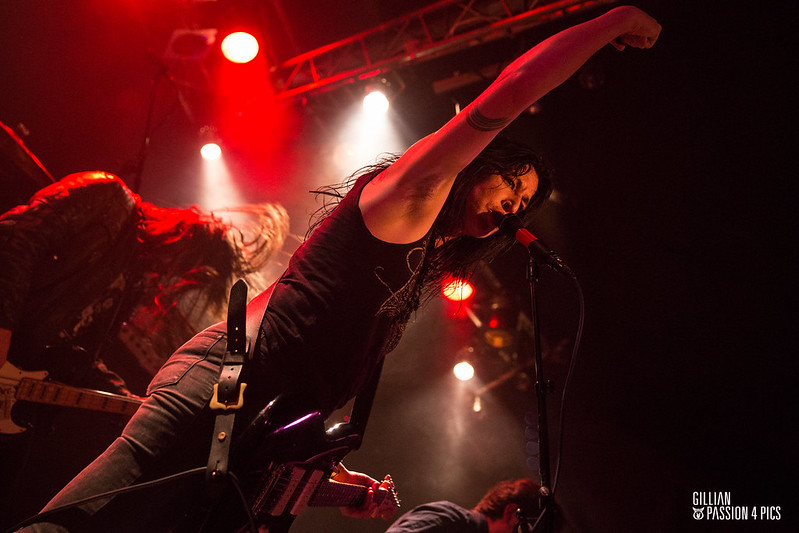 But boy oh boy, what a storm on stage! Admittedly, you can expect a great performance from ex-members of legendary cult band The Devil’s Blood on drum and bass, but is really is time people appreciate Dool for their own brilliance! With the radiant passion and pathos of singer Ryanne Van Dorst and her extravagant axemen (they were so into it that I have to name them personally: thank you Job, Nick and Reinier!), the energy Dool radiated was in shrill and genious contrast to the gloomy atmosphere of their music. 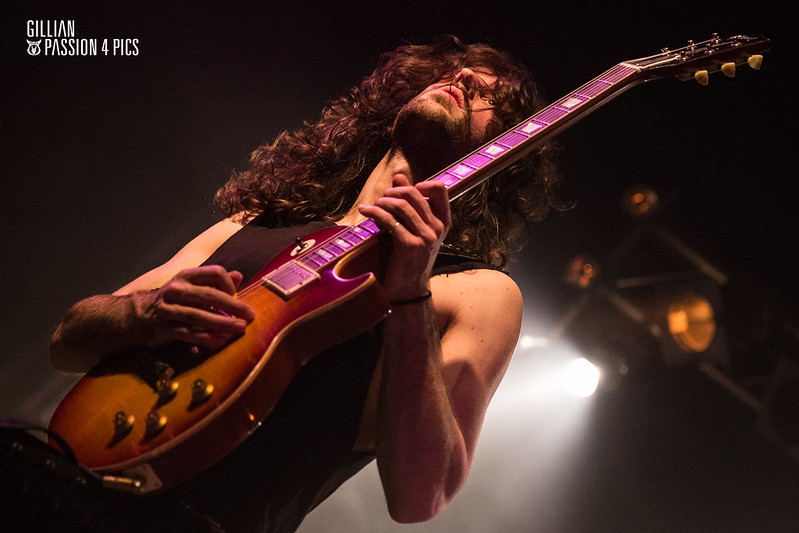 All musicians clearly enjoyed themselves and were perfectly in tune with each other’s movements. As expected, they mainly played songs from their one-year-old debut album Here Now, There Then, but we think we also heard some new material. Afterwards, there were only happy faces and we don’t think people will shrug again when they hear Dool are playing somewhere nearby! 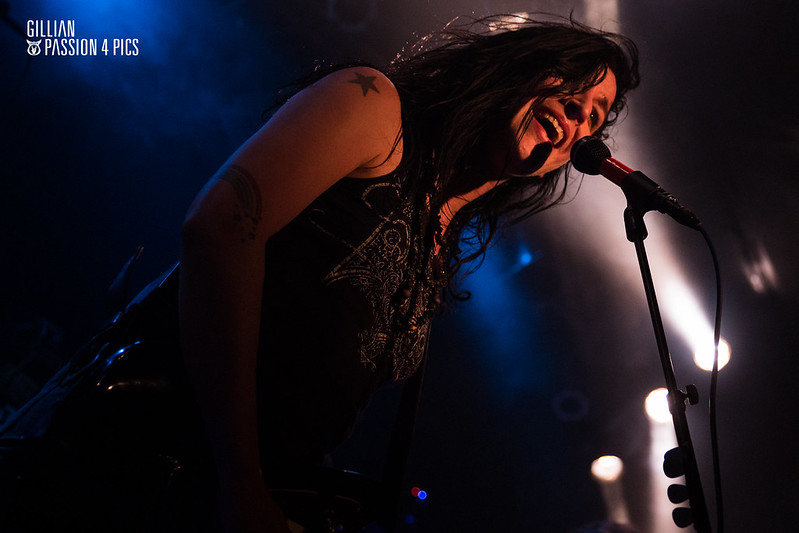 Both bands were also present at the merch and bar after the shows, which called for a nice talk with both of them. Nice work from nice people! You can still catch them at the 013 venue in Tilburg on March 18th. Hurry hurry!