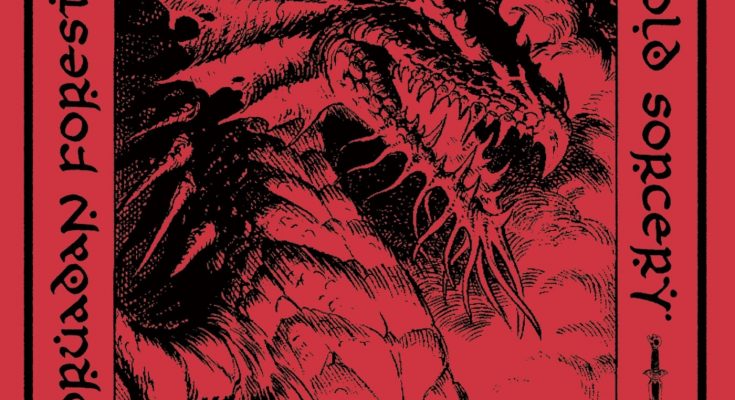 Those found wandering the realms of Middle Earth, might have discovered their feet have taken them deep into the pine forests of Gondor where the Druedain, the wild men of the woods roam.

Put to music, the Druadan Forest is conjured up by one Ville Pallonen aka V-Khaoz. This Finnish necromancer has been concocting creepy synth since the end of the previous era, but has only crawled out of the deepest dungeons with his first official release, the ‘Paths of the Dead’ compilation in 2016. Since then he has amassed a rather impressive back catalogue of splits, EPs and full lengths with this collaboration being the latest invocation.

It’s easy to make comparisons to that other more well-known Tolkien inspired band out there and it does hold up to a certain point. Take away all the black metal references from Summoning and you will indeed end up with something closely resembling Druadan Forest. Where it gets interesting is how V-Khaoz fills that void with the barest of means. Dungeon synth is by its very nature minimalist and repetitive and yet somehow manages to evoke panoramic views of long forgotten battlefields and castle ruins aloft a lonely mountain.

The other side of this split is taken up by Old Sorcery, another Finnish one man band, led by Vechi Vrajitor. Compared to its sister side, these two compositions are significantly darker and more ambient, as if we have left behind the vast of forests and ventured deeply into the Mines of Moria, where an evil menace could lurk around every corner.