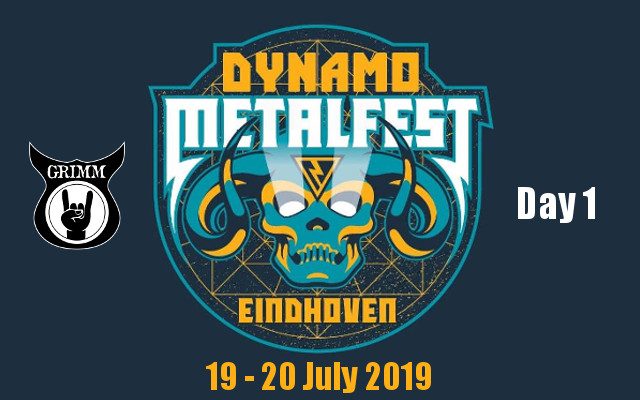 When you think you’ve seen everything, you’ll still get surprised occasionally… Like when you go to a festival and walk into a huge ice skating rink. Except, there’s no ice. Instead, there’s a few food stands, a couple of bars, a big open field and a single stage…

A small festival, or a huge concert. Whichever way you’d like to view it. Either way, it does solve one problem I usually have with bigger festivals… No more sad faces when you’re looking at the timetable and discover that you’ll have to miss out on some of the bands you wanted to see because they’re playing at the same time as other bands you wanted to see.

The Friday of Dynamo Metalfest is mostly seen as a pre-party; as the festival grounds opened at roughly 15:15 and as there were ‘only’ 6 bands performing on that day. The first four even started their performances with sound level issues despite their soundchecks. An unfortunate start for them, but thankfully the issues were (often) quickly resolved.

Baest opened up as the very first performance. Being the first band to perform is always a little tense, but despite their sound level issues that lasted roughly two songs, Baest pulled it off pretty well. With a time slot of roughly thirty minutes, this death metal band from Denmark had no time to screw about with introductions. And so they delivered song after song, fueling everyone with the energy required to get them in the right mood for the festival. With songs like Altra Mors, Hecatomb and Crosswhore, the bars were set high for the next band to live up to the hype.

With a sound that’s very much different from the previous bands, Grand Magus brought some old-school heavy metal to the stage with songs like Untamed and Hammer of the North. Though the band seemed to receive less physical appreciation from the crowd in the form of headbanging (as Baest and Jungle Rot were simply a lot heavier), Grand Magus did get the crowd to vocally share their appreciation by singing along with the band.

I’ve never really been into folk music that much nor dug into Eluveitie before, though I’ve had ample times to see them perform at previous festivals I’ve attended. So when I found myself with no reason to skip them this time around, it was an understatement to say I was a little shocked when I saw how many people stormed the stage carrying instruments. With songs like The Call of the Mountain, Deathwalker and Inis Mona (and the refreshing use of a hurdy-gurdy) they certainly made me regret not giving them much of a chance earlier on.

Though sadly for Eluveitie their struggles with sound level issues were more difficult to truly resolve. With so many people and instruments playing at the same time, it’s always difficult to make sure everything is clearly hearable. This proved to be the case especially for the harp and tin whistle. Nevertheless, Eluveitie‘s performance was a worthwhile addition to the festival, with a fair share of crowdsurfers to vouch for that.

With little to no time to set up their usual stage, Avatar showed up with a bare minimum of risers and other stage assets. And what else to say about their performance than ‘superb’? Avatar has a great sense of how to please the ears and eyes. They don’t just play their music, they put up a show! Their outfits, choreography (even their drummer puts on a specific visual show other than just the average “playing the drums and doing occasional stick tricks”), their musical performance, simply everything is fine-tuned to the smallest details!

Avatar’s performances are an evenly divided package deal. Both the theatrical and musical aspects are of an amazing quality, which explains their ever-growing fan base over the years, growing more and more as their live performance takes festivalgoers unawares and draws them into the freakshow. With songs like Hail The Apocalypse, Get In Line and The Eagle Has Landed Avatar inspired plenty of moshpits and crowdsurfers.

Airbourne has always reminded me more of old-school rock music like AC/DC and Iron Maiden, which isn’t really my cup of tea (though I enjoy listening to their songs too from time to time). So (once again) I was surprised as I a group of middle-aged men stormed the stage… I guess that’s what I get for never really looking up a band while listening to their songs! And they sure put on a show! What Airbourne musically lacks in metal, they make up for with walls of Marshall speakers. The crowd certainly enjoyed the show as the band performed songs like Too Much, Too Young, Too Fast, Breakin’ Outta Hell and Live It Up.

During one of the songs, Joel O’Keeffe (if I recall correctly) descended from the stage onto the shoulders of a crew member and was (surrounded by other crew) piggybacked into the middle of the crowd, where he stayed for what felt like a decent half-minute, before slowly emerging from the crowd again and to return back on stage. Though I personally would have preferred a heavier band to headline the “Metal”fest, Airbourne did prove their worth that night. As I could still hear their music playing in various homes on the way to my bus after the band had already gone off stage. Some people just didn’t want the music to stop just yet.

And thus ended the first day of Dynamo Metalfest. It was certainly entertaining to see how the various bands had different ways of reaching out to the crowd and try to connect with them. With these performances in my head, I was certainly looking forward to arriving early the next day, see more amazing performances and likely get surprised a few times more…

I would like to thank Niek Van De Vondervoort for taking these amazing pictures and Zware Metalen for allowing us to use the pictures in our report. 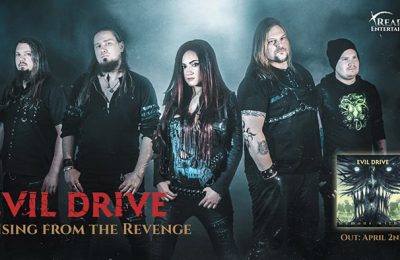