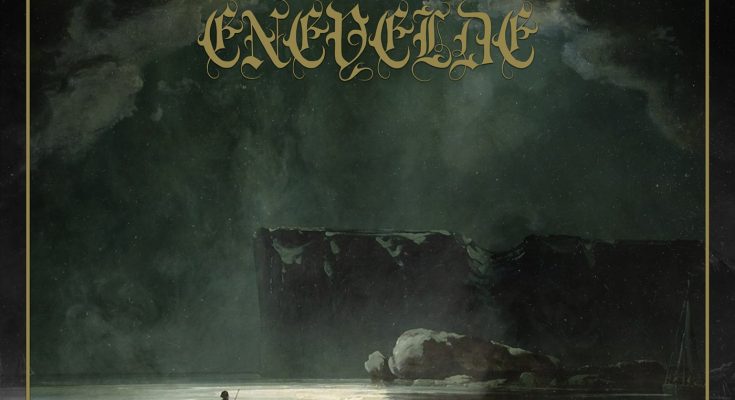 The musical direction here isn’t quite parallel to what Misotheist offered on the debut album. In fact, the tracks voyage into the vast bleakness of mid-tempo black metal. Album opener, ‘Kroppens Mani‘, captures the essence of the second wave of black metal. Rather than focusing on the melodic or atmospheric black metal style, Enevelde concentrates on blistering tremolo riffs and convulsive drum beats. The debut offers two musical dimensions that range from gorgeous melodies, mainly produced by the guitar, to slow mid-tempo sections, dripping slowly with some catchy and inspiring melodic hooks. This conveys the epic Nordic majesty. It’s not surprising to see how the composer mixes these two elements together.

With the second track, ‘Forringelse‘, being the longest song on the album, it demonstrates a fine line between fierceness and melancholy. The melodies are hidden within the song texture as they slowly become manifested. Enevelde often infuses dissonance to create a Nordic feeling. While some of the slow and mid-tempo moments remind me of Whoredom Rife, the guitar is delivered by raw power. The cold, icy impression of the Norwegian black metal is beautifully conjured in raw and bleak fashion. Notably, the band experiences these raw sensibilities of the Scandinavian black metal which gives the listener a sense of perspective.

Similar to the quality of the previous tracks, the dissonance and the tremolo pickings are the main compositions. The latest offering comes close to the lines of early Satyricon. It’s when the third track ‘Irrgangen’ moves into raw moments, fulfilled by blast beats and mid-paced sections, that there is a direct approach from the drums in creating these fast tempos. The outstanding talent of layering the guitars is very captivating.

The growls are quite traditional to the style of black metal: they’re attained viciously and have a loud pitched tone that adds an immense majesty to the songs. Enevelde‘s self-titled album showcases the skills of the composer, but it also demonstrates the roots of the early Norwegian black metal. The debut can be considered as a slow burning album. While it doesn’t offer anything you haven’t heard before, the composer simultaneously managed to fuse the fundamental style of black metal. This actually makes the debut album different from his work on Misotheist. The final track, ‘Daukjøttet‘, brings something magical to the song composition which was not present in the previous ones.

It begins with some kind of ethereal atmosphere, weaved by a distant female chant, before the drums burst out into a blistering pace. The distinctive elements are poured into the texture that makes this track sound dark, majestic and epic at the same time. Through these spacious, atmospheric soundscapes, Enevelde split the song into two sections, as the track ventures into cold majestic landscapes. The final four minutes transform the aura into a blissful melody, enhanced by the layered guitar solos. This adds significant value to this epic track. Finally, it is a great album that shows the influence of the early Norwegian black metal bands. Enevelde has illustrated a classic conception, resulting in a very unique album that will please the fans of old school black metal. The album will surely capture the listener with its beautiful epic melodies, recommended for fans of Satyricon, Whoredom Rife and Keep of Kalessin. 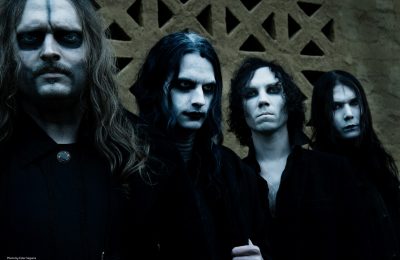