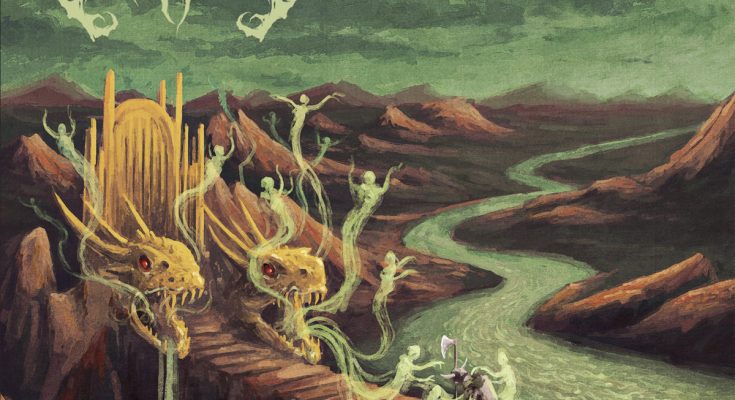 ‘Gold and Rust’ is the second outing from New Jersey’s Engulf,  after last year’s ‘Subsumed Atrocities’.

Rather than a full blown band, it is actually all masterminded and played by one Hal Microutsios, who is also active in other bands like the Warhammer inspired Chapel of Ruin and Blasphemous.

Like the previous release, this is again a short and crisp EP with three tracks, spanning just under twelve minutes. As you can guess from the endearingly naïve, painted fantasy cover- dragon throne included- this is a true underground release, directed towards a dedicated niche audience.

This audience being classic old school American death metal fanatics. It doesn’t take a rocket scientist to discover Hal’s undying admiration for Morbid Angel’s ‘Altars of Madness’, as it pours from every sick note on this mini.

The opening ‘Maul’ has a nasty pumping drive and is every bit as vicious as the Sith Lord himself. It is followed up by a no nonsense, straightforward blastfest that rams its way through to the chopping final track that works up to this menacing, doomy section towards the end.