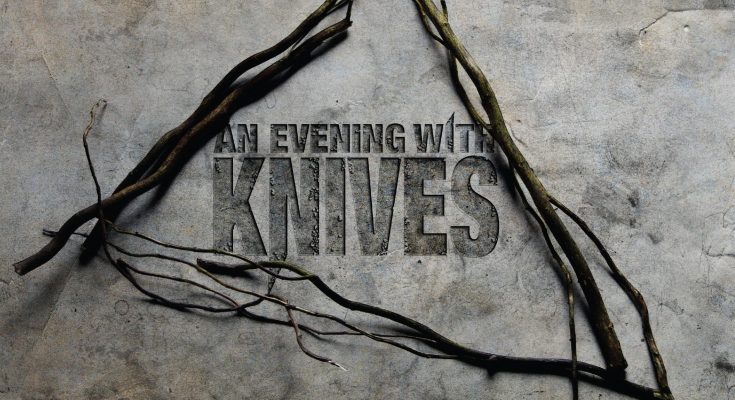 Eindhoven must be one of the coolest cities in the Netherlands. Not only does it host the great festival of Eindhoven Metal Meeting, but it also spawned some awesome bands. One of these bands is An Evening With Knives! For being only three musicians strong (all from different musical backgrounds), their stonerdoom nevertheless got known for being a massive wall of sound live. Now it’s time to take a look at their debut album!

Counting seven songs, Serrated takes you on a fourty-five minute atmospheric trip through the darkness of their minds. From the first tones of opening song Come Undone, the narrative qualities of An Evening With Knives slaps us right in the face. It feels as if we are listening to a sad and gloomy story told by a lunatic we met while on the run, or as if we’re watching a sixties cult movie in an old abandoned theatre. The pace is very low (it’s doom, what did you expect) but atmospheric, with echoing, wailing guitars and a very present bass. Singer Marco Gelissen‘s eerie voice and somber lyrics only contribute to this melancholic setting even more. Generally, the composition is quite thought through and nicely layered, everything is where it is supposed to be. Chopped-up rhythms and insanely deep bass lines create almost unbearably heavy moments and (obligatory, yet nice) rock&roll solos brighten up the mood, adding a nice groove and an American touch to the overall picture of despair. All of these elements meet on songs like Blind Man’s Guess, which is by far my favourite on this album. The track is more playful, it could easily be the bad guy’s song in a Tim Burton-inspired musical and it has a touchingly melancholic solo.

Overall, An Evening With Knives has a tremendous narrative potential, which makes their latest album Serrated quite accessible to a broader public. They create an enthralling atmosphere, wrapping itself around the listener and not letting go. These features make me think AEWK would make excellent live performers. And guess what, you’re in luck! An Evening With Knives can be admired live on the stage of NEST (the old library of Ghent) when they are playing with The Midnight Ghost Train op Thursday February 22nd.  Please leave any knives at home, though 🙂 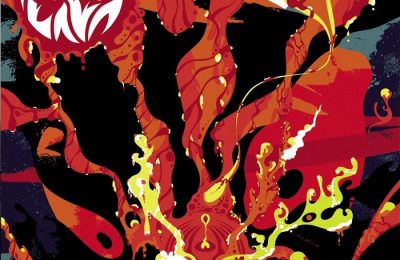