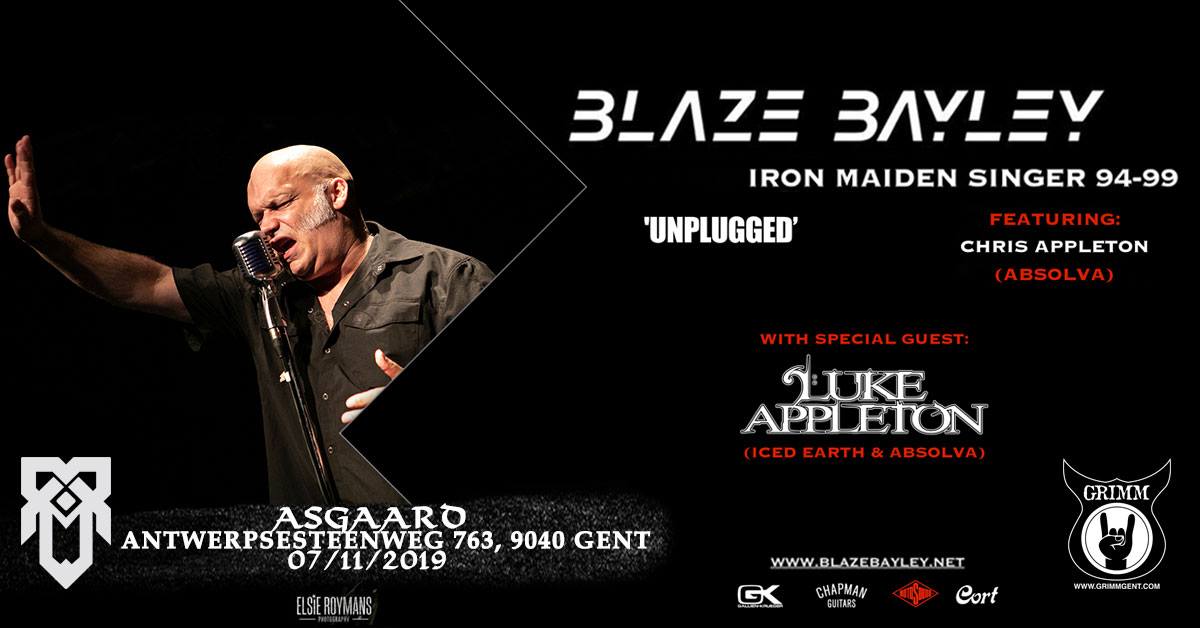 (the only Belgian stop!)

(Heavy Metal)
Blaze Bayley was born as Bayley Alexander Cooke on 29th May 1963 in Birmingham, England. He is an English singer and songwriter, starting his professional music career as lead vocalist of WOLFSBANE in 1984. They released 4 studio and one live album together.
When Bruce Dickinson left IRON MAIDEN in 1993, Blaze was chosen as his replacement in 1994. His departure from Wolfsbane led to their disbandment later on that year. Blaze recorded two albums with IRON MAIDEN and toured with them worldwide.
In February 1999, when IRON MAIDEN announced that vocalist Bruce Dickinson was returning to the band, Blaze started his solo career.

He formed his own band, BLAZE, in March 1999. In May 2000 the debut album “Silicon Messiah” was released, followed up by “Tenth Dimension” in 2003 and “Blood And Belief” in 2005. In 2003 the band also recorded the live CD “As Live As It Gets”.
Due to changes in the lineup and management, Blaze opted to rename the band under his full name, BLAZE BAYLEY and make a new start.

In March 2011, Blaze decided to continue as a solo artist, working together with different musicians.