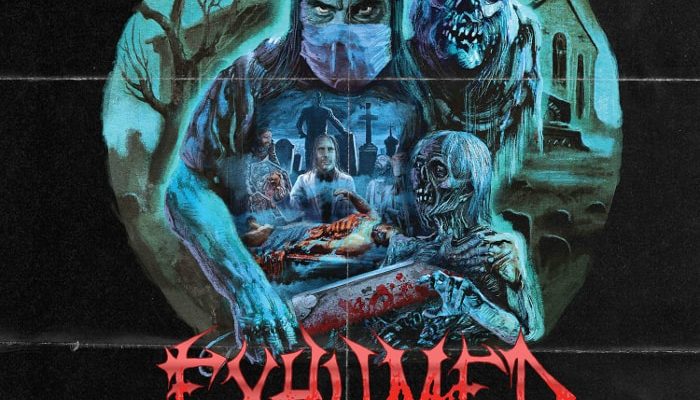 Exhumed is a Californian band that knows how to mix death metal and grindcore. They formed the band in 1990 and released countless demo’s and splits. In 2005 they split up, but in 2010 they came back together. Death Revenge is their second album since their comeback and with this record they’ll let everyone know they’re back in the game.

Harvey is an incredible vocalist. He started Exhumed when he was only 15 years old and a few years ago he started Gruesome, another well-known death metal band, that plays only seriously Death inspired tracks. He also used to do vocals for bands like Repulsion, Exodus and many others in the past. Guitarist Ross Sewage also plays in Ghoul and Impaled.

Is it just a coincidence this record gets released on Friday the 13th? I don’t think so. This album is pure evil. The lyrics are all about the gruesome murders that took place in Edinburgh (Scotland) during the 1820’s. Many people got murdered for money by two men during only ten months, which led to songtitles like Gravemakers of Edinburgh, The Anatomy Act of 1832, Incarnadined Hands and ofcourse, Death Revenge.

Death Revenge Overture is an instrumental opening track leaded by violins and a piano. When I first heard this, I was kind of surprised. It creates a horror movie-like atmosphere and makes Defenders of the Grave come in even heavier. This track is groovy and fast, followed by an awesome solo near the end. The catchy riffs and melodic solos during Lifeless remind me of Carcass’s Heartwork at some times. Harvey makes a disgusting noise during Dead End that made me spill my coffee.

Next there are still two highlights to me. The fifth track, Night Work, has a sick main riff, in which you hear the impact that Slayer still has on death metal, like an echo from the past. The Anatomy Act of 1832 is probably my favorite one and also the longest track on this release. It starts with another awesome horror movie soundtrack and the song itself is a well structured instrumental filled with guitar harmonies and shred madness. The bass interlude is probably a wink to Orion, which is pretty cool.

The artwork creates an old school feeling with a modern twist. The folding lines are a cool detail. It fits the story, that goes with this album, perfectly and that’s why it scores a 10 for me. 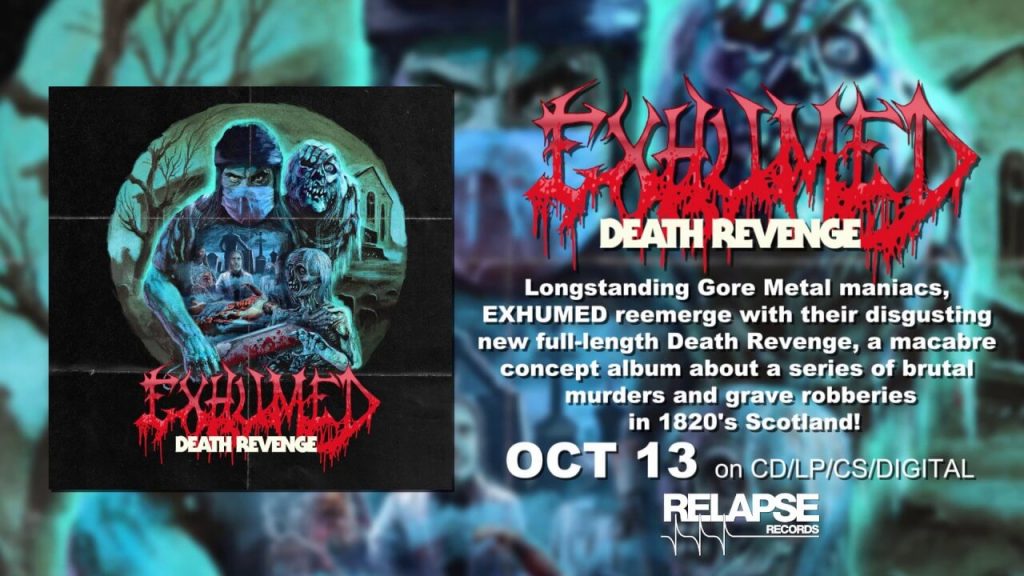