Home Death Metal Far Beyond – A Frozen Flame Of Ice 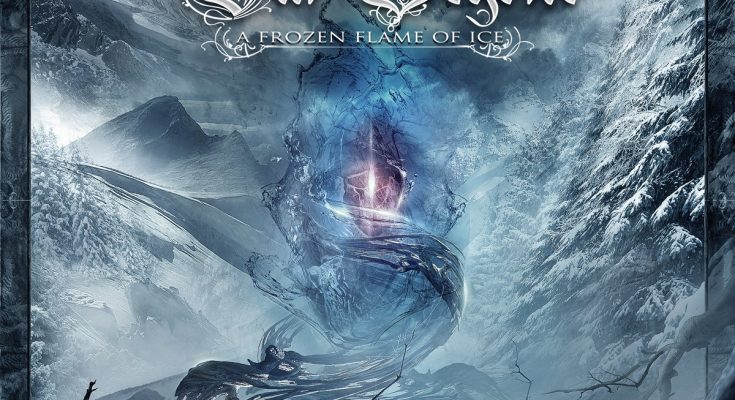 The German band Far Beyond released their new album A Frozen Flame Of Ice. The album is the fourth work after The Bleeding Rose (2003, Demo), An Angels Requiem (2005) and Songs Of Hope And Sorrow (2009). In the band plays Eugen Dodenhoeft: the man who takes care of the vocals, all instruments and drum programming. He started with this solo project in 2001. You may know him from previous work as well, with Euphoreon.

“Most feedback to the album is awesome until now and gives me a good feeling that the effort was worth it”.
Eugen about the album – Source

Evernight Part 1 starts with electronic musical notes. The intro ends with a firm start of the actual song: a clear rhythm, lots of riff-variations and a wide spectrum of the use of Eugen‘s voice. ‘Soon I will see.. I will die in my dreams’ is the most catching phrase in the song. More at the end of the song a part of the intro comes back, which is a good thing considering the song lasts for more than eleven minutes (so you maintain the vibe of the song as a cohesive piece). This song sets high expectations for the rest of the album.

Sounds of nature (more specific sounds of the sea) and a soft guitar riff are presented by Eugen with the start of The Song Remains The Same. Soon it gets rougher with backing vocals and a faster speeded rhythm. Many variations were used with vocalizations. This song could not lack a little guitar solo – with more quiet instruments on the background the strings were hit. The ending was surprising and fits into the music with some opera-like voices.

A Frozen Flame Of Ice has a very calm beginning. Then boom: fast came along the drum and grunting. A very short ‘religious’ feeling is brought up and the structured chaos re-begins. The more difficult part in this song is the hearing or understanding of the lyrics because the instruments are stronger then the vocals.

The Last Farewell’s introduced with a serene cohesion of sounds. You could feel like you are wandering around through the woods during spring time. The instruments are firmly played but the singing gives the music a calmer effect. Unrelenting Force has the sound of wind and sounds of a horn. Evernight Part 2 had a different vibe than part 1 but continues the story.

The album sounds technically very good (the recording and mastering part).
Analytic-wise there is a pattern in the songs. All songs start with a calm introduction (sound of nature like wind, the sea etc) and contain several ways of using his voice and variety in rhythms.

For more information about the band and the album you can click here. To hear the whole album you can surf to Bandcamp, iTunes, the official Far Beyond website, Apple Music, Spotify and Amazon.