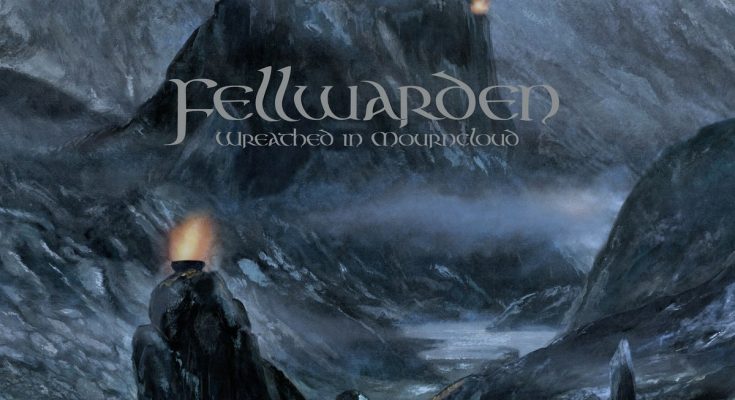 When modern bands evolved from the traditional atmospheric style of black metal, they began to explore with different sub-genres like shoegaze, folk and post-rock. The U.K. counterpart, Fellwarden, is a side project formed by the members of the atmospheric folk black metal band, Fen. On the sophomore release the duo, Havenless (drums) and The Watcher (vocals, guitars, keyboards), sought to capture the progressive side of folk music. ‘Wreathed in Mourncloud‘ evokes the essence of hypnotic melodies that often come close to the musical patterns of Empyrium. From the onset of the opening track, ‘Pathmaker’, Fellwarden manages to attract the listener with the soft lushness of the acoustic guitars and the hymnal clean vocals. This kind of stylistic music is also similar to other bands such as Agalloch. ‘Wreathed in Mourncloud’ is a natural continuation from the debut album, ‘Oathbearer’, which was released back in 2017 via Eisenwald. While the focus here appears to be on the softer side, the music is brought by inventive elements of post-rock and folk/progressive music. Fellwarden‘s aural concept is influenced by the crystalline lakes and the vast beautiful landscapes of North West England.

This experimentation has led the duo to take a new direction which resulted in a new wave of dark music. Certain bands such as Agalloch, Alcest and Winterfylleth were also inclined to apply different degrees of emotions and the resulting outcome turns out to intersect with multiple musical styles. Almost hypnotic in its direction, the second track ‘Scafell’s Blight‘ represents thick layers of texturing synth and low, raspy vocals. ‘Wreathed in Mourncloud’ is inspired by the warm melodies that are imbued with the bright colors of nature. Both of the composers managed to write six lengthy tracks clocking at fifty-four minutes of pure ambiance. The songs are laced with a reflective atmosphere.

Apart from the overwhelming atmosphere, the quality is brought by the charming musical texture that makes each song full of epic moments. When it comes to the synth arrangements, The Watcher weaves a dreamy type of atmosphere. Despite the music being less aggressive, Fellwarden creates epic folk themes. Although I wouldn’t categorize the band as black metal aside from the cinematic themes, there are a few issues that are mainly related to the guitar work on the album. I find them to be very modest, less aggressive and ineffective. This is why the main focus is put on other instruments, which makes the role of the guitars merely complementing.

While the detailed craft of the duo is achieved through the elements of atmospheric folk, they have managed to distill the elements of black metal as well. There are some upbeat moments when the drums switch to a faster pace. The vocal texturing along with the soft guitar rhythm creates epic melodies. ‘Wreathed in Mourncloud’ is structured upon the flowing musical ingredients that make the album more like a theme. The melodies that the duo applies flow endlessly, but they’re more of the slow-burning kind. ‘A Premonition‘ begins with a short cinematic momentum and gives you an impression of the charming beauty of nature. ‘Wreathed in Mourncloud‘ suddenly falls into the dreamy sprawl of a cascading synth. The rich sound of the guitars melds well with the raspy vocals. In almost every song there is a heart-wrenching moment where the soaring clean vocals sweep with the synth.

‘An Elder Reckoning’ is a reminiscence of early Empyrium. The expressive tone of the guitars and the atmospheric synth descend into a dark ambiance. The clean vocals are present on each track and they provide a melodramatic feel. Fellwarden‘s musical orientation covers a fine degree of epic melodies. There are various elements that make the sophomore close to bands like Agalloch, Empyrium and Caladan Brood. The music revolves around building hazy themes where the duo maintains a slow pace in the instrumentation, including the drums, although there seems to be less concentration on the riffs compared to the keyboards.

Album closer, ‘Upon Stone’ is layered with atmospheric touches of melodic chords. Clocking at eleven minutes in length, this song, like the previous tracks, shows the creative talent of the composers. Fellwarden creates a beautiful romanticism between the piano and the guitar chords. As the music ventures deep into a dark atmosphere, other elements from post-rock, folk and semi-atmospheric black metal become clearer.
I’d only recommend this album for fans of Agalloch, Winterfylleth, and Empyrium. 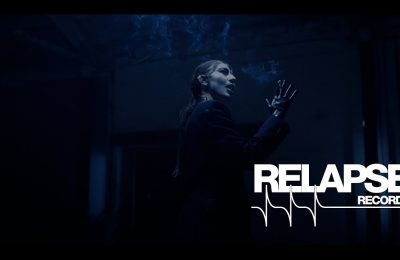 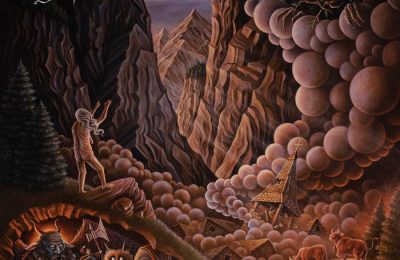 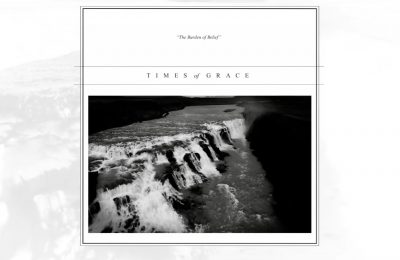