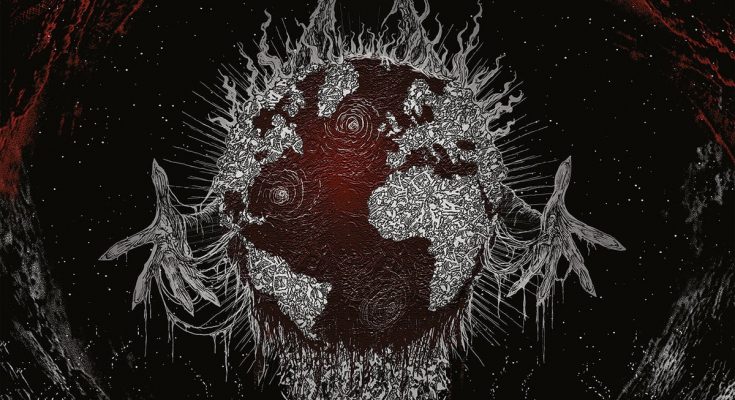 The year 2018 was flooded with countless death metal records, many bands have released excellent albums and it was a big year for metal music in general. And with the beginning of 2019 I have set a new resolution for this year, which is basically buying more music and discovering new bands. This ritual has been going on yearly basis and regarding to this matter I recently came to learn about this band from Finland called Festerday that plays a varied style of death metal. For those who know the British death/gore grind band Carcass might recognize the band name from their track Festerday which appeared on their debut Reek of Putrefaction.

Formed in the year 1991 this five-fold band consists of members from …And Oceans and Havoc Unit, and has published several demos. In the past Festerday has released many split albums with bands like Centinex, Total Vomit Experience and Cadaveric Incubator. Later on the band decided to quit but re-grouped back in 2013. Festerday has a strong fundamental base with varied approach, their musical style is firmly adopted into the classics of  death/grind metal. And after almost 28 years of initiation, the band is currently at the verge of celebrating their thirtieth anniversary. Thus they deliver to us their debut full-length album Iihtallan, which is an overlong album of total 15  tracks.

Festerday finds many ways to interest the listener, after all the band title was taken from a Carcass song, and therefore you will hear some intense grinding influences on their debut. Not only that, but the Finnish grinders also introduce some creative ideas into their songs. The album kicks off with Edible Excrement which will transport you to the early years of Carcass, including a full throttle attack of cadaverous riffs. Beside the technical skills, Festerday also infuses some fantastic melodies and they are well measured, the drums plays an active role along with the guitars and throbbing bass lines.

You can also hear the Entombed and Dismember inspiring buzz-saw riffs on the fourth track Kill your Truth. The death grinders put so much effort on their full-length, made sure that with each track they deliver a punch and bring some swift tempo changes to make them more appealing. Festerday’s style is more inspired by the aforementioned Swedish death metal acts, there is tons of considerable brutality stuffed with loads of deathly riffs.

The Finnish veterans have produced a groovy album adding other styles like punk and gore grind into the songs. Resulting into such a devastating and caustic combos, Iihtallan is brought forth with the slight hybrid mix of Carcass and Entombed and they is extremely delivered with straightforward manner. There are plenty of breakdowns and super grooves that makes this album so enjoyable. Dreaming for the Dead is one of the many tracks that is carried with a flurry of chainsaw riffs.

Vomiting Pestilence incorporates razor sharp riffs and are backed with heavy growls, adding an extra brutal feel to the song. Iihtallan also includes short tracks like Flowers of Bones, another dynamic song with quality of grinding death metal, only around one and half minute long! Flowers of Stone follows into the same running time of almost two minutes, this track in particular is slower and more focused on mid tempo. With the tenth track entitled Into the Void that contains slower riffs and fantastic double bass the band shows its  impressive versatile talent.

And with the continual set of tracks, songs like Gravelore and Your Saliva My Vagina hit the spot with the aggressive guitar riffing. Let me Entertain your Entrails is ultra-brutal song and includes catchy melodies. As mentioned Festerday isn’t a Carcass clone, this band has been around for over almost three decades now and they are firmly rooted into the death metal style. In opinion the only drawback with this album is that the running time exceeds 50 minutes. Some fans might experience an instance of tiring due to the number of tracks. But after all Iihtallan is a fantastic modern debut that will impress many fans of death metal.

Release Date : January 4th, 2019
Label : Season of Mist
Tracking list :
1.The Last Night of the Earth
2.Edible Excrement
3.Tongues for Rotten Kisses
4.Kill Your Truth
5.Control not Your Soul
6.Dreaming for the Dead
7.Vomiting Pestilence
8.Flowers of Bones
9.Flowers of Stone
10.Into the Void
11.Constructive Decomposition
12.Gravelove
13.The Human race Disgrace
14.Your Saliva My Vagina
15.Let Me Entertain Your Entrails
16.Let Me Entertain Your Entrails (Redux)