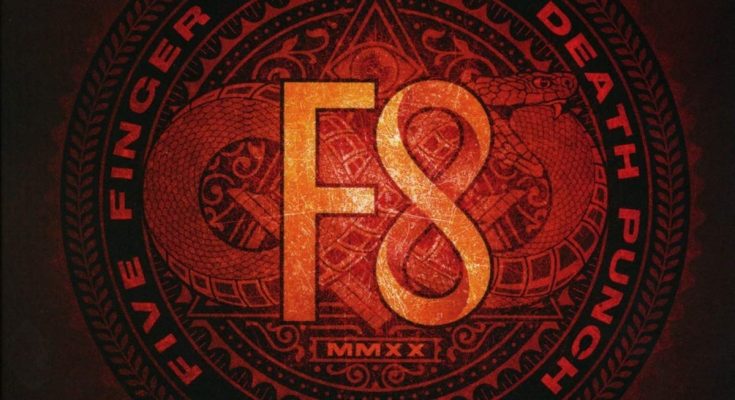 Five Finger Death Punch is an American metal band formed in 2005. Their popularity got a boost with the release of their third album ‘American Capitalist’. After the double album ‘The Wrong Side Of Heaven And The Righteous Side Of Hell Volume 1 & 2’ they finally got the headline status they deserve. Now they have released their 8th album with the iconic name ‘F8’.

We start with ‘F8’, an intro that builds up to the sledgehammer that is called ‘Inside Out’. It’s a very catchy song with heavy guitar riffs like only Five Finger Death Punch can make. ‘Full Circle’ and ‘Living The Dream’ are other typical 5FDP songs. ‘A Little Bit Off’ is a slow song which has a high Nickelback vibe.

I can go on like this but bottom line it this a typical 5FDP album. ‘Bottom Of The Top’ and ‘To Be Alone’ are catchy as fuck. ‘Mother May I (Tic Toc)’ simply has to be in their live set. But that’s just my opinion. ‘Darkness Settles In’ is a beautiful slow song, typical of 5FDP. Think back of their older songs like ‘Coming Down’ or ‘Cold’

‘This Is War’ is the hardest track on the album while ‘Leave It All Behind’ could be a song from their third album ‘American Capitalist’. ‘Scar Tissue’ is one of the most catchy songs on the album. We end the album slowly with ‘Brighter Side Of Grey’. A beautiful ending. This new album is catchy as fuck and that’s actually what we want from 5FDP. 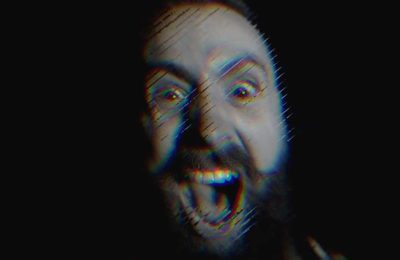