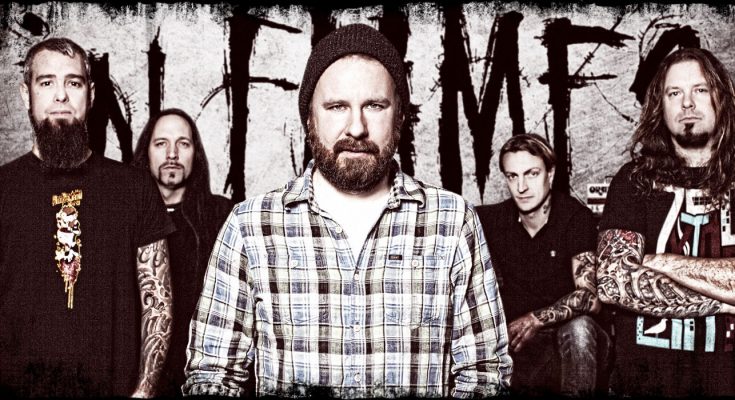 We had the chance to talked to lead guitarist Niclas Engelin from the Swedish melodic (death) metal In Flames at Graspop Metal Meeting 2017. We were honored to be able to talk with the headliner on the event’s Saturday! 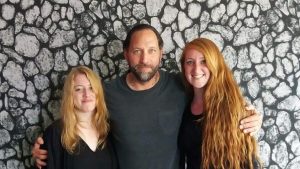 Thank you for this opportunity Niclas! You are the headliner of Graspop today. How does that feel?
Yes, it’s awesome. I like it! Yesterday we were the headliner on Hellfest in France and now today at Graspop in Belgium.

I noticed that today another Swedish band Avatar opened the Main Stage. Two Swedish bands from the same city Gothenburg opening and closing on Saturday. Do you know each other?
Yes, we do. I have another band called Engel and we rehearsal in the same buildings.

A friend of us and big fan wanted to ask you following question: “There is an discussion between fans that there is a difference between the old en new In Flames because of band members leaving en new ones joining. How do you feel about the changes?”
I’m happy to be here now. Now we also are headliners so the changes are not bad for the band en it’s a sign that the fans like our music. We have been around for more than 20 years, of course there have to be some changes. Now today touring for a long time can be hard, because we have families and children now. Our life experiences throughout the years also change our music.

Do your children, being so young, understand that their dad is famous?
Yes, they understand I think. I miss a lot, they grow fast. But we Skype a lot when I’m touring for weeks. I’m very lucky to have a wonderful wife who supports me. I eat, live, breathe music and she understands this.

You use a lot of guest singers. How do you choose them? Are they friends?
Some of them yes. Sometimes they come to us and then we decide if it’s possible to do. Sometimes we listen to our new songs and think another voice can be nice as an addition to the song and then we start looking for a vocalist.

Do you have a favorite song to play live from In Flames?
Pallar Anders Visa. I’m just cool with it.

Do you have a ritual before going on stage?
I’m nervous before I have to go on stage. I have so many butterflies in my stomach. You have to have that! The day I don’t have that, I won’t be doing this anymore.

You grew up in Gothenburg. Dark Tranquillity and At The Gates are also from there. How was it like growing up their and starting your own bands at that time?
We were lucky to have Music centers in Gothenburg and also in other parts of Sweden. You were invited very young to join these centers. I was around 6 years when I joined. And you grow op together, learn how to play on instruments together, you learn how to write music, how to perform, make a show,… You could use the instrument free and you could record your songs as well. Back then and even now, some can’t buy a drum or guitar. These centers provided this for us and supported us. Unfortunately, these music centers are almost all closed now. In a way, Sweden has indeed delivered many great bands and names throughout the years, even Amon Amarth made use of these centers. We all hung out together and supported each other. It was great.

If you weren’t a musician, what would you be doing?
A construction painter or a soccer player.

Do you still play soccer?
No, I wish I had more time for it sometimes. I was a good player.

Which band would you choose as a headliner here today?
King Diamond or Candlemass. I like their music a lot!

You’re touring in many countries, does the reaction from the fans change in different countries?
Not really different. Or yes, the Americans are much louder than here. In Scandinavia they’re also a bit quieter or colder, but that does not mean they didn’t like it, on the contrary even.

What would you like to change for In Flames in the future?
I want to move the entire production to the States, which could give us even bigger opportunities than we now have.

Thank you so much for this interview and your time. Good luck on stage!