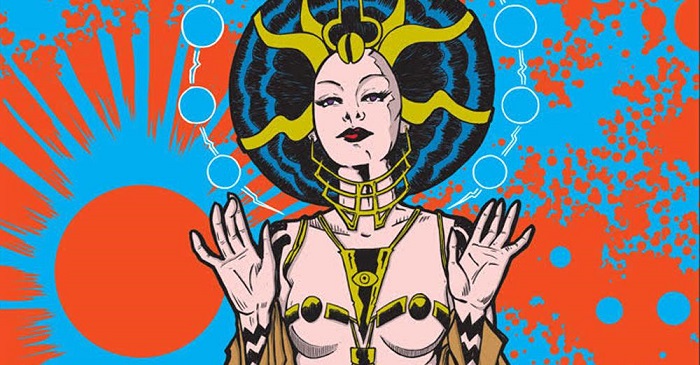 On a regular Monday, the 26th of march, the local stoner community gathered at Het Depot in Leuven to see Fu Manchu play. Promoting their latest release, “Clone of the Universe” (read our review of the album here), the Californian stoner legends put down a memorable and energetic show, together with the locals from Fire Down Below.

Fire Down Below (***) is a fairly unknown band straight out of the rich scene in Ghent. They released their first album Viper, Vixen, Goddess, Saint just last year and are currently working on promoting it. No better way to do that than to support a band like Fu Manchu, and the youngsters were clearly, of course, very flattered to be offered this opportunity. The foursome put down a whole bunch of heavy riffs, supplemented by simple, yet impressively groovy tempo’s by the drummer.

Striking was the very strong cooperation between the four musicians, creating a rich and big sound. Because of this, the vocalist sometimes sounded a little faint, even though the melodies he created onto the guitars worked really well together. A little too much distortion was put onto the lead guitar, overpowering the rest of the band during softer psychedelic parts of their set. But in the end, Fire Down Below played a heavy grooving set and surely left an impression on every person in the audience. 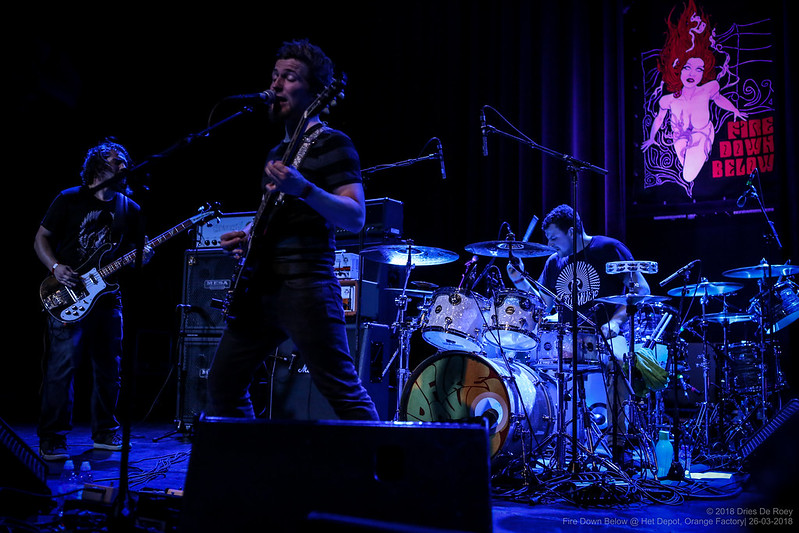 After getting some drinks in the weird and uncomfortably organized bar, Fu Manchu (****) entered the stage. Their recognizable and perfected fuzz sound filled Het Depot and the band kicked off with a banger: Eatin’ Dust. The title track of their latest release was next. Next to other tracks from the latest album like (I’ve Been) Hexed, Nowhere Left to Hide and Il Mostro Atomico, classics like California Crossing and Mongoose were performed too. While their latest Clone of the Universe surely isn’t a bad album at all, we’d have to say that most people, including ourselves, had the best time when they played older tracks. 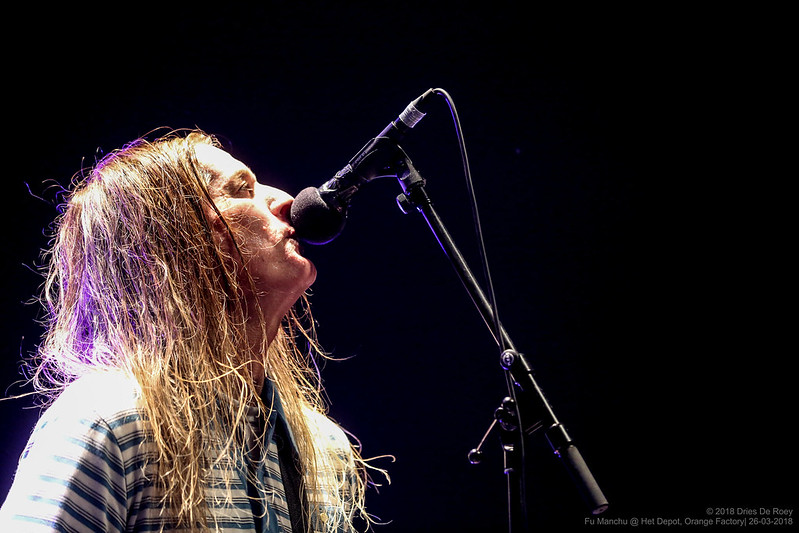 When they started playing the legendary wah-wah filled intro from Evil Eye, every single person in the audience started cheering. The crowd had obviously been enjoying the show, but it was at this point that people really started moving. Except from Laserbl’ast, this was the only song Fu Manchu played from their infamous album The Action is Go. This, plus the fact that they didn’t play their amazing cover of Godzilla by Blue Öyster Cult, proves that Fu Manchu aren’t performing just to please the people that like their older music. The band is still playing, not to satisfy the crowd, but because they like doing what they do. 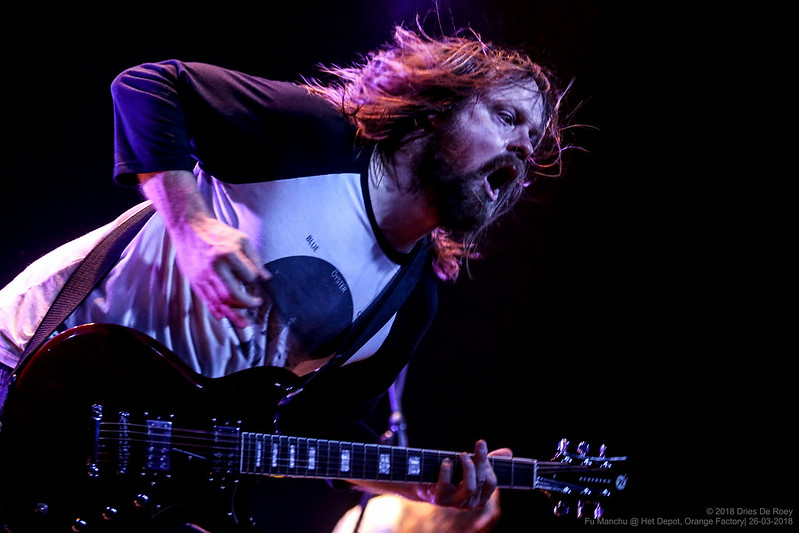 And Fu Manchu are, still, good at what they do! The band left the stage after playing Il Mostro Atomico, the last track of the latest album. This would have been a good ending of the set too, but the audience didn’t want to go home yet. An encore followed and the band played their catchy Boogie Van to finish off the evening. The band might have had their best time, but they’re still full of energy and the show was more than worth it!

All pictures by Dries De Roey.