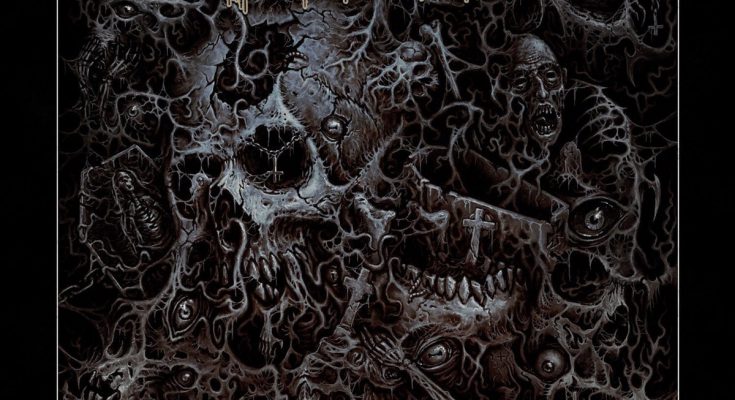 Gods Forsaken is a super group outfit that includes a number of talented and veteran musicians from Europe. The five members are also associated in other death metal bands, the line-up includes the led guitarist Gustav Myrin of Just before Dawn, guitarist Alwen Zuur of Asphyx and Grand Supreme Court. Vocalist Johnny Pettersson of Nattravnen, Ashcloud, and finally drummer Brynjar Helgetun aka Mr. Harbinger.

Only two years after debuting the first length studio album, Schweick immediately initiates with his newest output Smells of Death. The first album In a Pitch Black Grave has raised many eye brows for the superb performance and overall execution and received high rates. And before we go through the contents of the latest album I advise you to check out that first album. Smells of Death is an infernal death metal soundtrack that builds upon the Swedish HM-2 buzz-sawing sound. Combining the lineaments of the old school death metal in virtue of bands such as Dismember, Entombed and Grave. The International death metal band whose members are from Sweden, Norway and Netherlands utilize a notable proficiency on the second album. The level of skills and teamwork resulted into another strong and successful album by these veterans.

The sledgehammering mechanism of the bulldozing drums and the rampage of the death metal riffs strike at full blast. And acts like a heavy artillery, charged with vicious lead guitar segments which provides great memorability to all nine tracks. Gods Forsaken isn’t a repeated model which has the only purpose to replicate the style of the Swedish death metal. This super band is well- defined by frenzied riffs, boosted by gruffly demonical growls of Johnny Pettersson aka Caligari. This is rather a modernistic exemplary that aims to represent the old school death metal in a new creative form.

The thrilling climax of album is sets upon the opening track Smells of Death. Where the extreme onslaught of the buzz sawing guitars gets hold of the listener. Soon as the grinding and pulverizing bombardment of the drums kicks in at full throttle. The second salvo They Crawl begins with heavy artillery and strikes hard by the powerful heavy guitar barrage. Combining grooves and grinding drums the blast beats outbreaks in your face. The massive performance concentrates on guitar riffage and grinding drums.

The guitar intro on the third track From The Inside They Came embodies a solid militaristic riff, the drums are charged up firing on all cylinders. The war like riffs and heavy crushing drum beats wreaks havoc. The album is surrounded by a massive and energetic feel, of the enormous guitar riffs and solos that provide a powerful sound. Smells of Death is an aggressive album if compared to the debut album, each track on the album is designed to create an access to the flurrying melodies that sweeps in and out.

The performance are undoubtedly powerful, Johnny Pettersson’s mighty growls are vigorously brutal. There is a considerable amount of melodies that overflow within the framework of each of the nine tracks. Gods Forsaken approach to death metal differs from the other Swedish death bands like Demonical. Concerning the rapid increase of the melodic elements I can say that they somehow differ a lot from melodic styles of the German death metal band Revel in Flesh.  The Process of Death is another adrenaline death metal track set by the destructive loud riffs of the chainsaw guitars. Gods Forsaken trademark style relies on dynamism which is brought by strength.

The band stands on a solid platform as they have inherited the legacy of the Swedish death metal. Smells of Death re-defines the band’s musical style, the art of composing horror themes and aggressive music is achieved through the potent riffs. Which also includes many hooks of the guitar segments, solos and the intertwining melodies. This what happens when you combine professional musicians from bands such as Asphyx!

Other tracks like Dead and Buried and The Dead Laughed are reinforced by crushing grooves. These two tracks offer a dose of melodies where the instrumentation are superbly performed. The maniacal bludgeoning of the drums on Birth of Insanity will seize your attention. The most memorable tunes are conceived by the beautiful lead guitars. Smells of Death is an outstanding album for the fans of old school death metal, this is highly recommended!!! 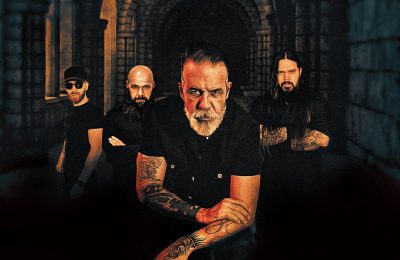