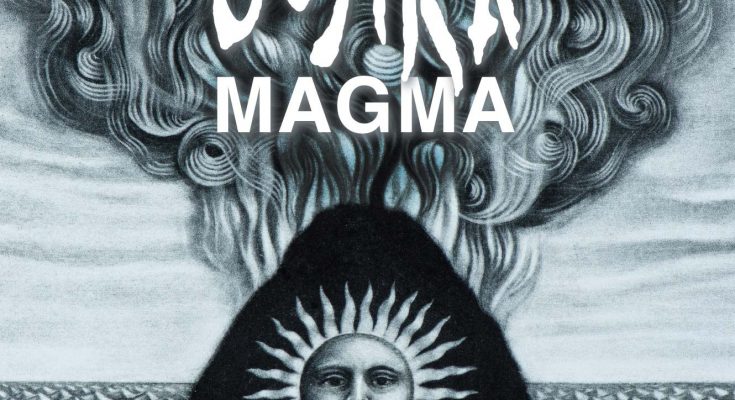 On their sixth studio album Magma Gojira leaves the beaten path once again. A path of inspiration for many bands that they have created themselves. It is clear that this band does not wish to stand still and rehash older material. Because of this they gave me quite a challenge to review this new opus. If it would have been any other band, I might have given up and skipped through the album. But if it’s one thing Gojira is good at, it is to challenge you to look inside.

The unconventionality already starts with the first track The Shooting Star, where the slow stumping rhythms offers a big contrast with other opening tracks on previous albums such as Oroborus (The Way of All Flesh) or Explosia (L’Enfant Sauvage). Singer Joe Duplantier displays a softer, ethereal vocal style here and on other tracks throughout the album. This is definitely an aspect to get used to, but with even less brutality Gojira can still pack a punch.

Has Gojira then abandoned all neckbreaking riffs? Obviously not, since on Silvera we are thrown in their usual violent maelstrom of chill-inducing harmonies and insanely intricate drums of Mario Duplantier. Together with the memorable lyrics of the chorus this is an instant classic.

Time to open your eyes to this genocide

When you clear your mind you see it all

You’re receiving the gold of a better life

While The Cell will please old school fans, Stranded again challenges the listener. A shorter, repetitive track where all the complexities are turned down a notch. At this point I wish I had a wider vocabulary of a musician, but you will instantly recognize what I mean if I tell you to pay attention to the mechanical high pitched guitar sound. A little technical twitch that is repeated a lot on the track Only Pain later in the album. Gojira again experiments with sounds and makes it fit right in their music. You can be sure that for the years to come this technique will be replicated by other bands. Remember where they got it. Gojira is treading on new grounds once again, paving the way for others.

The instrumental stoner track Yellow Stone leads us to the second half of the album where the brutality is even less pronounced and the band digs deeper in more emotional atmospheres. The album’s title track Magma picks up with the dreamy, ethereal atmosphere of The Shooting Star. Similarly, Pray is a slower track that makes you wait for some of the best mosh riffs of the album. A fascinating, although sad aspect of this album is that half of it was recorded when the Duplantier brothers had to leave their own Silver Cord Studio in New York and return home to their sick mother in France. Joe and Mario had to say goodbye to their beloved mother and spent some time touring before returning to the studio to finish the album. Undoubtedly their psychological state of mind has left an impact on Magma’s sound. A perfect example of how emotions can be translated into music.

Magma is a shorter, less complex, less aggressive album, but all the more emotional. If you were hoping for your regular fix of brutality, you might want to go back to their older albums. With Magma you are in for a transcendental journey. Drop your expectations if you are hoping for an album in the same line as their previous works. Gojira has thrown things around a lot and it will take you several listens to really get a grasp on the album. I believe this record can be a turning point in their career. The French can take their style in completely new directions once again on the next album or maybe Magma will always be the oddball in their discography. Only time will tell. 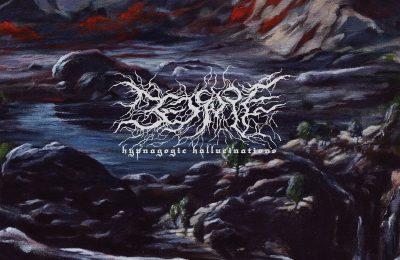