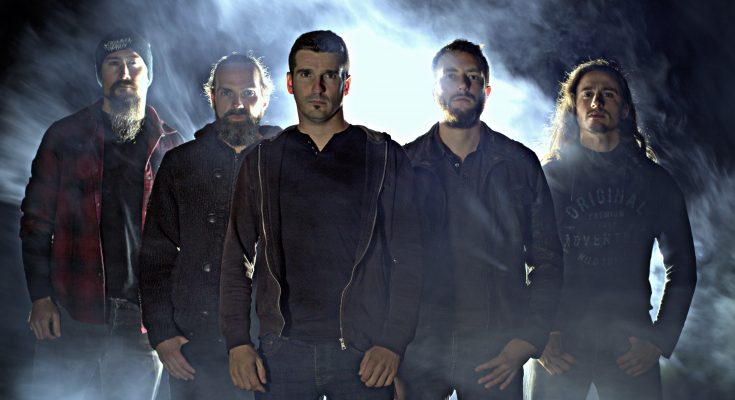 The French technical death metal masters in Gorod released their latest album Aethra in 2018. It was well received by the media and fans of the genre from all over the world. I had the chance to interview vocalist Julien Deyres and ask him about the album, the metal scene in France and some influences that inspired them to write this album. As a fan of the interesting french metal scene, I was very grateful Gorod gave me this opportunity! 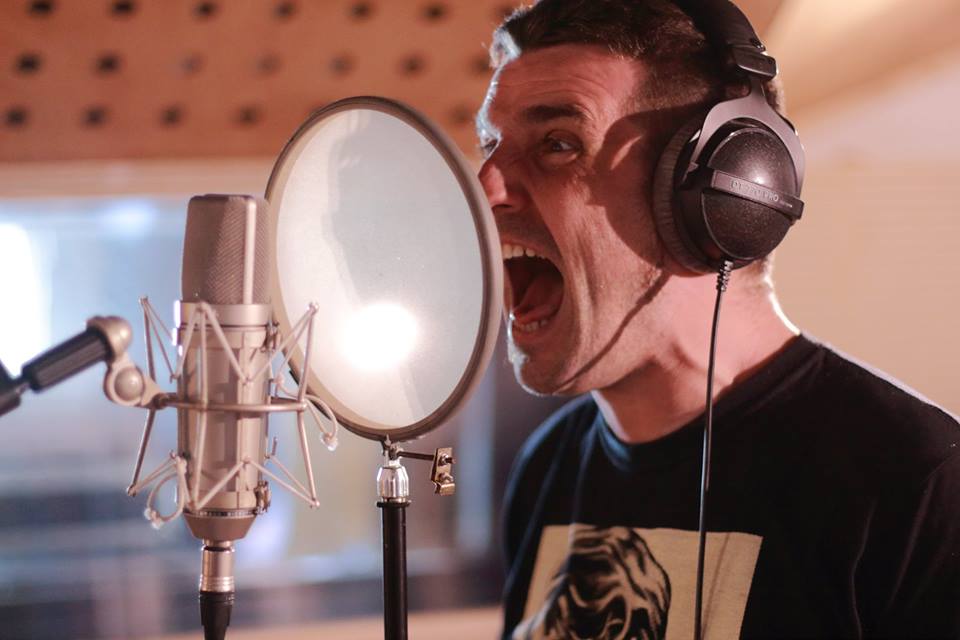 Thanks for doing this interview, how are you guys?

Hello! You’re welcome. We feel pretty fine now because we just finished our first euro tour with our buddies from Beyond Creation, Entheos and Brought by Pain, and this one was a really good start to promote our bands new album “Aethra”. Now, we feel ready to conquer the world! (laughs)

Some people call Aethra your most ambitious and even best records. How do you feel about this?

To be honest, I really feel like this new effort is the best thing that Gorod ever released. I personally joined the in 2010 as Gorod already had released 3 albums. Their second album “Leading Vision” had always been my favorite one and in my opinion, we never managed to overcome its songwriting quality until “Aethra”. This is probably the most various album of Gorod (except the “Transcendence” EP which is pretty experimental), and also the most homogeneous that makes it the easiest album to listen in it entirety. For example, “Process…” and “A Maze…” are both great, but I consider them too much as “music for musicians” which can lose the attention of non-hyperspecialized listeners. So in the need, as a musician, I have never felt more satisfied than after the release of “Aethra”. It feels pretty good, I must say!

If we compare Aethra to Gorod’s previous releases, I can really spot some differences in the way the songs are put together. Correct me if I’m wrong. Did your writing process evolve?

Concerning the writing process, there is no specific evolution since. Mathieu (Pascal) is and always been the mastermind and main composer since the very beginning. Except few tiny exceptions, he always writes the whole music but the fact that sometimes change is the delay of the writing process. For example, the albums “Process of a New Decline” and “A Maze of Recycled Creeds” were composed in more than one year whereas “A Perfect Absolution” and “Aethra” have been entirely written, recorded and released in only couple of month. Emergency writing can have a considerable impact on how sound the final work. Moreover, both these albums are the only ones who not mixed and mastered by Mathieu himself. He usually does everything: writing, recording and mixing (and artwork too), but these times he handed over to others.

One thing I always want to know when I hear technical bands: How do these songs come together?

Haha! All this is actually more simple than it can look from afar. In this band, there is only one composer who creates the whole music, so there is almost no discussion during the process, but few suggestions of stuff that some of us would like hear. By the way, composing such a complicated music is something pretty natural so Mathieu. He’s really into complex rock and funk from the 70’s and he has always been an admirer of crazy musicians like Chick Corea, Al di Meola, Marty Friedman and Jason Baker whose you can hear the influences when you listen to Gorod’s compositions. In the end, the songs come together in a natural way, fast and spontaneously, just like was created “Aethra”. The less you think, the more everything fit together! (laughs)

Next to this complex music you also have some interesting themes in the lyrics. Can you tell something about the overall themes? Where did you get the inspiration to write these?

I am actually an art historian working as a tour guide in France. So my passions are connected with everything that is about culture, art and heritage. Since I joined the band, I always developed themes that are linked with I study and enjoy. Concerning the album “Aethra”, I found the inspiration during an exhibition of Paul Gaugin in Paris (Grand Palais). It was a very interesting retrospective in which I discover a Polynesian cult of the moon goddess Hina which I never heard of before. Right then I decided to work on a concept about only the moon and its different devotions and cults through ages in various people in the world. I actually often find inspirations in libraries, museums and the when I wander alone in the streets and get lost in my own thoughts.

How do you manage to keep the band recognizable and interesting, since there are so many skilled technical death metal bands these days?

As I mentioned before, I think that this typical recognizable touch comes from our mastermind Mathieu. As an autodidact musician, he developed his own personal way of playing guitar and composing music with many various stuff he’s into. He can play funk, jazz, rock and more, and thanks to this versatility, it surely helps Gorod’s music not to be too repetitive and have this specific style that sounds always pretty fresh.

The metal scene in France is growing, we can’t deny that. What’s your opinion on the French metal scene? Do you get a lot of attention in your country and do you have the tools to grow as a band?

Absolutely! More and more french bands manage to get an international recognition yet. I think that the scene is pretty good now, mostly Black Metal and Electro/Synth Wave scene which are pretty creative and famous worldwide now. But when you play Death Metal in France, things are not that easy. Majority of our support is located in few big cities but for example, but we still don’t manage to take part in the biggest fests because our music is still considered underground. Lately, only Benighted and few others managed to get the recognition they deserve but we still feel like it is very hard for us and that we still have a terrible lack of support in our own country. But never mind, we’ll keep up the fight!

Being very skilled musicians, are there bands/musicians you look up to or even get inspired from? I can only assume there are also a few non-metal musicians you like…

Indeed, the majority of us don’t listen that much to Metal. Music is a huge world that would be a pity to sum it only with the Metal scene, which is actually another huge world, by the way. But basic inspiration of Gorod come from the 70’s and early 80’s. I already mentioned few names before but I could also add bands like Led Zeppelin, King Crimson, Funkadelic, John McLaughlin, Django Rheinhardt but also younger ones like Rage Against the Machine, Infectious Grooves and System of a Down.

I personally listen to a lot of hip hop : Busta Rhymes, Tech N9ne, EL-P, Slaine, Gang Starr… and classical music like Stravinsky, Chostakovitch, Wagner, Berio, Satie… But at party, when we are all together, we mostly listen to Electro music, minimal, synth wave, jungle and dub step. There is a time for every kind of music! (laughs)

You’ve been around for a while now as a band. Already being a big name in the technical progressive metal scene, are there still goals that you want to accomplish as a band?

We’re here for a while but you know, at every show and anywhere I see some dudes with a death metal or even tech death metal band shirt who have NEVER heard of Gorod before. This is just a single example but I think we are still really underground and we still have everything to accomplish. Even after so many years of hard work, I still feel like this is just the beginning, which is both frustrating and extremely positive because it keeps the will to overcome yourself and go ahead no matter what.

Thank you again for this interview and keep up the good work!

Thanks a lot for you questions and support! Hope to see you on the road and chat for real, having a drink or ten! Cheers!

I’ll definitely keep those last words in mind and will go check them live as soon as I can! Do yourself a favor and go check out Aethra, a refreshing technical piece of art, and dig deep in the lyrics and music!