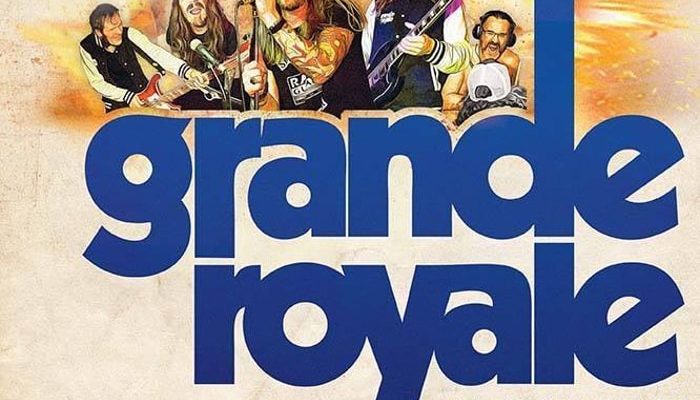 Last year I discovered the Swedish Rock ‘N Roll machine Grande Royale when reviewing their latest album “Breaking News” (for the review go here). So when I noticed they were passing by in the neighborhood on a small tour in Finland, I just had to check for myself if their live shows were actually the energy bombs that they promise. So there I went on a cold night in February to the legendary Tavastia Rock Club in Helsinki for a rock ‘n’ roll party with them and the Finnish band The Empire Strikes as the warm-up!

When The Empire Strikes (****) kicked off the night, the room seemed only filled partially, but they didn’t hold back one bit. The Finnish rock ‘n’ rollers brought the heat and energy immediately to a higher level and kept it up for the rest of their set. Vocalist and guitarist Tommi is a clearly passionate musician throwing himself completely in the music. And so is lead guitarist Topi, who was dancing to the music, jumping around and even threw himself on his knees on stage during damn rockin’ guitar solos. 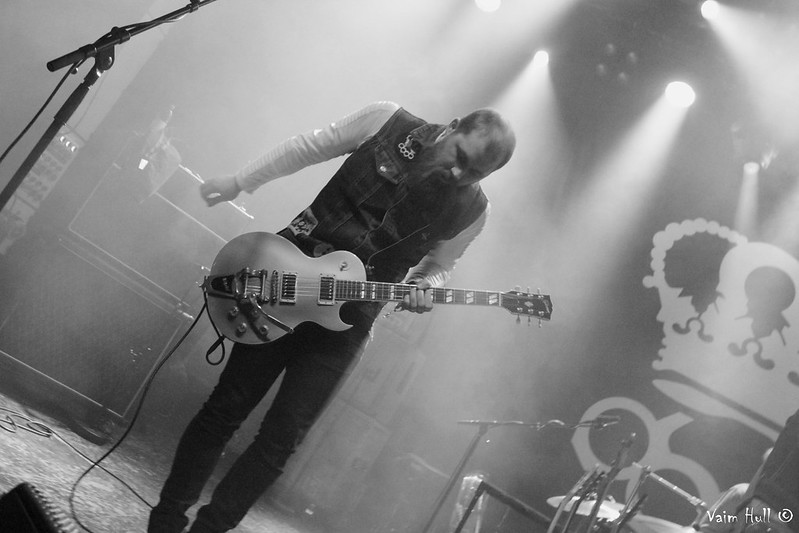 On regular occasions Tommi, Topi and the more stoic bassist Paavo looked each other up to play their music to each other or lean against each other and they just seemed to have a lot of fun on stage the whole time. I have to admit that I wasn’t really convinced when I just briefly checked out their music online, but they really blew me away and got me to join their camp with that energetic show. I definitely need to check their music again! Afterwards they also told me they should start working on a new album to hopefully release it this year still, something to look forward to… 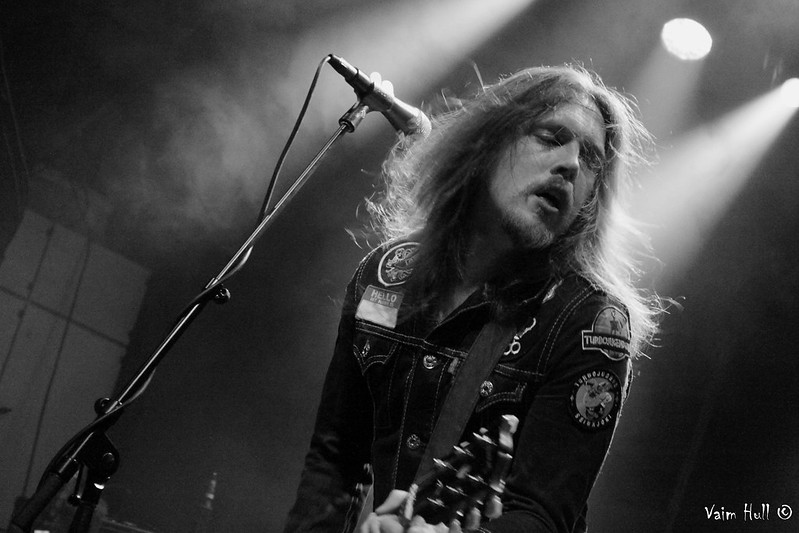 Having themselves promoted as “hi-energy” and “the most explosive band is coming to Finland!” on their specially made posters for the Finnish tour, Grande Royale (*****) set up quite the high expectations. And for me they actually met every single one of them and went even beyond… Their highly catchy and energetic Rock ‘N Roll and Hard Rock just blew the roof off Tavastia Club (and that venue can handle quite the beating)! Setting the mood with a little intro while the band came on stage, they kicked off their gig with Know It All, the opening track of their latest album. 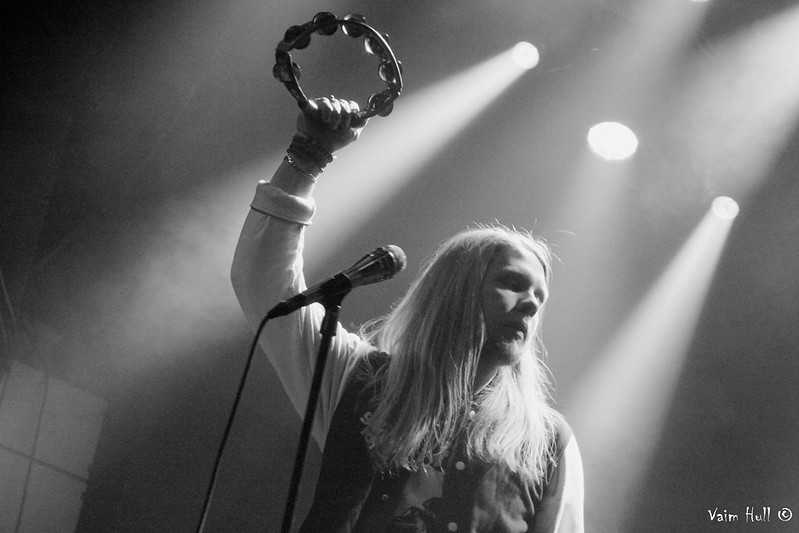 The song opens with a blistering guitar solo that I dubbed in my album review “showing that they mean business” and that’s exactly what they did here too… The energy immediately went through the roof and no one of the band stood still for one second. The five guys clearly are a bunch of friends united for just one goal and that is rocking the world like there’s no tomorrow. Besides the cool little gimmick of the “uniform” they wear under the form of Grande Royale high school jackets, they all came together as indeed one of the most explosive bands I’ve seen in the current rock scene. 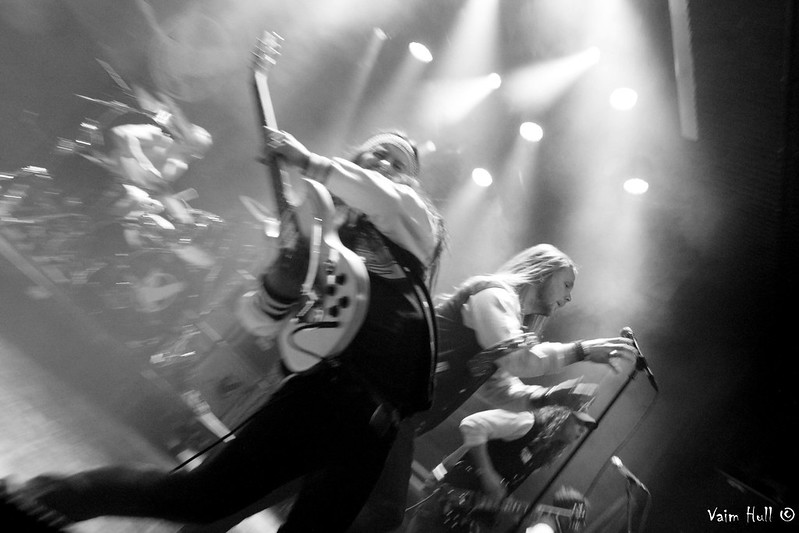 Vocalist Hampus leads his troops most skillfully with vocals and a passion that matches the overall energy, including the regular use of  a tambourine and little tics that work perfectly as a Rock ‘N Roll singer. Guitarists Gustav and Andreas let their guitars fly and soar through every riff and solo they crank out of those things, running around, going on their knees and going into a little solo dueling at a certain point. 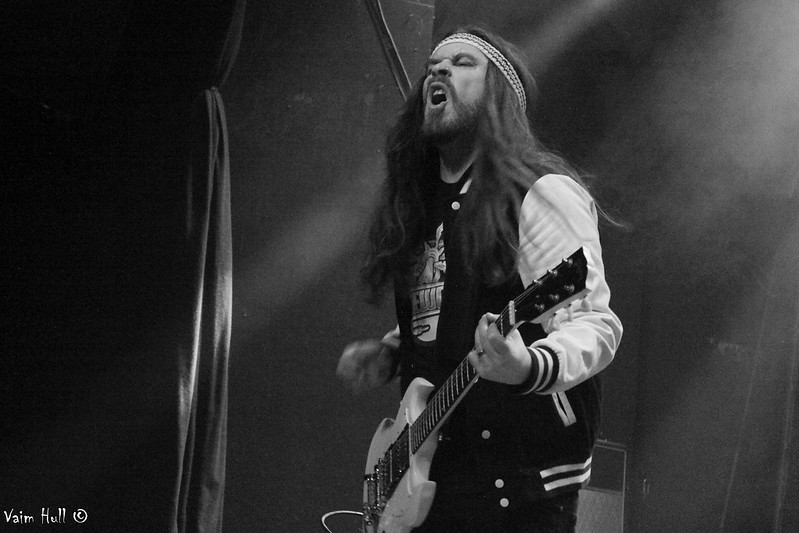 And then I haven’t mentioned the rhythm section yet with one of the most active and energetic bassists I’ve seen since long under the form of Calle and the explosive beast Johan behind the drum kit. That the guys are damn passionate about playing their music is crystal clear and they show their friendship on regular occasions by hugging each other, laughing and just radiating pure fun. They played a great mix of new sons like the blistering Got To Move and catchy Brake Light and older songs like Grande Royale. 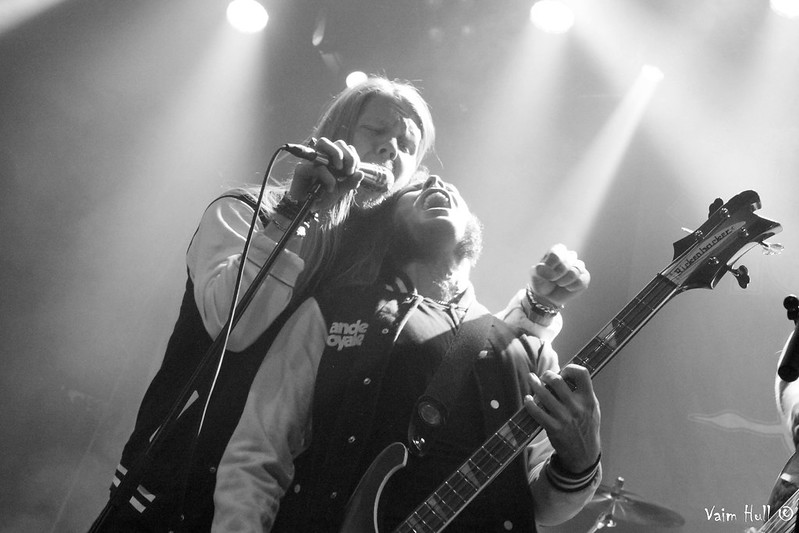 But the cherry on top was the debut live performance of the song they wrote with the guys of The Empire Strikes when they had some free time on their hands when they toured together earlier, introducing it as “This is going to be a fucking disaster”. On the contrary though: what a damn rock ‘n’ roll finish was that! 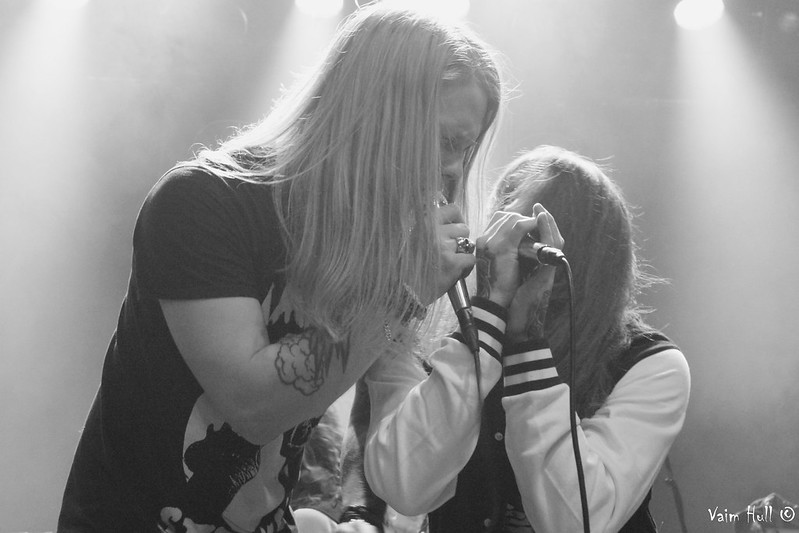 For more pictures, go check out our photo coverage here!