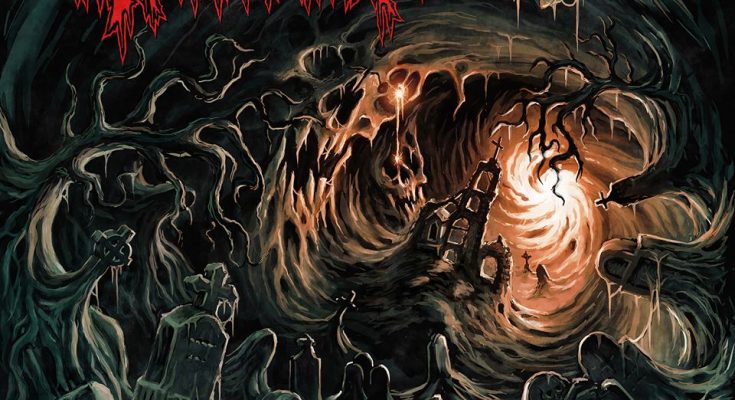 Gravestone revisits the nineties classic era of Swedish death metal, the pure influence on this record can be described as classic Entombed worship. Penki Samuelsson’s motives are very clear in this sophomore release. Gravestone wastes no time for they have prepared to stomp your skull with several catchy tracks. Fucking your corpse in Hell is one of the highlights, that reminds me of Bloodbath. The guitars are tuned to maximum piercing sound, the songs are fired up with excellent riffs from Magnus Karlsson and Penki Samuelsson. Murderous Intentions will have enough hooks on you, the track is consistent and contains macabre solos. The old school death metal direction is explicit, from the HM-2 Buzz-sawing guitars, the brutality, melodies and even some punk influences.

Tomas Salonen exhibits his talents with d- beats and formidable blast beats. In the Valley of Coffins has the Entrails guitar signature, the solid grooves and pummelling death metal are severely harsh. The album grows on you and pulls you into its maelstrom. Rotten Kill kicks in with twin melodic guitars, the growls are brimmed with hatred.

Gravestone throws plenty of sickening riffs, each instrument is almost flawless in performance. The crunchy guitars continue to work their morbid tunes, Unholy Mess is another raw track on this album. By the Knife fulfils the sickness from these Swedish lads and brings the album to a malignant finale.