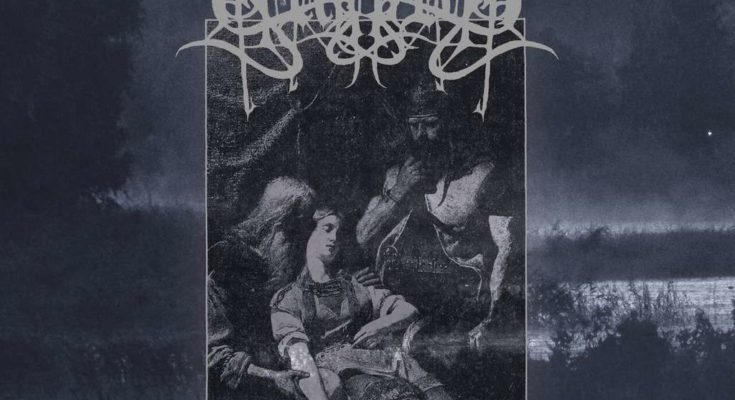 Mastermind and multi-instrumentalist Swartadauþuz has been quite active in the past few years. The prolific Swedish artist is associated with tons of project bands such as Bekëth Nexëhmü, Gardsghastr, Musmahhu, Summum, Tyranni, Azelisassath and many more. He became widely known most notably as a musician in the extreme metal underground in Sweden. One could really wonder how many more bands revolve around his musical creativity. The year 2019 brought some of Swartadapuz‘ work to light with the likes of Musmahhu‘s debut album Reign of the Odious and Gardsghastr‘s first studio album Slit Throat Requiem that featured members of the U.S. symphonic black metal band Chaos Moon. And finally the sophomore release of his solo band Bekëth Nexëhmü “De fördolda klangorna”. In August 2019 Greve debuted the first EP “Nidingsdad utav det uråldriga” via the underground label Purity Through Fire.

Following the release of the highly acclaimed debut album of Gardsghastr “Slit Throat Requiem” released last year through Profound Lore Records, the Swedish duo Lik and Swartadauþuz unleash the first full-length studio album of their new band. “Nordarikets Strid“ translates to “The Battle of the North” and is masterfully crafted with ethereal melodies of harrowing synth, steered by driven tremolos and blistering drums and dark melancholic screeches. The atmosphere aesthetically embodies the majestic art of the 90’s black metal.

Swartadauþuz‘ dexterity enables him to revive the forgotten principles of the second wave of nineties black metal. “Vid dödens tröskel” begins with a majestic feel of atmospheric synth, clearly reminiscent of Emperor “In the Nightside Eclipse”. The swelling tremolo awakens a deeper sense of emotion and depicts an enthralling picturesque of spiritual mysticism. “Nordarikets strid” includes six symphonies and an intro and outro. The Swedish duo opens the dusty tomes of the old school black metal and weaves a masterpiece of musical orchestration. As they contrast the vast elements of symphonic/melodic superiority.

The musical qualities of this debut album contemplate over the classics of the early black metal bands such as Abigor and Emperor. Since the release of the Gardsghastr album and Bekëth Nexëhmü‘s, I became affectionate with the musical art of the Swedish composer. The ability to draw creativity into each of his project bands makes him adept, and this why each of his project bands is very different from the other. The second track “Nordarikets strid” combines the cold atmospherics of wintry black metal. The mid-tempo riffs and the layering of synth are paired to increase the density, the duo recast the cosmic spectrum, hence Greve combines the sense of majesty and grandiosity.

Despite symphonic elements, the album is not identical to Gardsghastr‘s debut. “Nordarikets Strid” encapsulates the ethereal and the mystical elements in a dramatic way. Lik‘s vocal role is prominent and characterized by sharp screeches. Overly dramatic with a drifting sound of the cold synth, the drums provide a striking blizzard of blast beats. The omnipresence of the thick and dense guitar riffs are added to the hazy atmosphere. For instance the ethereal synth on the fourth track “I Svarta solens magi” is fully contrasted by the dark and ominous screeches.

The imposing display of the symphonic majesty on “Det Gamla rickets ruin” is stemmed by the blazing guitar riffs and piercing tremolos. “Nordarikets Strid” is filled with the art of symphonic black metal that was once mastered by bands such as Emperor. The songs on the album meander through the mystic air of heavy orchestration that ebbs and flows constantly. Many moments on this debut the soaring guitars create an impenetrable wall of sound. Yet one of the most memorable and beautiful guitar segments is featured on “I nordiskts vrede”. The guitar melodies on this track provide a spacious atmosphere, build on those melodic guitar lines and minimalist synth.

The final track “Offerbal till gudarna” is another presentation of compelling symphonies. Brought by the blistering pace of the drums and ethereal soundscapes, yet atop the layering synth, the foreboding screeches soar high.

The atmosphere becomes shrouded by the swirling riffs which emphasize the spectacular effects of the flowing melodies. Swartadauþuz exerts the cold riffs of Nordic majesty and weaves mystical landscapes of veiled forests. The duo possesses many sophisticated degrees of musical creativity. Nordarikets strid is a masterpiece of an album that defines the art of symphonic black metal.