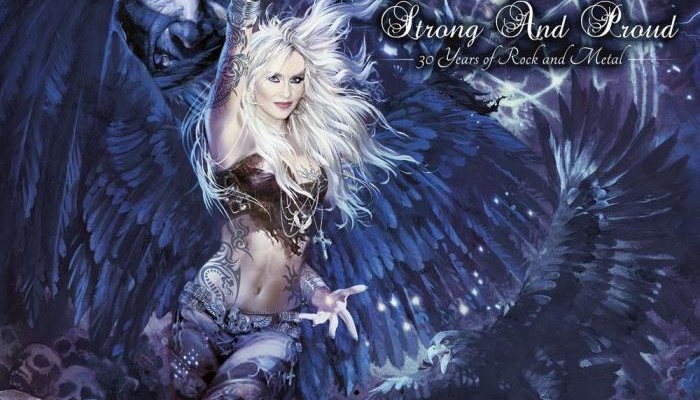 At Nuclear Blast Records they kicked off the weekend last week with an official live video of the Queen of Heavy Metal Doro. You get to see her perform Bad Blood with Mr. Lordi himself. You can see this and much much more on the to be released live DVD Strong And Proud (June 24th)!

And we keep the live music going with Rage and My Way. A live version of the song that can be found on the 3 CD Digipak of their latest album The Devil Strikes Again.

Something many have been looking forward to got released at the moment of writing this article: a new song by vintage rock band Blues Pills. They released Lady In Gold from their upcoming album of the same name (August 5th).

Century Media Records gives us a taste of the upcoming album Where Shadows Forever Reign from Swedish black metal greats Dark Funeral with the song Unchain My Soul. The album is available right now!

A hit of power metal comes through Massacre Records in the shape of the Italian Highlord. They released the videoclip for One World At A Time featuring Linnea Vikström (known from her live vocals for Therion) and is from their latest album Hic Sunt Leones.

And with Schwarzer Engel we get some German gothic metal through the clip for Ritt Der Toten from their album Imperium I-Im Reich Der Götter.

From InsideOutMusic we get the really interesting and catchy progressive song Number by British supergroup Frost*, to be found on their now available album Falling Satellites.

Sumerian Records goed for some electronicore from I See Stars with the song Break from their upcoming album Treehouse (June 17th).

Nashville Pussy shares their love for titties, smoking weed and pussy with Til The Meat Falls Off The Bone from their now available album Ten Years of Pussy.

Cane Hill got stuck in nu-metal and is crushing it with True Love and the highly disturbing video for it. The song comes from their upcoming album Smile (July 15th), to be released through Rise Records.

Going old school hardcore punk with Bl’ast! and Cut Your Teeth. A gem for anyone who’s into hardcore punk in the direction of Black Flag, Bad Brains and company.

A piece of relentless hardcore/thrash metal gets rammed down your throat by Cleveland-based Ringworm and their song Snake Church from the upcoming album of the same name. To be released through Relapse Records on July 29th.

From Wrong we get a hit of sludgy noise rock from their now available album Wrong and the song Entourage.

This week the stoner freaks from Netherlands are back with yet another song from their upcoming album (June 17th) and music video under the form of Dots. To be released through Prosthetic Records.