Home Death Metal Haemorrhage – We are the gore 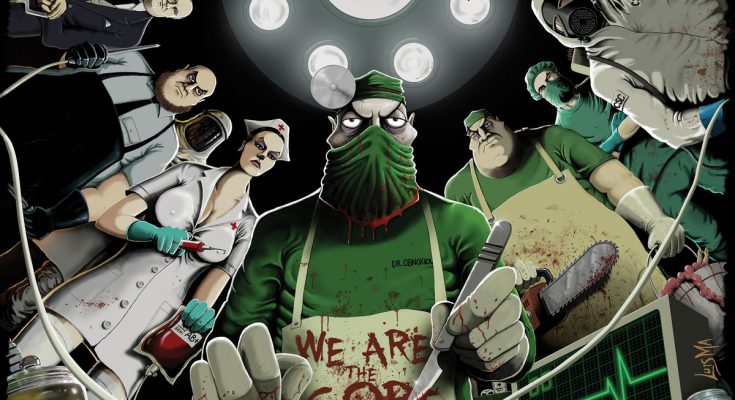 Haemorrhage has been one of the major players within the goregrind scene for over a quarter of a century now. Even at the big (summer) festivals they are often to be found on the line-up which isn’t very common for a band within this horror and gore fueled genre. The most probable explanation for this fact is that they tend to lean more to the side of brutal death metal than their fellow bands which makes them more accessible for a bigger audience.

Haemorrhage tries not to lose the music and the songs as a whole into some kind of sonic ooze in which only some pig squeels and other inhuman noises tend to stick out of. On the contrary, those willing to commit themselves to it might even understand the lyrics and can see that they actually try to compose some coherent en intelligible lyrics and storylines within the slander and muckraking of Luguburious.

Still, this release has all the necessary features that make up a decent goregrind album: absolute organised chaos, blastbeats, a sound that rolls over you like a bulldozer would and a complete absence of breathing space for the listener. The clear transition between the different passages, the presence of solos and the sheer fact that it is possible to distinct the different instruments from one another makes that the material of Haemorrhage is a bit more accessible and digestible than some of their counterparts within the same genre. This is of course a description that can be used on the biggest part of their recent releases which also means that the album itself won’t cause a revolution that will shake the very foundations of the genre. But their fans were probably not waiting on a world changing release which makes that all in all it is a decent album and a nice addition the career and curriculum of these horror surgeons.