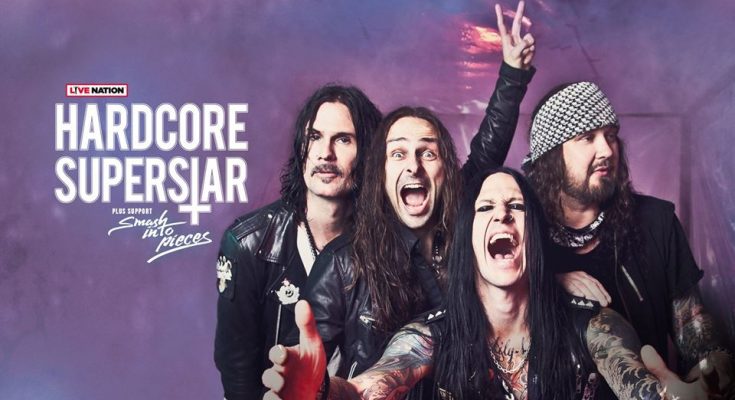 Swedish hard rock machine Hardcore Superstar just recently released their newest album “You Can’t Kill My Rock ‘n Roll” and did a small tour through Finland in support of it, bringing their teachings of the Rock ‘n Roll Church to stages in Finland! Last stop of the RnR train ended up at The Circus in Helsinki on a rainy Saturday night and with support from their fellow country mates Smash Into Pieces, they blew the roof off with one hell of a party!

First of the somewhat poppy rockers of Smash Into Pieces (***). It’s not the first time they invade Finland, since earlier in the year they did a small tour together with the local heroes of Blind Channel. So not too surprising that there were quite a few people from the female side standing at the front of the stage eagerly awaiting the band. And then the time was there: all the lights went out and drummer and mascot The Apocalypse DJ / Sultan Of Swing appeared with the signature helmet lighting up on the face. Pointing, waving and even throwing hearts at their fans trying to rile them up for the start. 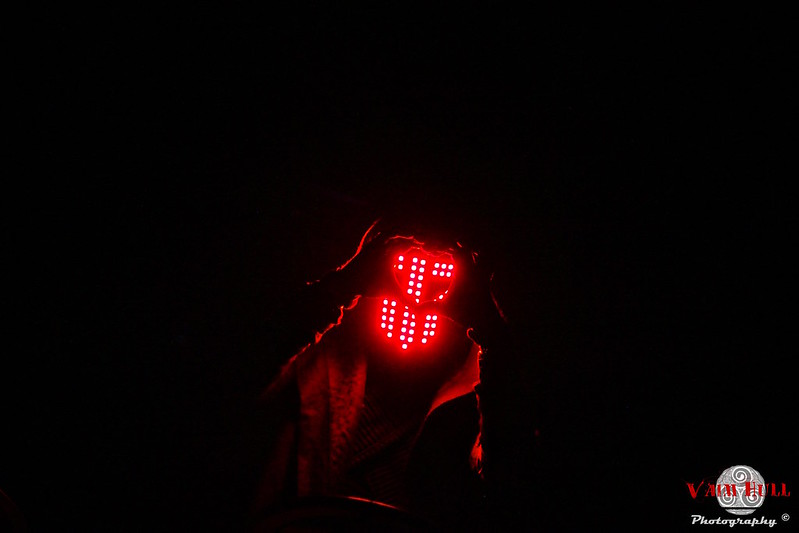 On the screen in front of his drum kit a countdown appears, the lights go on and the rest of the bands jump on stage. Not holding back, they immediately kick off with their highly melodic and catchy blend of rock and metal with a certain amount of pop music infused. Sun-glassed vocalist Chris threw his all into it, showing passion and dedication and together with the energetically hopping around guitarist and bassist, the show was as captivating as it could get. I must say, personally their music didn’t satisfy me for a whole show, sometimes sounding somewhat like a “Nickelback light” and “singalong around the campfire”, for me they came in a bit too light. Still a very entertaining show by a band that clearly is gaining fans by the minute. And kicking off a “Macarena” dance at the end of your show WAS very surprising to me… 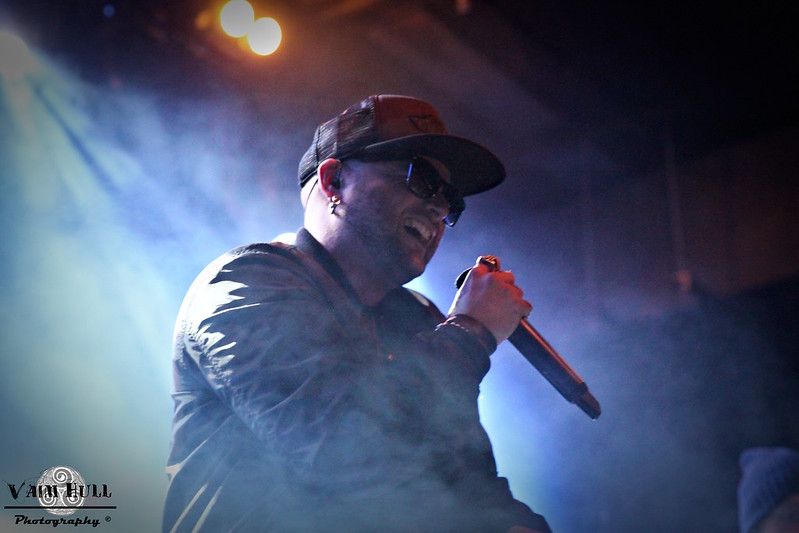 They took the stage pieces of Smash Into Pieces away to make proper room for the main event of the day and quickly you saw church-inspired artwork and sparkly crosses appear, promising you one hell of a rock ‘n’ roll mass! Swedish hard rock machine Hardcore Superstar (***1/2) are known for quite the energetic live performances and they were clearly out for blood following the release of their latest album You Can’t Kill My Rock ‘n Roll. Not holding back any punches, they immediately blasted us with a confetti canon and kicked in with the high energy bomb that is the new track “AD/HD“. 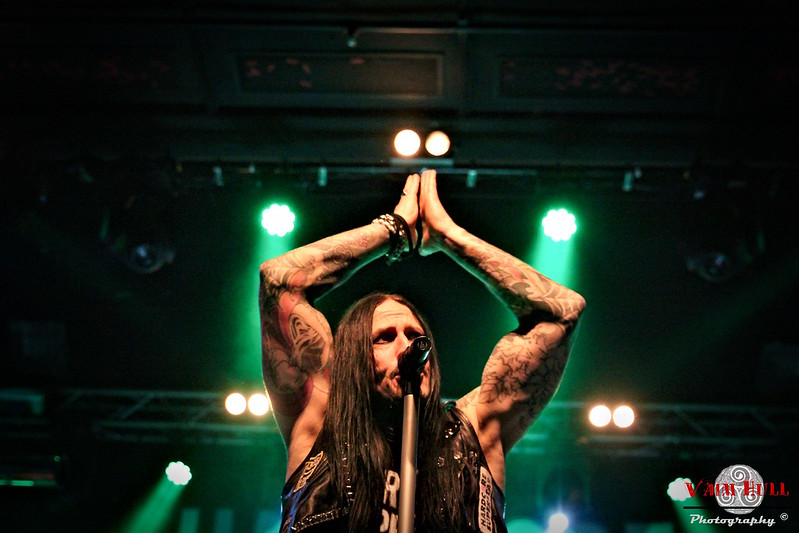 And that energy never went down for a bit if you don’t count in the sometimes a bit weird speeches by vocalist “Jocke“. Luckily they were rarely long enough to drag down the tempo and energy of the overal gig. For a big part that energy was thanks to Jocke, running and jumping around like a madman. With “Electric Rider”, “Bring the House Down”, “You Can’t Kill My Rock ‘n Roll”, “Have Mercy on Me” and “Goodbye” their latest release was of course heavily represented, but old school fans still got a lot of treats with their older work. From start to finish it was just simply a great hard rock ‘n’ roll show. Including a moment for a whole bunch of fans to join the band on stage and have a drink with them. They came, saw and left as champions. 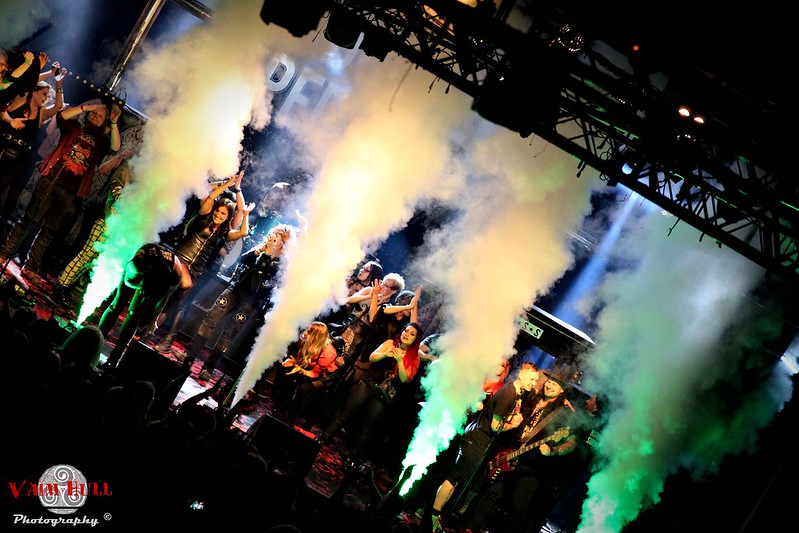 For more pics go check out our photo coverage here!