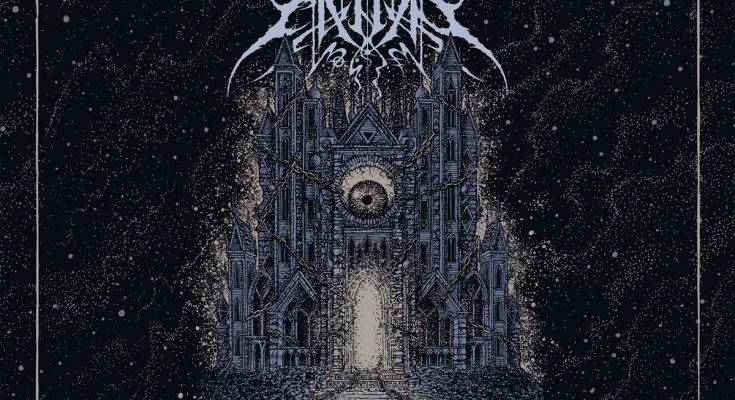 Since the past decade, the city of Reykjavík has become a hotspot for many young black metal bands. These spawning outfits brought a craft uniquely their own. Recently, the underground scene of Iceland has succeeded in defining the modern art of black metal music and brought an unprecedented legacy for this proliferating scene. Some of the prominent bands of Iceland who have set the flame are Misþyrming, Sinmara, Svartidaudi, Wormlust etc.

Hailing from Reykjavík, Helfró is a newcomer to the icy realms of black metal. The band was founded by the duo Ragnar S (drums, vocals) and Símon Þ (guitar, bass, and vocalist). The band has been active since 2017 and was signed by a sublabel of the French Season of Mist, Underground Activists. Helfró is the title of the sophomore album which is set for a release date on April 24.

Perhaps the best way to describe the sonic contents of this album is by the influences from Swedish black metal. Throughout the album, Helfró holds the characteristic elements of bands such as Dark Funeral. The opening track ‘Afeiturn’ begins with a distant sound of tremolo pickings until the drums burst with unstoppable blast beats. The duo follows the pure Scandinavian style of blazing riffs and fiery melodies. As mentioned, there are two vocalists. Therefore, you will come across two different growling styles: traditional black metal growls and hoarse growls. The band exposes its passion for the second wave of black metal. However, the tracks on the album develop by violent bursts of aggression. The excessive use of tremolo pickings and the blasting sections brings this debut close to its Nordic influences.

While many Icelandic black metal bands have presented a unique and individual style to this sub-genre, Helfró advances towards bringing more variation to the songs, ‘Àvöxtur af rotnu trè‘ features vocal chants which are influenced by Norwegian black metal. The duo spans a selection of styles that will remind you of early Satyricon and Isengard. The guitar is charged with melodic riffs. There are other moments where the band exhibits its technical prowess. Helfró launches storms of fury, striking with sharp, cleaving riffs and the constant energy of the percussion. On the third track ‘Eldhjarta‘, the duo combines the blazing tremolos to create a pure menacing atmosphere. Hoarse spoken words and an acute up-tempo, achieved through relentless blast beats, grant Helfró the fierce hellfire of Scandinavian black metal.

‘Þrátt fyrir brennandi vilja’ continues the blazing tremelo pace. This track maintains the aggression, but it contains lesser blasting sections compared to the previous ones. ‘Þegn hinna stundlegu harma’ is filled with frenzy growls and the intensity is carried out by technical elements of black metal. The riffs are transformed into technical guitar segments and these musical influences come close to an Emperor album such as ‘Prometheus‘. The duo extracts the modern elements of black metal as the songs fluctuate between the Swedish and the Norwegian styles. The sixth track ‘Hin forboðna alsæla‘ shows what Helfró is capable of. While this track begins in a mid-tempo style, the guitar spews forth dissonance and howling rasped vocals.

Yet, there are some modern elements of the Icelandic black metal that are mostly encapsulated by the guitar riffs. The band seems to embrace clean vocals, which adds a breath of fresh air to the music. The album features eight tracks extended to thirty-seven minutes considering the song’s composition. Helfró possesses the dynamic power of tremolos and a hyper drumming performance. There are also some fragile and ephemeral melodies implemented by other musical arrangements.

The duo creates even more impact on the final two tracks, ‘Katrín’ and ‘Musteri agans‘. These tracks contain impetus drum beats that sweep from mid pacing to occasional blasting as the raw texturing of the songs are layered with tremolo pickings. The clean vocals are featured regularly but they are used only for short moments. The final track ‘Musteri agans’ relies on the weight of the drums. Helfró bears the influences of Swedish black metal and the duo have certainly brought uncompromising aggression to their latest offering.