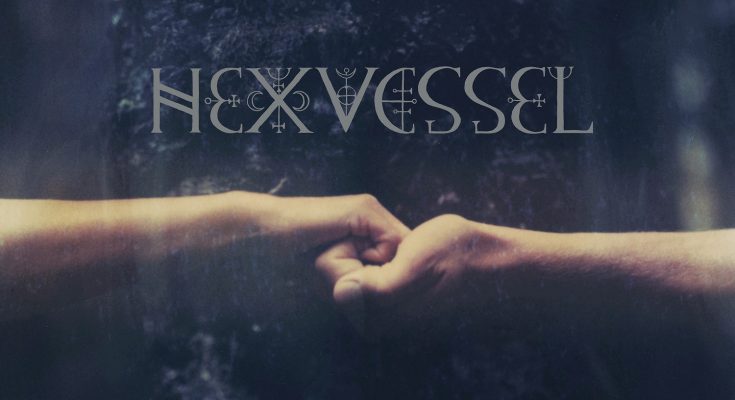 Over the years he ventured as far across musical borders as he has roamed the physical world itself: from the shores of Albion to the land of the thousand lakes.

After Vomitorium and Void he joined the masters of the avantgarde Dødheimsgard for the controversial Supervillain Outcast record in 2007. The second decade of the new millennium brought him to Finland where he started both the 80’s worshipping death rockers of Beastmilk, recently rebaptized to Grave Pleasures as well as the psychotropic forest folk of Hexvessel, the center point of this little review.

Regardless of his chosen artistic outlet, McNerney always presents himself as a charismatic frontman whose voice can carry as many moods as there are pockets of water in his newfound homeland.

On Hexvessel this translates itself to a gentle, warm coziness akin to Fairport Convention.

Their tales are deeply ingrained in ancient lore, but in a rather veiled way. You won’t find them frolicking around in kilts bashing their shields with their drinking horns. All Tree shares that same understated, relaxed vibe that much of the British folk-rock of the sixties exuded. Sitting by the campfire, recounting tales of yore with a bottle of home brewed moonshine rather gulping down gallons of mead and cursing Odin.

Even though Mccerney’s voice is at the heart of their sound, you should not underestimate the subtle nuances his bandmates bring to the complete hex. Next to his wife Marja Kontinnen you‘ll also find for instance Jukka Rämänen from ritual drone masters Dark Buddha Rising or Antti Haappuro of the highly experimental Arktau Eos.

It is truly a collective of leftfield artists coming together on a seemingly old fashioned hippie style, several generations removed from the current in your face Heilung type of Nordic reenactments.