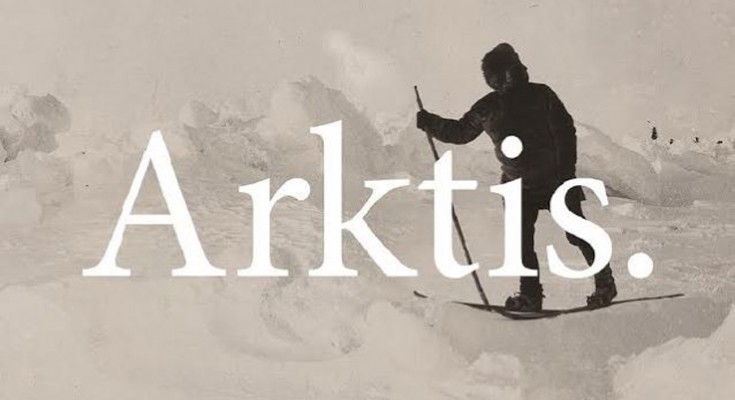 If you can say one thing, it is that Ihsahn definitely has a sense for adventure. Since the disbandment of Emperor, he has been regularly releasing solo productions. First there was the “A” trilogy (The Adversary, angL, and After), in which he managed to surprise a lot of people with the experimental and progressive music he created. In 2012 there was Eremita, heavily inspired by his interest in Nietzsche and a year later he came with Das Seelenbrechen, which was a deliberate sidestep for him in which he cranked up the dose of experimentation even more! There’s never really a dull or uninteresting moment with this guy. Now, 3 years after his last release there’s the Arktis. album. Which is inspired by the cold harshness and beauty of the Arctic, which is something you can say about his music too.

The whole release sounds again very much like Ihsahn, but this time he did something Devin Townsend managed some time ago. By adding tons of catchy hooks and groovy melodies, he made his -still very progressive- music very accessible and as good as every single song is an earworm. He grabbed a hefty handful of the formula that makes pop and (80’s) rock work so well. Don’t get me wrong here, it’s still a complicated album that is not easy to digest. I recommend several listens to fully grasp the complexity of his music. But more than his earlier releases, you get the urge to bang your head and sing/shout along to the lyrics.

Every song has a little surprise hidden in them somewhere. There’s Disassembled that starts off with a riff that sounds very much like the Blackwater Park-era Opeth. Immediately he sets the tone for the rest of the songs, bringing the bleakness and desperation forward in his music and definitely the lyrics. Combined with the guest vocals by Einar Solberg from Leprous this song is an incredibly strong opener. Following is Mass Darkness, opening with an intro that would fit perfectly with old school power metal, but turning it into a very Emperoresque sounding piece. The surprising contribution by Trivium‘s Matthew K. Heafy makes the chorus one of the more memorable ones of the whole record and I’d be guessing that he also did his part in some of the great guitar work. It makes me really curious for and looking forward to Mrityu, an Ihsahn produced and co-written black metal project by Matt.

Next really big surprise is South Winds, highly driven by synths and at first making you wonder if you’re still listening to Ihsahn. The infectious beat is reminiscent of Nine Inch Nails or even a darker Marilyn Manson. When he starts to whisper his lyrics you could even think you’re listening to an EBM, industrial or dark electro song until the guitars kick in. Near the end the combination of groovy guitar riffs and synths makes me dance along every single time. When Until I Too Dissolve comes up, you get the same feeling of surprise and wonder if you’re still listening to the same disc. The intro guitar riff sounds so damn 80’s you’d almost expect the voice of Rob Halford (Judas Priest) or David Coverdale (Whitesnake) here. The vibe of that era continues to seep through for the length of the song, but with a contradicting very heavy riff poured over the earlier mentioned familiar guitar work.

Pressure, probably the closest Emperor-like solo song to date and Frail, which brings the synths back to the foreground, navigates us towards Crooked Red Line. The guest appearance by Jørgen Munkeby from the “black jazz” Norwegian Shining takes care of some jazzy saxophone. Combined with the almost crooning clean vocals by Ihsahn, it calls up an image of you sitting at the fireplace with some whiskey and a cigar hiding for the coldness outside. Almost in the middle of the song the guitar gets added into the mix and Ihsahn returns with his all too familiar raspy voice for awhile. This song is probably the closest to his earlier solo work, especially with the then ever-present saxophone. Closer Celestial Violence brings back Einar Solberg in an absolutely glorious piece of art. The back-and-forth between Einar‘s tainted-with-hurt vocals and Ihsahn‘s tortured raspy screams makes it the absolute pinnacle of what Ihsahn‘s music can evoke of emotions when you listen to it. What a frigging great way to end an album.

For those who are lucky enough to get the version of Arktis. that has the bonus track Til Tor Ulven (Søppelsolen), they get an ode to Norwegian poet Tor Ulven. Ihsahn brings in cooperation with the renowned Norwegian author Hans Herbjørnsrud poem Søppelsolen in spoken word on top of layers of ambient and piano. The over 9 minute track is a really interesting little extra for the fans.

As expected, Arktis. is yet again another masterwork in Ihsahn‘s already very impressive catalogue. People that couldn’t really grasp the skillfully crafted masterpieces before, should give this album a try. It’s highly addictive and catchy but still very progressive and thus maybe a good way to get introduced into the nooks and crannies of the multi-instrumentalist’s brainchildren. Definitely one of this year’s top albums: 9/10.