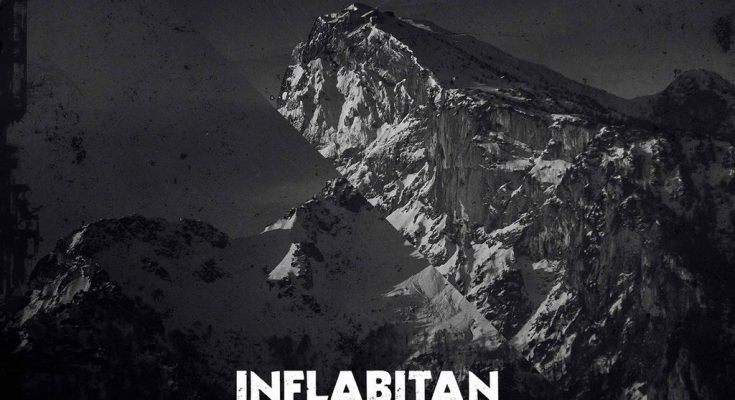 It took almost twenty-eight years for the Norwegian multi musician Inflabitan to finally debut his first studio album “Intrinsic” which was released via Soulseller Records on February 26th, 2021. Formed in the early nineties, Inflabitan‘s first appearance was in 1999 as a live session member for the Norwegian black metal band Dødheimsgard. However, the musician released two demos in 1993 and 1994, six years later he released a compilation album “Wanderer of Grief” in 2010. Musically the band pursues the old school vibes of early black metal, the songs are akin to the early style of Aura Noir. With the help of the drummer AntiChristian (ex-Tsjuder), Inflabitan ensures some kind of stability between raw black metal, death metal, and thrash metal.

The catchy riffing on the opening track “Mental Radiation Fix” begins with guitar melodies and then shifts the pace to straight thrash metal assault. The high-pitched vocals and the instrumentation define a solid take on black metal especially the interplay between the drums and the riffs. The musician simply presents solid aggression with some fast-paced drums and tremolo-picked riffs being well executed.

The following track “Avanti Cristo” offers some groove sections that are carried by the drumming pace. In the time length of thirty-five minutes, Inflabitan injects chaotic tremolos while the drums are often played at full speed shifting from blast beats to mid pacing tempo. The riff quality in general has a subtle melodic backbone, “Crown of Horns” is one of the tracks where the riffs are perfectly exhibited. Despite the average duration of the tracks, they seem to flow in an organic way, the riffs are galore and they sound raw and played in the traditional style of black metal. There are many strong moments in the album where the drums utilize some blast beats, perhaps the only criticism comes from the tone of the vocals. Other songs such as “Egocide” focuses on the old school thrash metal, the riffs are in the vein of old Bathory, Venom, and Hellhammer.

While many bands lack originality, Inflabitan offers something fresh on the debut album. Each track shows a clear variation in the riffing style, and they’re played at break-neck speed while the drums provide the excellent filling. “Divine Prostitution” contains many catchy riffs, the melodies add a fresh sound to this track that showcases an organic performance from the drums. “Introvert Vile Domain” begins with instant speed the heavy rhythm of the guitars results in a rapid pace variation. When the drums carry out some blast beats the speed and intensity give the track a violent tone. Inflabitan’s debut album is energetic and aggressive at the same time, every track features various tempos.

For example, a track like “Symbols” shifts gears with the blazing riffs that speed up the tempo, here you can clearly hear the drums and guitars are played in different tempos. In a way, the album is a bit chaotic in how Inflabitan shows unique ways of blending black and thrash metal. Hysterical vocals, energetic drumming, and bulldozing riff assault continue to showcase the talent of the musicians.

“The Evil Mainframe” is furious and aggressive at the same time, this track offers remarkable intensity, and the riffs are laid down in the style of Dødheimsgard and Thorns, where grooves are nicely swaggered. “Intrinsic” contains many memorable songs although the album is far from being flawless. My main qualm would be the vocalization that doesn’t seem to fit with the flow of the music. Otherwise, this is a damned good album balanced between thrash, death metal, and raw black metal. The songs also contain many swift tempos and excellent guitar interplay. With a set of fine melodies structured on the Norwegian black metal and German thrash metal, the final track “Children of The Damned” is devoid of aggression but offers some catchy melodies. After many long years, Inflabitan has delivered a worthy album that highlights his early influences on old-school Norwegian black metal.