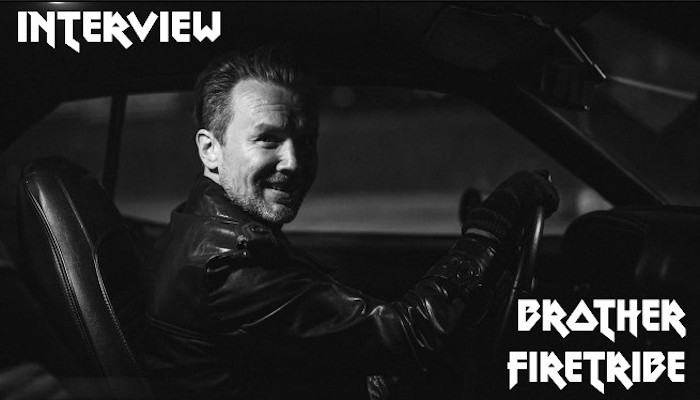 Finland is very well known for its quality metal acts. But they have quite a few worthwhile bands that dive into other genres as well. One such band is the Finland’s most popular AOR band Brother Firetribe. Since they’re soon releasing their new album ‘Feel The Burn’, we sat down with vocalist Pekka to have a chat about it.

First, we shortly talk with Pekka about having been able to play a couple of shows in Finland despite the situation, but quickly switch the narrative towards their upcoming album “Feel The Burn”. Pekka and the rest of the band are pretty excited about their first album in a couple of years and on top of that the first recording with new guitarist Roope since Emppu left due to his Nightwish duties. They’ve also decided to do things a bit different this time around, bringing in a producer and bringing in new touches to the music but still keeping that “oomph” Brother Firetribe music needs. There seems to be somewhat of a theme of cars/driving coming back throughout the album and music videos, which brings Pekka to talk about driving during the night and how appealing it is. They are going to release a short movie building further on what they did in the ‘Night Drive’ video, something to look forward to!

Watch all of that and more on our Youtube channel or right here: