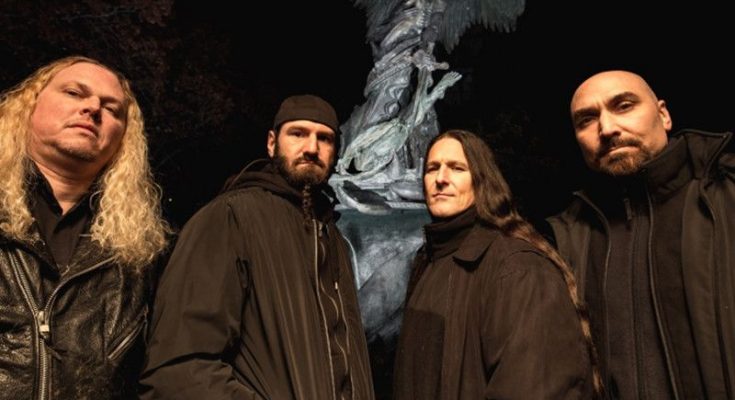 GRIMM: It’s been three years since your latest line-up change. Alex Bouks joined Immolation in 2016 to take over from Bill Taylor on guitar. How was the transition?

Vigna: (looks at Bouks) Oh god, terrible. It was a fuckin’ nightmare *laughs*. No, we’ve known Alex since forever. He actually came out on our very first tour to help out. Our drummer back then, Craig Smilowski, who was his drummer in Goreaphobia, introduced us to one another. So he’s always been part of the Immolation family.

So back in 2016 we knew Bill was gonna be on his way out. He told us it would happen, which was okay. I mean, he was getting a little tired of touring. He told us he’d do the Australian tour at the time and then bow out. And that’s also around the time when Alex left Incantation, which worked out perfectly timing-wise. So the phone rang the next day, and there he was *laughs*. So yeah, it’s really been real easy and smooth. Furthermore, musically, the transition was seamless.

Bouks: When I left Incantation, I told my wife I wouldn’t join another band unless that band was Immolation. We’ve all been friends for years, plus I had been keeping up to date with the music. It all worked out nicely.

Vigna: It’s something you wanna try to keep in the family, you know? With Steve (drums), we just got very lucky. We didn’t know him before he started playing with us. We met through a mutual friend, and we hit it off immediately. He learned a whole set of songs in, like, two days. It feel weird sometimes, you know, bringing in someone you don’t know. So on guitars, we wanted to ask someone we knew first at least, before looking elsewhere. We had more time too, because we’d seen it coming, even though it wasn’t even necessary. But before Steve, our last drummer just called it quits before a tour.

Dolan: It was kind of a scramble. We’d just gotten back from a European tour, and a week later, we were headed on a North American tour. That’s exactly when Alex (Hernandez) left Immolation. But Steve flew in, learned all the songs for the tour in two days, and saved our asses. He didn’t even play with the whole band until his very first show.

Vigna: We’re very lucky to have this kind of line-up. We’re all good friends who get along really well and we’re all musically on the same page. It works. We better had, because this year we’re gonna together be for a hell of a long time. You gotta enjoy the people you work with and you gotta have a good time doing so, otherwise what’s the point?

Bouks; I’ve been playing music since ’86 and I’ve played in a few bands. But it’s the first time I’ve been in a situation in which it’s just been totally. Everyone likes each other, likes being around each other, you know. It’s awesome. It’s a dream come true for me. Being in a band can be very difficult personality-wise.

GRIMM: So you’re all where you need to be?

Vigna: We got into this because we enjoy music in the first place. You want to get to a point where you’re just grinding along, just doing it because it needs doing. We still have fun with it. We’re still excited about it. We’re still excited about writing new material, about playing festivals like this, about being on the road etc. I think we’re more enthusiastic about it now than we’ve ever been. When I look back at what we’ve achieved, I can’t wait to see what we’re gonna do next.

GRIMM: Well let me assure you it shows. When you were up there today, you guys looked like you were having a great time. Anyway, thank you so much for taking the time to chat. I’ll see you next time.

The death metal dads from Immolation will be paying Belgium again on November 24th, at the Belvedere in Namur. More info here.