Home Heavy Metal Interview Oceanhoarse – “We wanted our album to sound like a proper album, not a collection of singles” 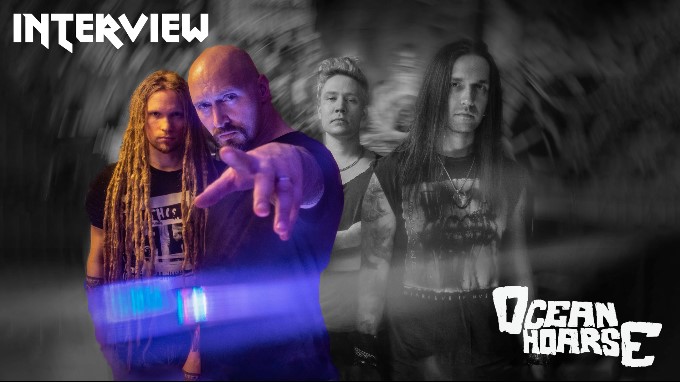 Helsinki-based metal outfit Oceanhoarse has been working hard the past couple of years. Being a live band at heart, they’ve been on stages all over Finland and even hit several spots throughout Europe as support for Marko Hietala‘s European solo tour. From the very beginning they’ve been doing things their own way by periodically releasing singles instead of proper albums, keeping the fans engaged. After several years of being around (and persistent demands of the fans), they finally released an EP with ‘Voluntary Bends’ and last year a live full-length album with ‘The Damage Is Done – Live!’. Now finally it’s time for a proper full-length studio album with ‘Dead Reckoning’ and for the first time published on an actual label with Noble Demon! Time to catch the guys at the pre-listening session at The Riff in Helsinki and have a chat about the album.

We had a chat with Joonas Kosonen (vocals) and Jyri Helko (bass) from the Helsinki-based metal outfit Oceanhoarse. Of course we mostly talked about their debut full-length studio album ‘Dead Reckoning’, released on August 20, 2021 via Noble Demon Records. They really took their time to create the best possible product and being literally locked down due to COVID-19 gave them that time to do things differently with recording their new music while still maintaining that “live feel” Oceanhoarse is so well known for. We also point out to Joonas that we feel he took it to the next level vocally on which he explains how he approached things this time. Lastly, we talked about how it is working with Noble Demon and the influence they’ve noticed of being on a proper record label.