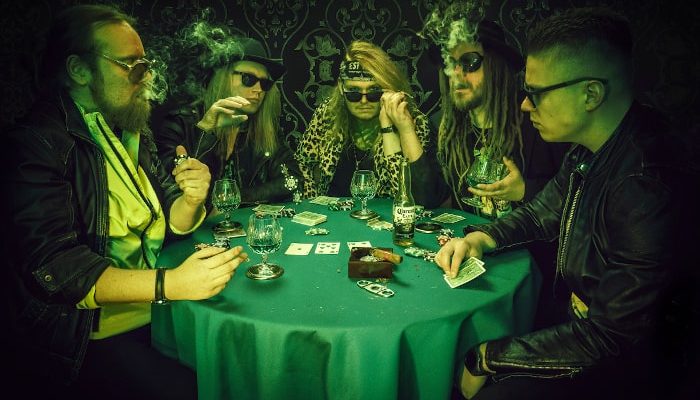 Time and time again, Finland proves to be breeding ground for new and interesting bands in the realm of the metal world. One of those bands that have been causing quite the ruckus the past couple of years, is Wake Up Frankie, a band that has a mission to become one a popular underground band within the Helsinki scene (and hopefully beyond at some point in time). In 2019 they won the Tuska band competition, giving them a much coveted spot on Helsinki’s biggest metal festival. Now they’re gearing up to release their debut EP ‘Green Is The New Black’, so we went to meet up with vocalist Kasperi “Kassu” Meriläinen and guitarist Ris Otto to have a chat about their music and the release.

The guys talked with us about what they’ve been doing during the lock down period and how badly they’re looking forward to the release show of their debut EP ‘Green Is The New Black’. About that release they had some cool stories to share about why the color green, where the western style intro track came from and more things on how they’re trying to stick out as a band. Kassu and Otto also tell something about what artists have been influencing them a lot and what band you should check out, but also about a curse they’re suspecting to be resting on them…

For all of that and more, check out the full interview on our Youtube channel or here: