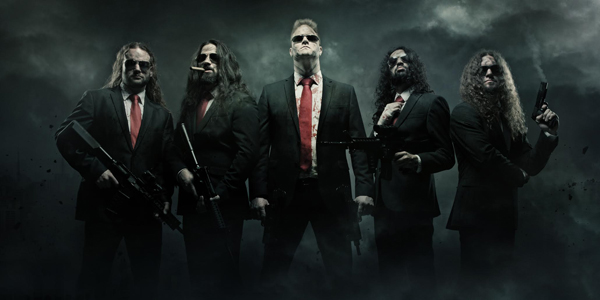 Swiss Death Metal band Omophagia caught our attention during the latest Ungod tour with Morgoth, Incantation, Darkrise and Methedras. The band played in Belgium for the very first time and kicked ass all the way, yet leaving us with some questions that we didn’t want to leave unanswered. Here is what we learned when we addressed Beni, founder and lead singer of Omophagia:

The band started off in 2006. 10 years later in 2016 Omophagia toured throughout Europe for the first time with Morgoth, Incantation, Darkrise and Methedras. The obvious question: what took you so long to start promoting your music live outside Switzerland? How do you look back on this first touring experience?

Beni: Obviously an EU-Tour is not the first thing you do when you found a band. So we first had to develop ourselves as a band and release a first album, promote this in the scene in Switzerland to grow and establish ourselves. This is also the phase when you experience some line-up changes until you have found your mutual goals and music style. Then you can bring out a new album, hit the road and kick ass… and it felt great to travel across Europe, play our songs every night and enjoy the party with all the cool people. The feedback was very good and we’re glad to see that the people love our new stuff.

The band features two Brazilian guitar players among the Swiss band members. How did this happen and how does this influence the music?

Beni: This just happened by chance. We weren’t intentionally looking for some Brazilians. But it’s a cool mixture and we feel it’s a valuable influence in our music and band family. This brings additional groove, rhythm and Brazilian fire in our songs.

How would you describe the music of Omophagia?

Beni: I would describe our music as brutal, fast and groovy with some technical elements. We want to make our songs brutal and fast on an interesting technical level but never lose the groove and keep the red thread throughout a song.

Omophagia means ‘the eating of raw flesh’. I take it there are no vegetarians among the band members? 🙂

Beni: Indeed. We’re all carnivores and love meat… and BACON!

On stage the band appears wearing suits, blood-stained white shirts and ties. What is the idea behind all that?

Beni: This reflects the main theme of our songs which is about the exploiting industry and their bloody business. You will find all these elements in our lyrics hence we want to highlight this on stage. 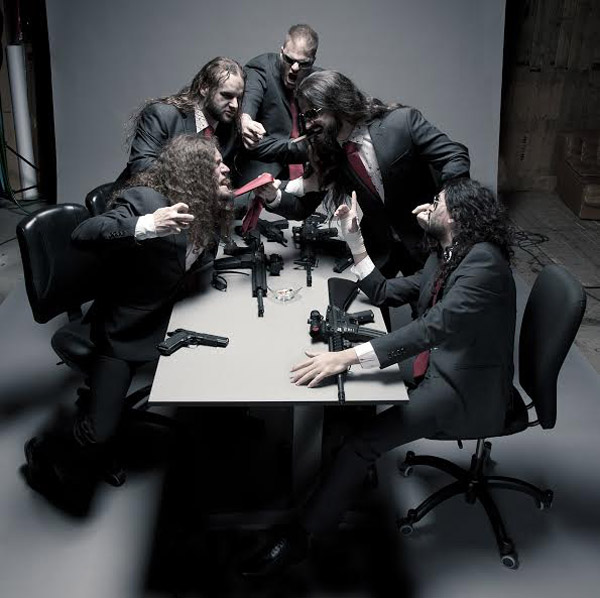 In The Name Of Chaos is the second full-length album, released in April 2016. The band art and pictures show the band members as men-machines, referring to the track ‘Man Machine’. Do you feel there is danger in Artificial Intelligence? Could the Man Machine become real one day?

Beni: Not really the artificial intelligence but rather mankind who works tireless like machines to serve the industry and satisfy their demanding needs. Everybody is a slave to the industry and has to work like a wheel in the engine who is driven by force of making business and striving for success.

In what way has the music of Omophagia evolved in the years between the demo in 2008 and now?

Beni: It’s faster now . No, of course the speed has increased and the technical level is higher because everybody grew as a musician. We’ve also worked on the harmony within a song. There should be a natural flow which makes the songs pleasing to listen to without any blocking elements.

Omophagia recently signed a new record deal. Is there anything you want to share with us about that?

Beni: It’s great to be part of the Unique Leader family now. It’s a great label with a lot of cool bands. UL is really specialized in exactly this style of music we do. So we’re very happy.

Can we expect to see more of Omophagia live in the near future?

Beni: Of course! This was definitely not the last tour we did! We’ll try to hit the road again next year and we will see when and with who this will happen. But first we will do some shows in Switzerland and maybe just single concerts abroad. We’ll keep you updated.

Thank you very much and until the next!