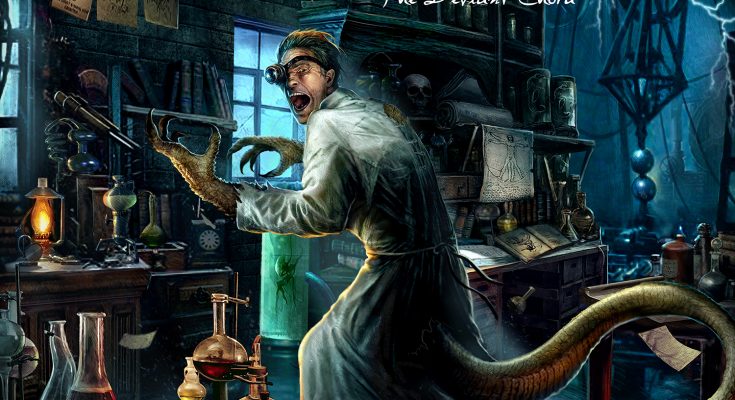 After six years since their last album and four years of disbanding, the members of Jag Panzer recognized that their music was still very alive with their fans. They decided to get back together and make a comeback with a new album ‘The Deviant Chord’. This album is available as a digital CD, which includes a free poster and as a double LP. The album cover shows a science lab from the 19th century where there seems to have been a lot of experimenting. Let’s check out on the bands’ new experiment.

With the first track ‘Born of The Flame’ they make a strong entrance, it’s like they reinvented themselves. The powerful vocal skills from Harry ‘The Tyrant’ Conklin still remains, while melodic you hear something completely new. They managed to find the perfect balance between keeping their speed and rhythm we are used to, and adding more melodies from the guitars and the bass. All the instruments and vocals fit perfectly together. I believe the members really found each other back in this new album.

The title track ‘The Deviant Chord’ starts completely different than the first two songs. The beginning of the song makes me think about ‘Dance Of The Sugarplum Fairy’ from Tchaikovsky’s Nutcracker, which takes you back to the 19th century followed by a little story. After one minute and a half the song takes a swing back to the present, which is pretty cool in the beginning. But the transformation is so big so the atmosphere you were in completely changes which is a bit disappointing. The songs ‘Foggy Dew’ and ‘Long Awaited Kiss’ are also a musical journey to the past, and with that last one they were able to keep the atmosphere through the entire song.

After a while it gets a little boring to listen. The songs are all different, but in the songs there is little variation. The vocal ensembles sound like a grown up boys choir, but that is something you like or don’t like to hear. It’s a careful comeback, the album is missing a bit of the power Jag Panzer used to have, but maybe the band wanted to try something new and different. And that is something they managed to do.