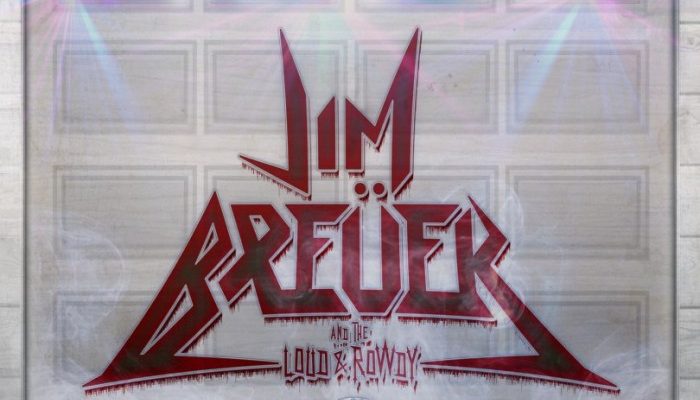 Jim Breuer is an American stand-up comedian, dad of teenage girls and a huge fan of heavy metal and hard rock. He never hid his love for this branch of music and often talks about it in his skits. He even has regular bits in which he impersonates famous artists like Ozzy Osbourne, Brian Johnson and the likes pretty accurate. Quite often he brings along a backing band which he calls The Loud & Rowdy. With this band he already even performed a show at Wacken in 2012. And now they decided to put their musical creations on a little silver disc to share with the people at home. The release got baptized Songs From The Garage and brings just that.

The whole record has a vibe of fun, comedy and the love for heavy music. With first song Thrash serves up a perfect song for guys, dads and whoever wants to go nuts after a gruesome day once they’re home alone. With every song it’s quite important to listen well to the lyrics because they’re all like a part of a stand-up comedy show. In that song Jim also shows off his comedy skills by doing a bit with Ozzy and Sharon Osbourne, which is hilarious! Definitely also check out the video clip for it cause it’s highly entertaining.

Before I continue bringing up a few more favorites of me, I have to mention that this is not just a novelty. The guys of The Loud & Rowdy are some really decent musicians with a great old school style heavy metal and hard rock to back up Jim‘s craziness. Actually every song has a bit of a different vibe to it: some more thrash, others more hard rock and so on. Really sturdy simple heavy music that can easily stand next to its colleagues.

Raising Teenage Girls about how hard it is to be a dad of teenagers and Old School about their love for the old school heavy music are 2 of my early favorites. The bits in which Jim seemingly is talking to his girl’s boyfriend to intimidate him are to die for! In Old School he put the work into integrating tons of titles from the extensive heavy metal and hard rock song register. Backed up by great riffs it really would fit in that list of classics he dug into. Also check out the video clip in which he impersonates several well-known hard rock artists!

I just have to mention My Rock ‘n’ Roll Dream, in which good friend Brian Johnson talks about the “rock ‘n’ roll dream” and what you have to sacrifice to accomplish it. A great little intro for what’s coming next in Mr. Rock ‘n’ Roll where Jim and Brian join forces. Setting the scene for a hard rock/rock ‘n’ roll song that could fit in with AC/DC‘s own stuff.

Last song I’d wanna bring up is one that made me laugh the very first time I heard it. In the speed/thrash metal inspired song Sugar Rush he’s expressing his confusion and frustration of what kids go through after eating too much sugar. The hyperactivity of the music fits so damn well with what happens to someone going through a “sugar rush”.

Jim Breuer and The Loud & Rowdy deliver a sturdy old school heavy metal and hard rock release with Songs From The Garage. Any heavy metal fan will find some really great and high quality songs that they’ll like. And if you’re into a bit of comedy, you’ll have some great laughs along the way! Just like his good buddy James Hetfield, I approve! 8/10 for this highly entertaining album.