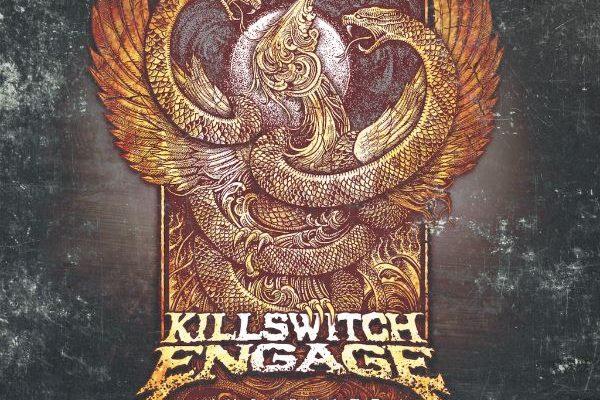 The often dubbed “godfathers of metalcore” Killswitch Engage just released their 7th studio album Incarnate, the second since Jesse Leach is back on vocals. I’ve been a huge fan of them since their first release Alive or Just Breathing and was one of those that were all too happy about him coming back home. After the rather impressive Disarm the Descent, I was looking forward to figuring out if they’d continue on this path or even surpass themselves. Especially since this is the first album that Jesse was working on with the group from start to finish again.

The album starts with a quiet intro that slowly increases in volume and after about half a minute Alone I Stand kicks in properly with a lot of the energy Killswitch Engage is well known for. An energy that doesn’t let go until the end of the almost one hour record. There are some lower tempo, more emotional songs and there are some really heavy hitters, but that infectious drive drags you in every single one of them. The combination of extreme metal under the form of melodic death metal and hardcore is clearly a recipe for success in their hands! Personally I think the heaviest songs on the record could convince even a lot of metalheads with a dislike to metalcore. For people that have known these guys for awhile already, this won’t be a very new experience though. One thing that does immediately catches your attention, is what Jesse does here on the vocals. His clean singing feels way stronger and controlled, his grunts and growls are vicious and dirty. It shows most definitely the progress this guy made since the band’s first effort and how wide and versatile the capacity of his voice is.

As always lyrically they handle emotions and personal feelings or struggles, but somehow they manage to find the positive in even the darkest thoughts. Like in Strength of the Mind in which he doesn’t deny all his negative thoughts during past depressions, but tells us that we can overcome them and use them to become stronger (“gather all your pain and suffering, turn them into strength and weaponry”). I really love how they can put a positive spin to things like that. Another song that follows this trend and is the centerpiece of the record, is Embrace the Journey… Upraised, one of my personal favorites. Songs like this just call out to me and can strengthen me even in the most difficult times.

One thing that is very much different on this record, is that Jesse this time also spoke out on some current affairs. He’s not literally saying what shit has gone wrong, he still leaves it up to you to fill in the blanks, but he makes some clear statements on society. There’s Alone I Stand, in which I understand his feeling of disconnection with the present system and is just a killer opening track. Followed by Hate By Design, another one of my favorites, in which Jesse took inspiration especially from systematic racism in politics and police brutality, or so he told Loudwire in an interview. Lastly The Great Deceit he voices his frustration with the injustice, lies and cover-ups caused by our leaders. These songs remind me of the frustration with the system and society that used to be voiced by the hardcore scene in the past. I really hope that in future releases they continue to every now and then use their hardcore roots like this!

This is a very simple and clear cut thing to give an opinion about: you’re a fan of Killswitch Engage? You can go get this release with your eyes closed… If you’re not a fan yet, still give them a try, I’m pretty sure they’re going to convince you! And if the record is not enough, try to catch them at a live show, the energy and passion of Jesse and his gang will pull you over to their side. They pretty much showed all their peers how it’s done, metalcore bands all over the world, you are owned. I’m going with a 8,5/10 here.