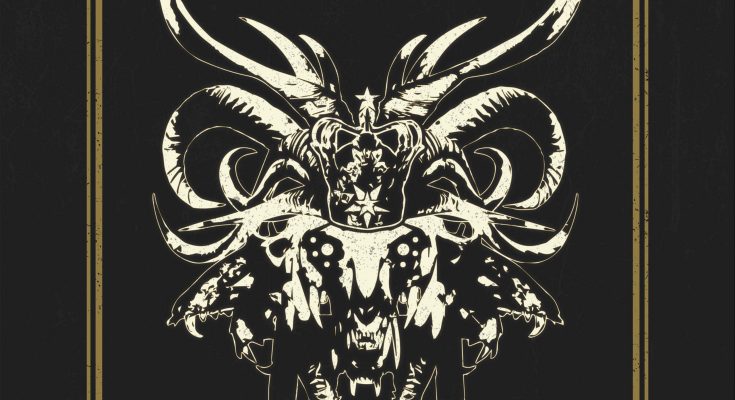 Set the World on Fire, the second album of UK’s King Creature was released on November 6, 2020. Composed fully while the country was in lockdown, the album title might either suggest the current situation or the band taking over the world. Let’s listen and see.

This one starts off with solid riffs and music that just pushes you to the back of your chair. Combine that with killer guitar solos and you’ve just described the first song ‘Desolation’.  The next song ‘Captives’ proves to have the same kick ass solid guitars. Although the drums tend to fade to the background a bit.

Next song ‘Wisdom Told’ is the power ballad of this album. It shows the skills of the band. The raw and pure voice of lead singer Dave Kellaway adds the finishing touch on this one. Again, the song has a fast guitar solo, although I’m not sure if it fits here in between the nice, strong, slower riffs and harmonies. Anyhow, take your time to enjoy the instrumentals of this song at the end. It’s a really nice jam, packed with feelings.

‘Falling Down Again’ feels more like a punk rock song. Dave’s voice sounds a bit lower, more ”depressed” almost. It fits the name of the song, but I’m not sure that it fits the music. When he goes all out, his voice fits the power of the music better. ‘Storm’ is a song that starts off slow and gets its power later on. It keeps some off the fuzz, like a buzzing electric guitar, for the rest of the song. A nice combination between the power of the band and the message they want to spread. Although it does fit them better when they go all out. When they try to hold back with both instruments and vocals, it sounds like they are quite literally holding back.

One song I absolutely love on the album is ‘No Getting Out Alive‘. This is the song that shows what this band is capable of. Raw hard rock with beautiful harmonies and killer guitar solos, topped off with a voice that screams power. The song also has an important message that speaks for itself. Just let me quote some lyrics of the song:

And as we suffer now the world has fallen to its knees. We only have ourselves to blame for spreading the disease.

‘Fear of Fools‘ is a beautiful slower song that picks up its power as it goes and devours all that’s in its way. Closing off with one last power blast is the song ‘Live Forever‘. One more time to go all out before the album ends.

The word I find myself using a lot here is power. King Creature is at its best when they go all out and produce nice hard rock with balls. When they don’t go all out, however, it sounds a bit off. As the band is talking about negative energy, it makes sense that sometimes they put slower parts in their songs with a lower voice, but that part just doesn’t come across well.

In short: when they go all out, it’s amazing. You’ll be blown away. When they put some slower stuff in there, it sounds a bit off and King Creature is not at their best. Overall, a strong hard rock album.