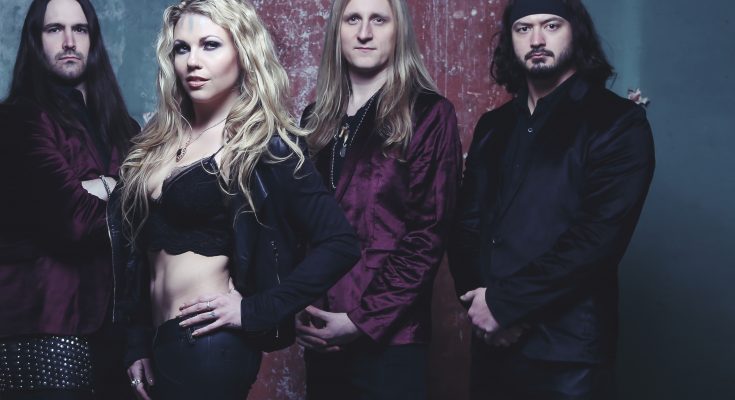 On Sunday November 6th, 2016 in Antwerp, venue Trix, after a big fight with Murphy’s law. Thanks to Hardlife Promotions I had the chance to do an interview with the amazing Kobra Paige from Canadian Kobra and the Lotus.

How was your tour?
The tour was fantastic. It is a really really versatile bill of music. And the people are great and the fans and crowd have been super fun.

Did you party a lot?
We absolutely have the partying bus. Because of Evergrey, they thoroughly like to live it up after the show. So they have their Marshall boombox blasting every night in the front lounge. Our guys, or some of them, are up there getting into it. We definitely have a louder bus than the Delain bus!

Is there a place where you played where you said “this is the best place we ever played”?
Euh there’s been a lot of good shows, so I don’t think I can pick one.

You are coming out with a new album Prevail next year. Can you give us a preview of what it’s about?
Prevail 1 and 2 is all about just the human life. Basically the human experience and it powers a feeling and strongholds and triumph and it’s very vulnerable, very real.

You changed record labels recently (to Napalm Records, FYI). Is it a big difference?
Yeah actually it is. It’s been the most astute team that we worked with. They’re right on the ball. They have lots of new ideas of how to work with this modern industry that we are dealing with that doesn’t buy CD’s anymore and I think that we are working with the right people.

So what do you think about your last album High Priestess now still? Is the new album going to be much better?
I was very proud of the last album. So I don’t think better would be the proper term but there’s definitely a sonic evolution again. And it’s gonna be a great album again, but it’s also gonna be something for more people I believe. It really goes from a spectrum of heavy rock all the way to heavy metal. The heavy metal is what people know us for. But now there are also gonna be powerful ballads and things that maybe seem more simple but actually took more brainpower to create. I think it’s gonna allow more people to connect with us.

So, you are from Canada. How is Europe for you?
It’s great! Europe is beautiful. It has a lot of culture in its architecture, food and people from country to country. Calgary, Canada where I am from, the western side is very new. It’s not very cultural in many ways. You don’t see old buildings where I am from and you certainly don’t see that many traditions. Because we have basically the world all mixing together in one country and making this new place. So if you are not in the east where the French Canadians are, there’s not so much architecture or cool things like that. You know, like “oh yeah this is Canadian of the nation of that”.

Now you are back in Belgium. Since the last time you where here what do you expect from the fans out here?
Last time we were here was with the band Steel Panther and the fans were awesome. And I also sang with Kamelot or maybe we were here with Kamelot too, I don’t remember. But I just sang with them 4 months ago. The people are great in Belgium so I expect a fun energized show.

If you would give your band a color what would it be?
Color?

Yeah, just a color and why?
Oh, I think deep purple. Because it’s heavy and dark, but also very vibrant and it’s beautiful. But it’s for men and women, so I would say the beauty retains to all people, the universe, the universal.

What do you think your fans are getting out of your music?
I think that they… from what I hear that people tell me through their messages, Twitter, anything. When they talk to me what they’re feeling it’s usually that they don’t feel all alone. They feel that something or someone is out there now, by listening to the music that can make them feel a little bit more comforted. Which is a great thing because life is hard.

And the other way around, what do you get from your fans?
Oh I just get love that’s what I really feel and a lot of joy. I feel just so good. My favourite part out all of this above writing, recording and touring is the time we are on stage sharing that with people and just seeing that music can effect both of you at the same time and pull everyone in the experience. And at that moment every one is there, yeah. 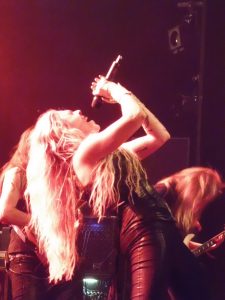 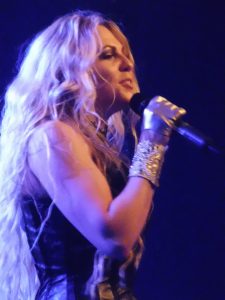 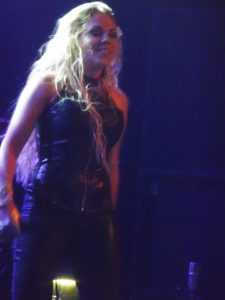