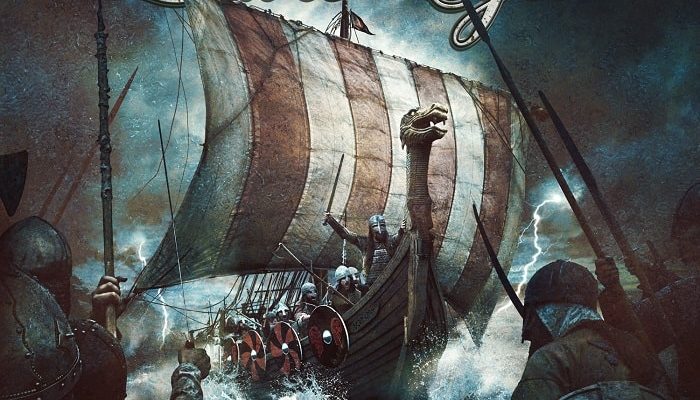 After 12 years being used to Liv Kristine‘s vocals, it was an unpleasant surprise for the fans to hear her leaving Leaves’ Eyes in 2015 after the making of the album ‘King Of Kings’, followed by the official announcement in 2016 that Elina Siirala would be their new singer. After seeing this band live with Elina for the first time, I became very curious and impatient for the first album with their new singer. The fans accepted her immediately after seeing her giving an impressive live performance and their EP ‘Fires In The Nord’ was a great succes.  Now the time has come for their first album with their new line-up consisting of Elina Siirala (vocals), Alexander Krull (vocals), Thorsten Bauer (guitar, bass), Pete Streit (guitar) and Joris Nijenhuis (drums). ‘Sign Of The Dragonhead’ will be available as a CD, a digipack, including 2 extra songs and an instrumental album, and as a vinyl. The cover shows you a Viking ship, so the chronicles of the Vikings is continued after bringing them to life in their music in 2005 with their album ‘Vinland Saga’. 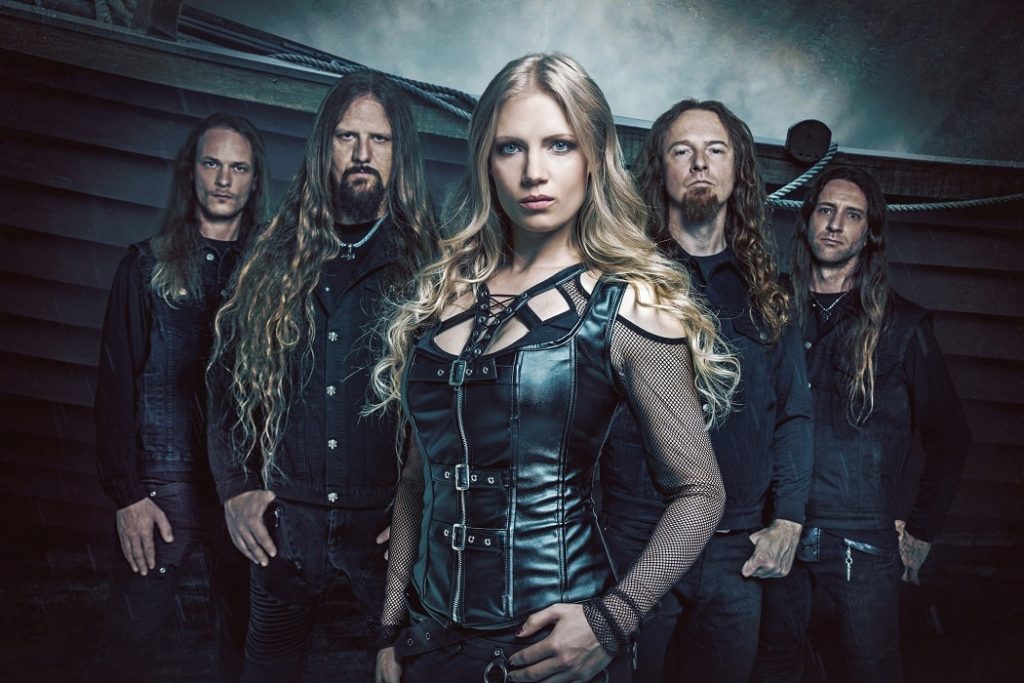 The album kicks off with the title track ‘Sign Of The Dragonhead’, which starts very mysterious en strong with the choir, which sounds beautiful together with Elina Siirala‘s vocals and Alexander Krulls’ grunts. This song continues the adventurous journey of King Harald I, which started on the previous album ‘King Of Kings’. This song also contains a nice guitar solo from Thorsten Bauer.

The second song ‘Across The Sea’ contains all the good elements you can hear in the first song, though it sounds completely different. This one is a song you’d start to dance on immediately because of the extra instruments used in this song and create a folk influence. Other danceable songs like this on the album are ‘Jomsborg’ and ‘Völva’.

Halfway the album there is a funny twist with ‘Riders On The Wind‘, a strong and lively song which sounds perfect for a Viking party with lots of booze and dancing. Also it’s an easy song to sing along, just like Depeche Mode‘s ‘Just Can’t Get Enough‘. After the party it’s time to calm things down with ‘Fairer Than The Sun’. This is a song with a nice combination of a rhythm, which makes you move with the waves of the sea, and a nice beating of the drums. 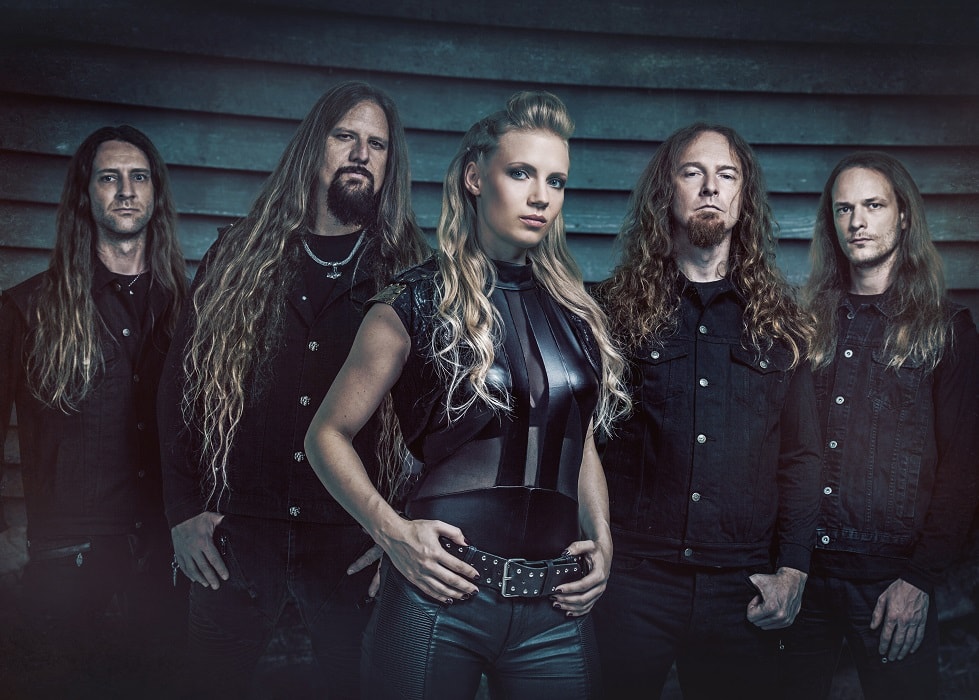 ‘Sign Of The Dragonhead‘ is musically a very various album, every song sounds different which makes it a nice album to listen to. The instruments and vocals sound perfect together and the songs tell a story in different perspectives. It also contains an instrumental song, ‘Rulers Of Wind And Waves‘. Elina Siirala has a strong and beautiful voice and she sings very smooth and her vocal techniques are flawless, but I miss intonation which makes it a little bit boring to listen to her after a while. But the clean and tight female vocals is something very specific to Leaves’ Eyes, so I think they found a singer who fits the band as good as Liv did. Also the guitar work in this album is the familiar sound of the band. I think this album is a part of a great start of a new year full of great albums to be released. 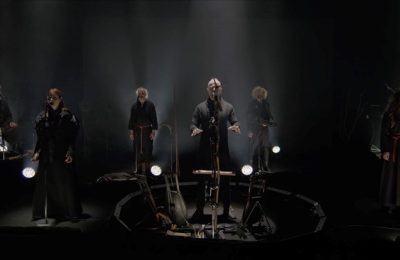