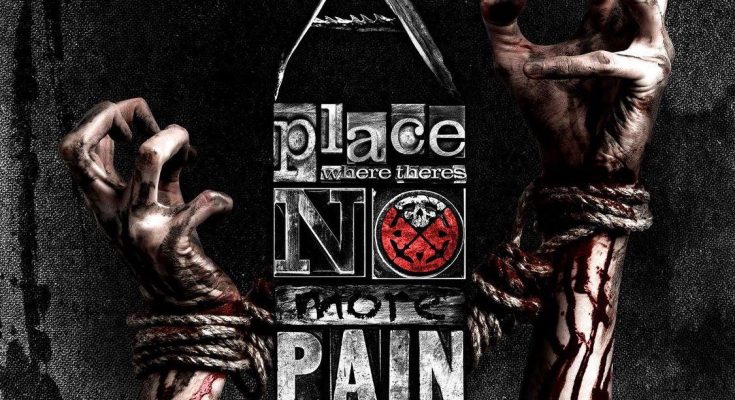 Life Of Agony can be seen as one of the biggest influential bands of my adolescence period. They released the killer record River Runs Red in 1993 which contained such heavy melodic groovy music you couldn’t resist to stand still. Remembered seeing them live and talked with them at Viane Rock in Geraardsbergen. Down to earth dudes I have to say, except for Keith Caputo (vocals), don’t get me wrong , he was just not around, I’m guessing he was also down to earth, literally speaking. As they released their second album Ugly, the magic of the first album was a bit gone. While there were still good songs on it, it was less inventive. You loved or hated the performance of Keith, it looked sometimes he was totally gone from the world but with the energetic performance of his cousin Joey Z (guitar)  the live experience became very good.

In the following years Keith decided to leave the band while Ugly Kid Joe lead vocalist Withfield Crane replaced Keith. I saw him performing with them at the Dynamo Open Air festival and was quite surprised with it. Withfield Crane did an excellent job on vocals and performance; but the crowd missed the magic from Keith, although live it was hit or miss with Keith. He was and still is an important piece of the band, you can quite easily replace a guitarist or drummer but not a charismatic singer. So it didn’t took much time for that Whitfield Crane quit the band. 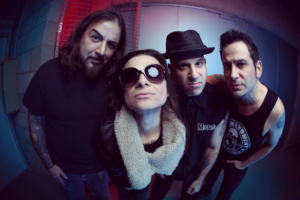 In 2005 they released Broken Valley, which was quite a torture for Keith Caputo, as he was struggling with who he was and where was his life going to. Al these experiences and personal encounters with depression, alcoholism, abuse, grief, family trauma from the past led that Keith made the brave decision to expose himself as a transgender and going through life as Mina Caputo. With this decision she didn’t fell the need to go on with the band which was quite hard for  Joey Z as he missed his band. Blood is thicker than water, so for Mina as time flew by it came clear that she wanted to do music again. After doing some live gigs , which were surprisingly very good as Mina was very focused and concentrated in contrary to Keith, the time was there to release their fifth album A place where there’s no more pain.

The album opens with Meet My Maker, a hulking guitar riff that will get the headbanging moshpitting crowd jumping up. The vocals of Mina are quite impressive and in a way it reminds me a bit of Alice in Chains, and that is the case with the whole album by the way. Right This Wrong goes further where Meet My Maker stopped, groovy as hell. This song is about a close friend of Alan Robert (Bass) who suffered physical abuse. The title song A Place Where There’s No More Pain is explained by Mina as “you can’t run away from yourself”. The album slow downs with Dead Speak Kindly.A New Low proves where they have come as a collaborative songwriting machine. Sal Abruscato (drummer) has done a lot of work on this song, even the guitar parts and for the whole album the more dark parts came from Sal. World Gone Mad, a popular title these days (Suicidal Tendencies), gets us back up while Bag Of Bones deals with alcoholism, a subject that was also expressed on This Time from River Runs Red. The fuzzed out intro is an tribute to their much missed buddies Type O Negative and brother Peter Steele with whom Joey and Sal played together in Carnivore. The album comes almost to an end with the refined groovy pieces Walking Catastrophe and Song For The Abused. With Little Spots Of You Life Of Agony surprises with a quite rare and disturbing song, a piano ballad from the hand of Mina.

As a whole we can say this album is not bad. It is not a River Runs Red – Part II, we will probably never hear that as the band has evolved along the way. Maybe the listing of the tracks could be better so the album is more balanced, from time to time I got the feeling the songs are bit too much of the same. Listening to the album at once is hard but play some songs randomly between your other music you will be surprised how strong these songs are. Production wise there is not a single point of criticism. If you loved Life Of Agony with Ugly , you should give it a listen. If you only love River Runs Red, you might get disappointed as this is nowhere near it. Wait maybe until 2018, who knows? Maybe they will do a 25 year aniversary River Runs Red tour… Check them out for sure at the Alcatraz festival on Sunday 13th of August.