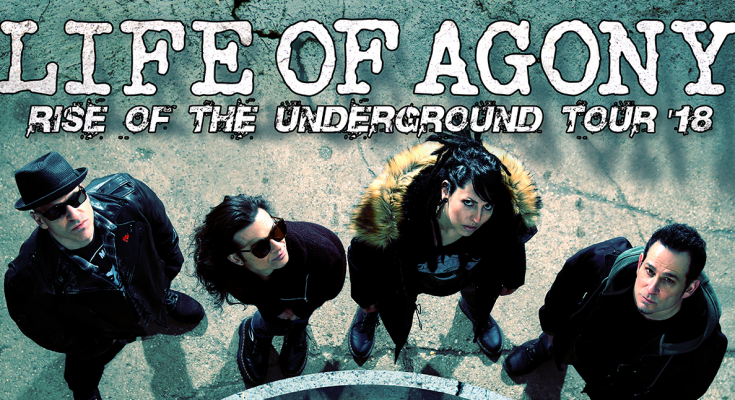 Rise Of The Underground , although the gig was on the first floor, nevertheless we know what we could expect this evening, a “best of” set of Life Of Agony with some good support bands, or not ? Well, the gig  was sold out in less than 24 hours, so we can tell that the audience still loves Life Of Agony, now it was time to find out if the bands love the audience.

All Hail The Yeti (***) was the opener this night, it should have been fun for these guys, opening and already playing for a full house. It was the first time I heard from this band. They did a good job although their music is sometimes a bit too American for us Europeans. Very talented musicians but I wonder if they will ever come back to Europe.

Follow up was Billy Bio (***1/2), the new band from Billy Graziadei (Biohazard, Powerflo). In this band Billy does as well the vocals as the guitar playing while jumping all around over the stage. While there was nothing available yet, no video, no cd or so, they did a hell of a job. It took us back to the glory days of Biohazard, sometimes a bit more heavier, sometime a bit more groovier, but it sounded a lot like Biohazard. And Billy has a very good voice for this kind of music. Meanwhile taking a break and telling a story about his son who told him to get the headset from Justin Bieber so he could still jump around on stage, there are still people who don’t get it. If you don’t like the music go outside to talk to each other, not during the concert, assholes. I mean why spent your money on a good concert, do you just want to be there to say you have been there, just stay home then. At the end Joey from Life Of Agony joined Billy on stage, another energetic old man on stage, I wonder what these dudes are having for breakfast.

Finally, the band where all the dudes have been waiting for, Life Of Agony (****). Since Mina has found herself we can say that Life Of Agony finally is where they are. A very fine frontwoman supported by a well-oiled rhythm section and a guitar player who is more frontman than Mina herself. From the begintunes of Through And Through the audience went wild. River Runs Red is a classic album, an album that a band only makes once in their career. It is a pity that their follow-ups never could reach the same status. Other classics passed along like My Eyes, Bad Seed, Unstable, Damned If I Do and with This Time the moshpit went wild, even the p.a. was taking hits. In the song Lost At 22 it was time for drumster Veronica Bellino to show what she is capable of. Personally I think this is not necessary, just play some more damn songs. Even more recent work passed the setlist with Meet My Maker and A New Low. You could tell that most of the people came for a revival of the classic ones, a pity. Of course this tour was set up by Joey and Billy so it was obvious they played a Biohazard cover where Billy came over to play along. And he stayed for Method Of Groove. It came all to an end with Underground and River Runs Red.

It’s obvious, Life Of Agony made some music that stands the test of time, I’m sure in 20 years there will be tribute bands that will still play this music. It was a hot gig where everybody had a very good time, even the band members, including Mina, were very enthousiastic. Oh, and don’t forget Billy Bio, we’ll be hearing more of this, maybe the start of the revival of the hardcore scene, who knows… 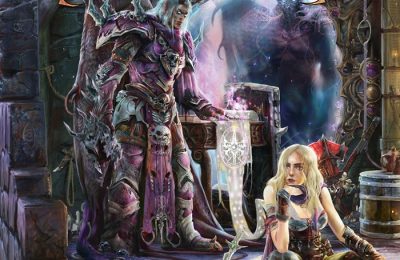