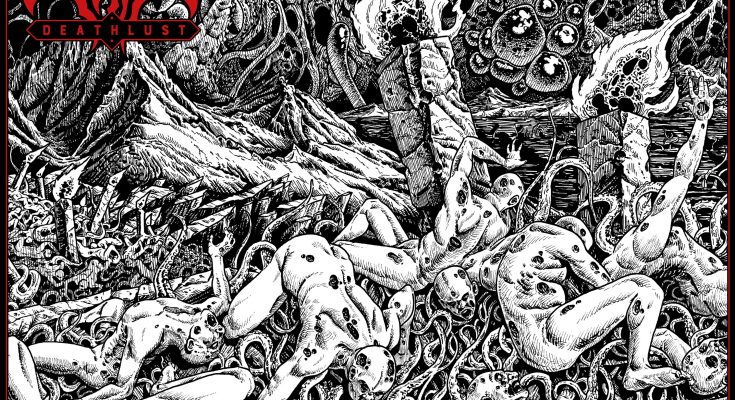 When the bass player from Yob gets together with some guys from Amenra, Wiegedood and Oathbreaker, then this is bound to rear more than a few heads. Now in the case of Living Gate, the outcome might not be exactly what you would have expected from them. In fact, they’re throwing us a bit of a curve ball here. One might be inclined to think it would result in something very experimental, psychedelic or doomy, but their first EP ‘Deathlust’ is in fact much more traditional and old school.

In true D&D style, this Living Gate opens a portal to the original death metal scene. It is a celebration of the primal rawness spawned by the antediluvian demons of the nineties. You get Yob’s Aaron Rieseberg on bass, Levy Seynaeve on vocals and guitars like he does on Wiegedood, his pal from Amenra, Lennart Bossu, joining on guitar and Wiegedood/Oathbreaker’s Wim Sreppoc behind the drum kit. Levy, Wim and Lennart are obviously used to playing together in one or the other Church of Ra incarnation, but after their extensive touring together in the US, Reiseberg too feels right at home with them as the four of them warp back in time a decade or three.

Even though the band consists of the finest crop of musicians, it is abundantly clear that they tried to make this as brutal and raw as they could. This is death metal straight from the bone, ripped from your chest and dripping with blood. From the Morta Skuld type logo and the tentacled, black & white depictions of hell to the chainsaw guitar sound and the frenetic drumming, everything exudes that old school feeling. If Wiegedood is black metal in its most primal form, then Living Gate is its deathly counterpart, ravenous and seething. 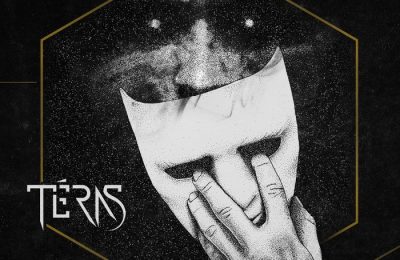