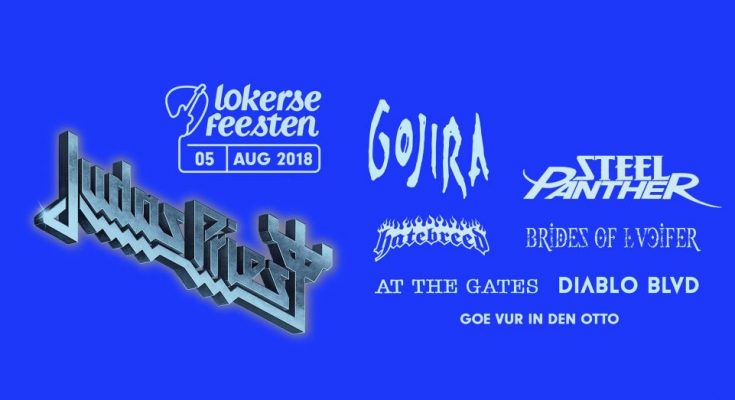 Every year, the Lokerse Feesten treats the metal community with a day filled with a diverse line-up of heavy bands. This year was no exception. The organization invited seven bands of several distinct genres to turn up the heat on this hot festival!

Opening band of the day was the Belgian band Diablo Blvd (**1/2). They looked uninterested and there wasn’t a lot of crowd participation. But keep in mind that it was very hot that day and every move was one move too much in this weather. The band played a very static show and frontman Alex Agnew seemed to have some vocal issues. When he asked for some participation, people responded but they stopped moving a few seconds after. At the end of the show Agnew shared his frustration about the fact that Belgian bands always have to be happy with an opening slot at our festivals… Maybe these frustrations were an explanation of the lack of enthousiasm during this show. At the end of the set, the energy level started to rise (like lions). Hopefully their goodbye show in December will be on a level we’re used to of this band! 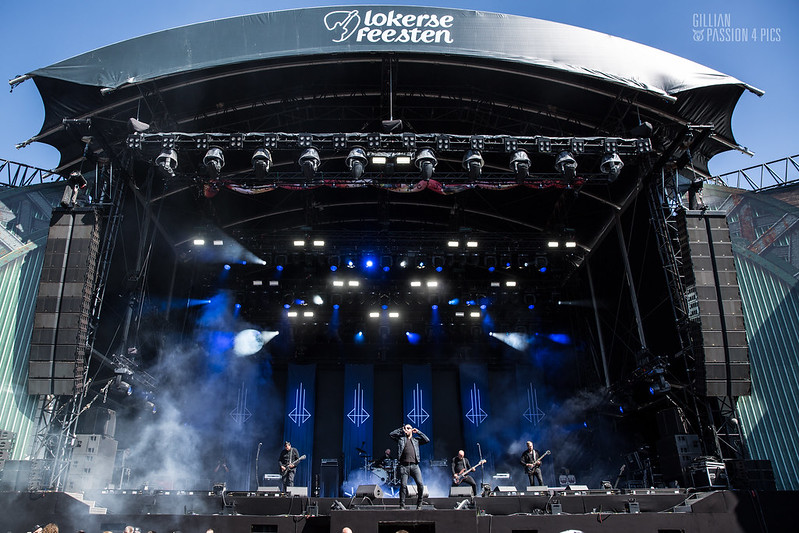 The next attack on our ears was presented by At The Gates (***1/2), next level Gotenburg melodic death metal! The Swedish guys didn’t have a big slot, so they didn’t hesitate. New songs alternated with the classic oldies. A well rehearsed Dutch spoken speech was appreciated by the fans! The crowd just stood and watched, something you can’t blame them for in this heat. 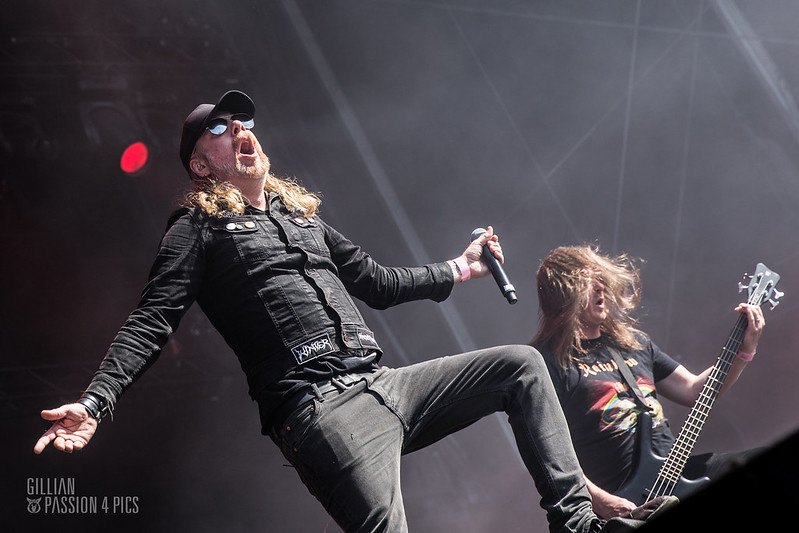 Hatebreed (***1/2) was the first band to actually move the crowd. On both sides of the crash barriers pits occurred and frontman Jasta liked what he saw! Jasta gets what he wants. He wanted crowdsurfers, he got them! He wanted circlepits, he got them! A lot of older songs appeared on the setlist and a lot of people in the front screamed their lungs out to them. At the back of the crowd, people were still getting used to the heat. If we can point out one little flaw in the Hatebreed show, it was the fact that Jasta thought the city was named ‘Lokerse’, a small detail they could’ve pointed out to him in the backstage. 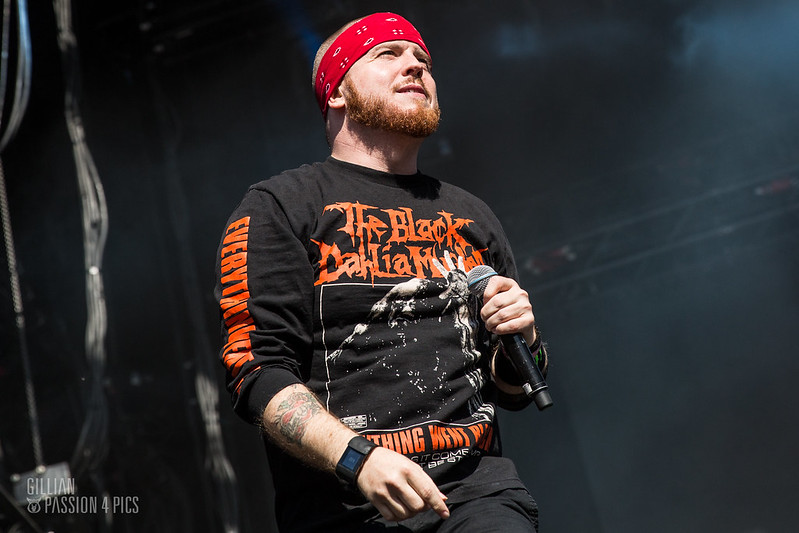 But mispronouncing the name of a city is better than greeting a totally different one. Belgium isn’t just Brussels, Steel Panther (*)! This parody band didn’t know where they were and what they were supposed to do. A lot of talking and not enough music made it more of a failed comedy show than a rock concert. The show was already going on for 20 minutes when they started their third (!) song. Joke’s over, the show is predictable, maybe it’s time to focus on the music instead of this gimmick. The only cool joke worth mentioning was the impression of Ozzy Osbourne, you had to see it to get it. 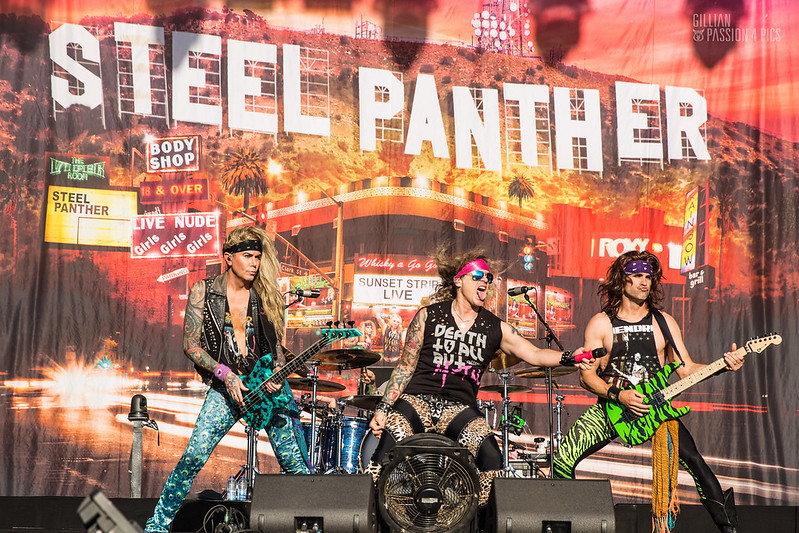 Gojira (****) ruled over Lokeren. With eyes to kill, Joe Duplantier controlled the mass! The songs rolled over the festival like a bulldozer. Supported by (sometimes) Amenra-like visuals, this show had everything to be a headline show. The temperatures started to drop and the crowd enjoyed this awesome show. No more words are needed. 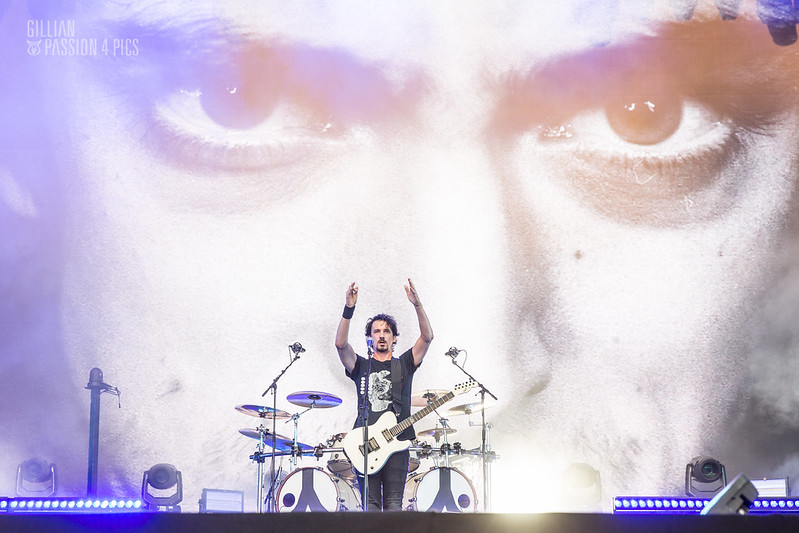 Judas Priest (***1/2) is back! After their show at Graspop, Halford and his friends decided to stop by Belgium one more time. Lokeren got the exact same setlist as Graspop. The band was very enthousiastic and Halford was dancing on stage, but the crowd didn’t share this enthousiasm. From our point of view, the only crowd participation was during the classics, while the new songs, which are decent as well, didn’t get the reaction they deserve… At the end of the set, Glen Tipton mounted the stage to join his friends for three encore songs. Despite his Parkinson disease he played three perfect songs. A moment to cherish because the Priest will be back, but probably without Tipton… 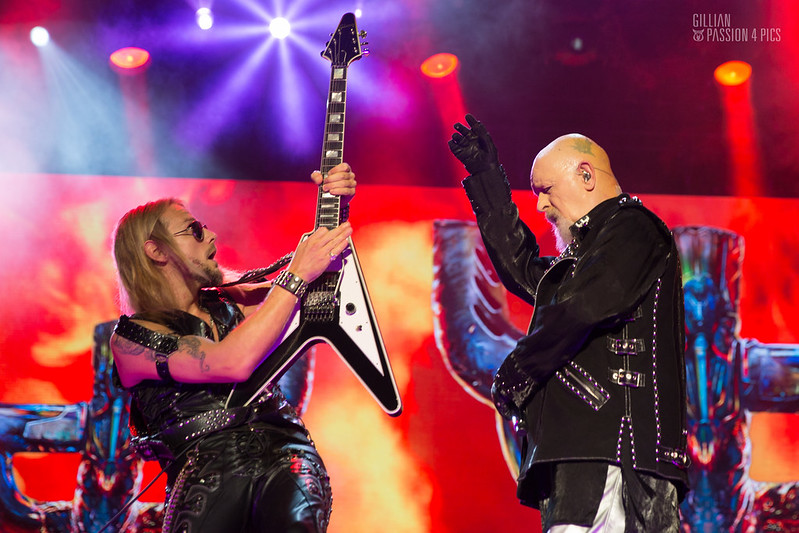 Covers will always be interesting, it’s a special part of a setlist, but sometimes it’s not without any risk. Will it be as good as the original? Is it any different from the original or will it be an exact copy? The least you can say about Brides of Lucifer (***) is that it’s something new, a choir of 12 women covering metal classics with angels voices… Sometimes it works, sometimes it doesn’t. Metal classics sometimes really need the strong, powerful voice of a frontman (or woman) instead of 12 angels voices. Also, it’s kind of a risk if you play Painkiller exactly one hour after the original band played the song, especially when there are some flaws in the guitar solo of the song… If you took a look at the crowd, you could already notice that a lot of people didn’t care anymore and went home without paying attention to this interesting show. 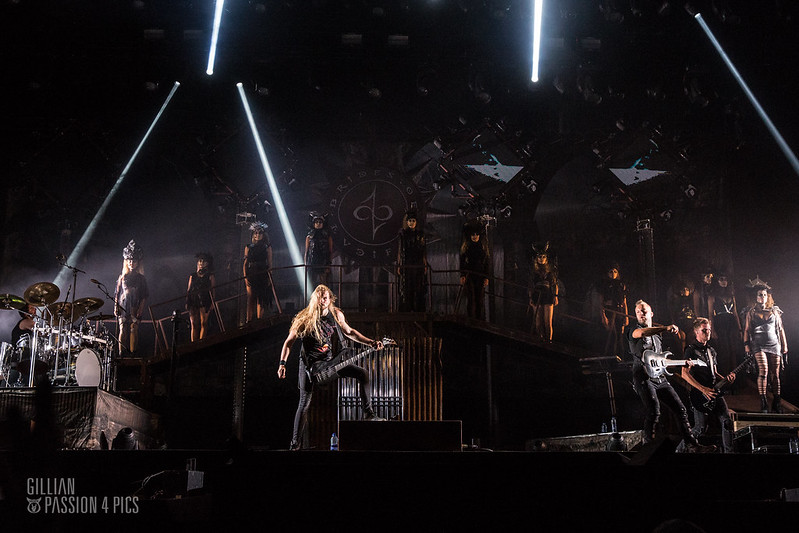