Home Reviews Gigs Lord Of The Lost (On The Rocks, Helsinki) 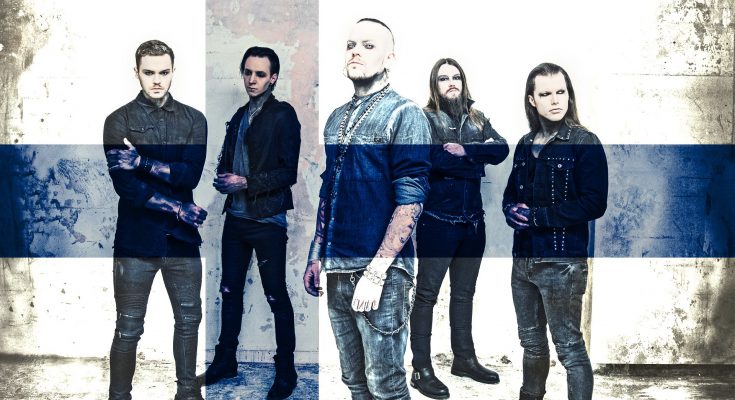 German Lord Of The Lost is one of those bands that are able to produce a very wide range of genres while upholding the quality. With last year’s release ‘Thornstar’ they proved yet again how versatile they really are, going from industrial metal/rock to dark rock with a Gothic touch. Finally they managed to make the trip all the way to Finland to blow the roof off the cellar of On The Rocks in Helsinki! The Finnish darkwave (or “winterwave” as they call it themselves) from Rain Diary and the Greek Gothic metal outfit SadDoLLs opened up to get us ready for the main event!

I got to On The Rocks just in time to see the Greek Gothic/darkwave metal outfit SadDoLLs (***) kicking off the night. I have to say I was really surprised to see that straight from the openings band, there was quite a crowd already gathered up close to the stage. Nice for the support bands to get such a crowd and energy early in the night! For me personally the music got a bit boring with a lot of the songs sounding a bit too similar to my liking. The vocalist clearly knew how to lead on a stage though and I easily got captivated by the high energy of their drummer. All in all a nice opener for a night of dark Gothic-inspired music. And with a cover song from HIM, dedicated to 2 former members who were apparently there, they couldn’t do much wrong for their fans present! 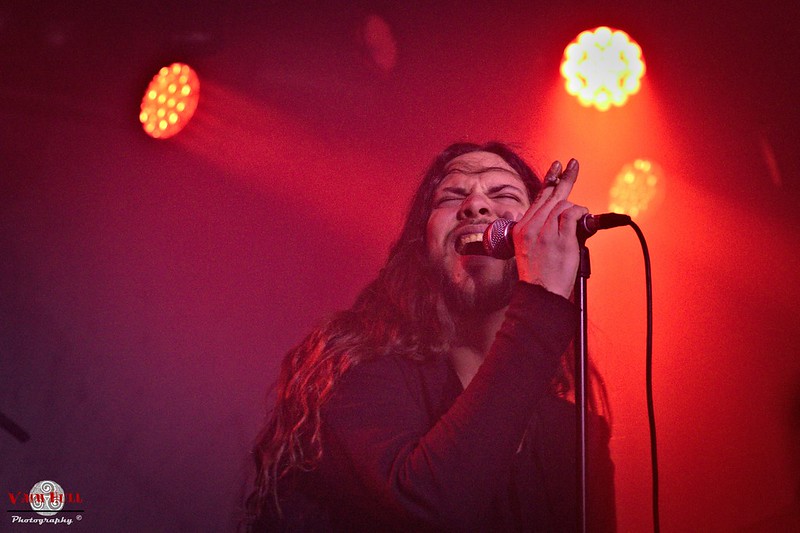 Second band of the night, came from a bit closer by: Rain Diary (****) a Finnish darkwave (or “winterwave” as they call it themselves) band took over the stage. The 4 guys and 1 gall definitely knew how to create an amazingly magical atmosphere. The soft and dark tunes flowed into the venue and quickly overtook quite some of the crowd to be taken to a different plane field. Vocalist Tommi‘s voice perfectly set the mood on a gloomy soundtrack and was greatly complemented by keyboardist Tytti‘s high-pitched and sometimes almost childlike sounding voice. Tytti was also one of the most captivating people of the band, with stripes drawn on the face adding somehow to the mystery, often strange & jerky (dance) moves and regular stares into the darkness of the room that could give you the chills. A really nice discovery that I need to keep my eyes on! 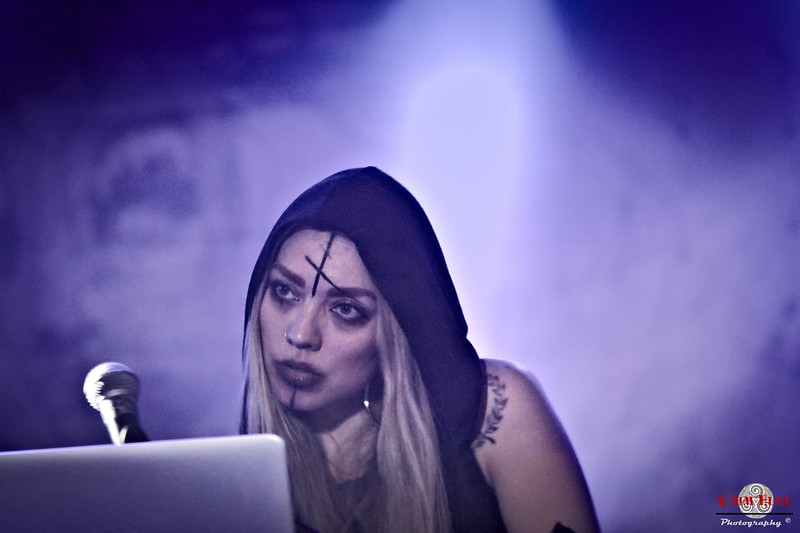 And then it was finally time for the main act of the night! German powerhouse Lord Of The Lost (*****) was completely ready to take over the place and simply blow the roof off. And straight from the start they did exactly that with ‘On This Rock I Will Build My Church’, the anthemic opener of their latest release ‘Thornstar’! Since this is the tour supporting the release of that album, we got quite a few tracks from ‘Thornstar’ served by the band. Which is not something I have complaints about, because with massive tracks like ‘Lorelei’, ‘Haythor’ and ‘Under The Sun’ the party never slowed down. Eventhough they chose to leave room for a couple of more emotional slower tracks like for instance ‘Black Halo’, which was brought with great passion by vocalist Chris Harms. 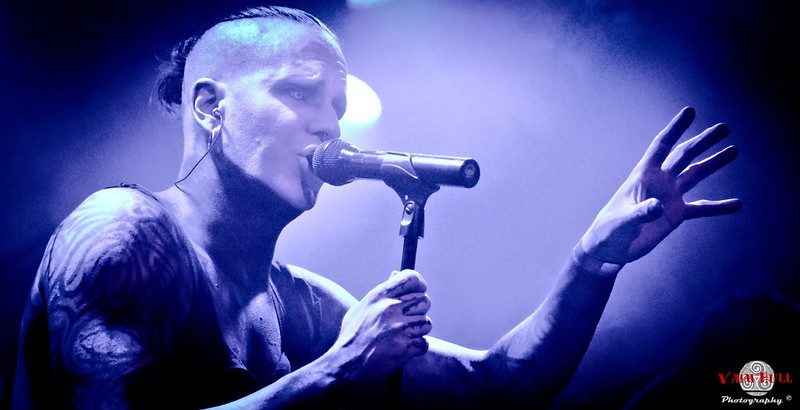 Besides songs from their latest release, they of course put in a couple of their pounding classics like ‘Full Metal Whore’ or ‘Sex On Legs’ and even a very entertaining cover of Lady Gaga‘s ‘Bad Romance’! On The Rocks was turned into an extremely hot, sweaty and energetic party that became a night to remember. Clearly the Lord of the Lost guys were quite taken aback by the extremely positive response, thanking their fans several times with Chris even taking moments to seek more connection with his fans. A truly remarkable night by a band that knows how to rock a stage to kingdom come. Thank you! 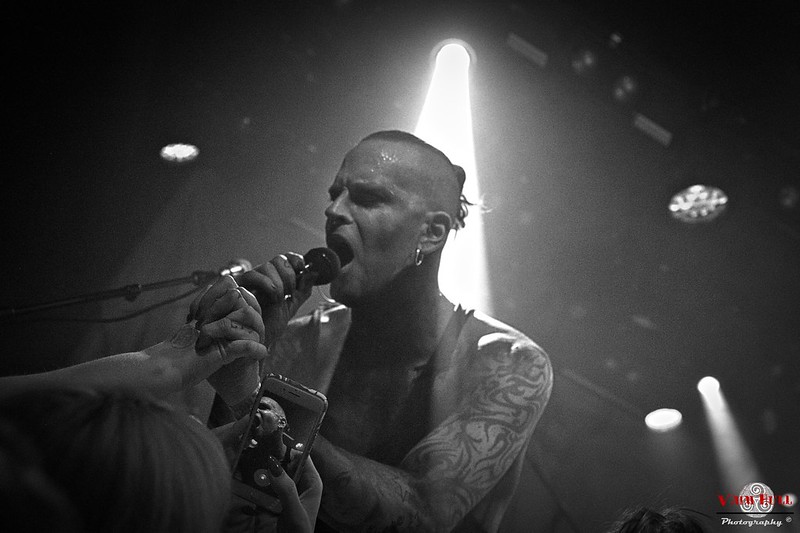 For more pics, check out our photo coverage here:
https://www.grimmgent.com/lord-of-the-lost-on-the-rocks-helsinki-photo 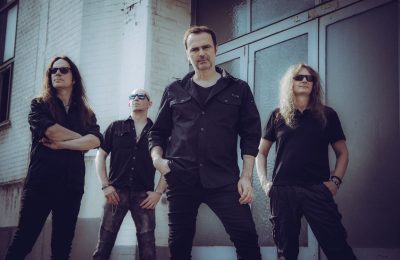 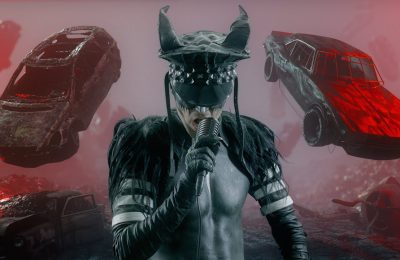