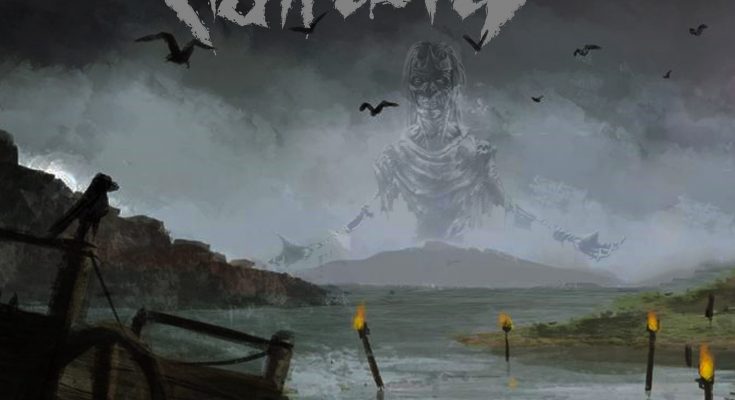 What are you going to do in this wonderful year where pretty much all fun has been cancelled and boredom is just round the corner, each and every day. Well, you start a death metal band, of course. That’s what the guys behind Malfested must have thought anyway. Having a background in hardcore, they figured they tried their hand at some classic old school death metal. Apparently, the band was at first jokingly called Heinous Anus, but upon closer reflection they decided the somewhat more ominous Malfested would be a better choice. Can’t blame them there.

‘Shallow Graves’ was hastily dug in the course of this ill-fated year and consists of six brief, but bludgeoning deathly tracks. Together they constitute an apocalyptic plague story about a war waged against the armies of the undead. After the croaking of a crow and some really annoying carrion flies, the title track leaps out of its coffin in full force. ‘Masked with the Skulls of the Fallen’ will act as the calling card for this new band. It’s a really catchy stomper with a lot of melodic flourishes. Definitely the highlight of this little EP.

‘Fields of Bloodshed’ rolls over the battlefield like a tank, carefully taking aim first before laying waste to all it sees. Halfway through ‘Venefica (the Banished One)’ ups the ante in a ravenous riff fest that bleeds over into their most varied track ‘Incantations’. Eerie almost blackish guitars build up to a massive thunderstorm of battering blast beats only to end in a gentle melancholic piano outro. ‘Cistern of Souls’ lets it rip one last time and closes with a great lingering doomy outro.

Not having to think about gigs or touring anyway, they’re already working on their debut full length for next year. Very curious to hear what these young upstarts will dig up next.