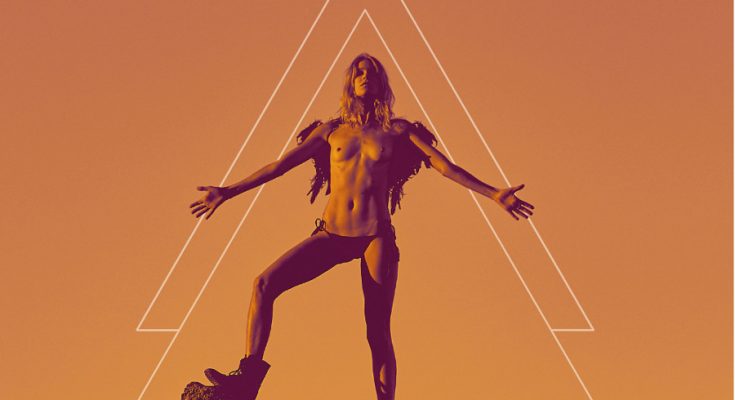 The “bad boys” of Down Under are back! The Aussie hard rock formation Mammoth Mammoth,have released their 4th full-length, Mount the Mountain. You know you can expect a cocktail of highly explosive hard rock, stoner and even a touch of punk from these guys. Knowing their live reputation as a volatile and energetic band (especially vocalist Mikey), I was curious to see if they were able to translate this to their latest creation.

I’d say “yes and a bit of no” to that. The songs do feel energetic and groovy, but somehow they now and then miss that edge and intensity you’d expect of such a bad-ass band. The guys definitely know how to rock and to do it hard, with much respect for those that came before them. You can hear the influences of Motörhead as soon as title track Mount the Mountain kicks in. The pounding rock ‘n’ roll brings you immediately back to Lemmy & co, which is something no one will be complaining about. And with the touch of stoner groove to it they still manage to create their own sound that rocks like the animals they are. One point of criticism here: compared to other work the mix in this song sounds way more clean, which takes some of their raw power away. A hard rock band like this should sound gritty and edgy, but quite some of their edge seems to have been filed off here. Or maybe the catchiness of the song caught me off guard, I don’t know. On the other hand most of the rest of the album they seem to have fixed that little issue with a muddled vintage sound that fits these kind of bands oh so well.

And if you ever wondered how it would’ve sounded if Lemmy became Black Sabbath‘s vocalist, you’re at the right address! There are a bunch of songs you can pick out on this release with that bluesy hard rock/heavy metal vibe the godfathers of metal are so well-known for, just a little revved up with a sniff of stoner punk. For instance the intro riff of Spellbound just reeks of Black Sabbath heritage. Which isn’t a too surprising thing when you know that last year’s EP was called Mammoth Bloody Mammoth… (for our review go here)

Anyway, I can see the appeal Mammoth Mammoth might have to a wide array metalheads, rockers and punk kids. Just like earlier mentioned Motörhead they manage to blend groovy hard rock with a heavy metal spirit and punk attitude. Just check out unrelenting and blistering tracks like Kickin’ My Dog, Epitome or Sleepwalker that might fill up the emptiness a tad bit that was left when Lemmy went off to rock in heaven. I just have one question for you guys: what were you thinking when doing that Kylie Minogue cover? All in good fun, but this isn’t really a worthy addition to what otherwise is a damn rockin’ release! I’d say to leave that one out of your show setlists maybe to make more room for all your other way higher quality material. Keep on rockin’, dudes!