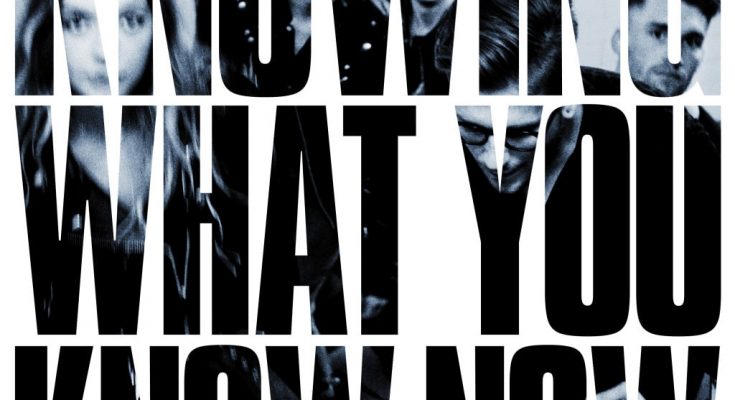 The British band Marmozets took me by surprise with their debut album The Weird and Wonderful Marmozets in 2014. Their alternative rock music has a certain poppy quality to it but mixed with style elements of music like metalcore, post-hardcore and punk, making one hell of a catchy yet complex conjunction. I still regularly put on tracks of that album just to go crazy for a bit. So when I came across the news that they were releasing their sophomore album after 4 years of no new work, I just had to give it a good listen. So here we are: Knowing What You Know Now…

When the album kicks off with Play, you get the same catchy stuff thrown at you. It seems to sound a little bit less raw and powerful, but still breathes the same kind of energy as their debut album. The combination of Becca’s vocals with the groovy riffs still very much reminds us of that earlier album, just a bit less edgy. And it’s only the first song, so maybe it’ll get better, right?

Habits brings more of that old sound and vibe turned way more poppy than before but also shows off Becca‘s vocal skills. Yes, sadly she hasn’t screamed at all yet to this point, but she has some very impressive and versatile pipes going for her. Talking about her screaming, you actually have to wait until the third track Meant To Be Harsh to get a taste of that. And to be honest, it feels a bit like coming home. Especially with on top of that the choppy and jittery vibe of the music I loved so much on their debut.

There are actually a few memorable moments on the album. Suffocation brings more of that old school Marmozets sound with unpredictable rhythms, riffs and of course a dangerous yet catchy sounding Becca. Another of those songs that really stuck to me was Major System Error with a very crunchy guitar sound and Becca reaching a certain tone that’ll probably get to the nerves of a lot of people, but to me just fits so well with the overall vibe.

But then there’s the other side of the coin… they’ve chosen for a more commercial and poppy sound than their debut album and seem to have been trying out a few different sounds. Not all of them are as successful and the songs that are actually good are not strong enough to make up for the lows and make this another “hit in the face” album as before. 2 of those tracks that work the best for me are Like A Battery, with a very groovy Blues Pills sound and vocals by Becca that actually go in that direction, and closer Run With The Rhythm, a very poppy song that sounds quite generic on record but will probably kick ass on stage… Most of the rest of the songs are actually quite forgettable.

I still love Marmozets for their different tone and their capability to combine extreme catchiness with some damn heavy and complicated stuff. Knowing What You Know Now takes a big step away from that and lost some of their claws and unpredictability. I don’t know if it’s because of the very clean production and mix or if they deliberately chose to go for this sound, but I’m hoping that they’re not losing their edge forever. I want that dirty, catchy and broiling blend of before, crossing my fingers that this was a try at gaining some more fans and blow them away with newfound heaviness on album number 3…