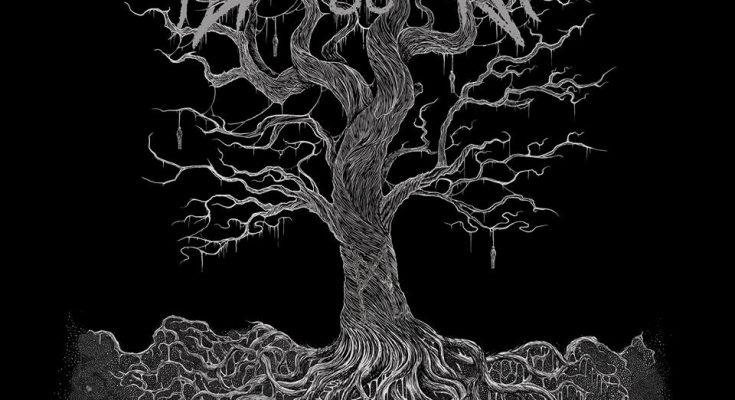 As a self-proclaimed pagan I’m always looking for music that strikes a chord with that spiritual side of me and makes me feel as if I’m taking part of a ritual or being emerged in the relentless yet beautiful nature. Pagan/folk/black metal band Moonsorrow used to be one of those bands that did this for me with their lengthy songs that were a perfect mix between creating a folky atmosphere and the ferocity of extreme/black metal. Their last 2 albums had a bit too much of a black metal side to actually satisfy me. But remembering the awesome things they let us hear on earlier releases, I never gave up on them. Thus I was really interested in giving Jumalten Aika a proper try to see if they possibly could have gone back to the glory days of old with their first release in 5 years.

And I can honestly say after a few listens that -praise the gods- they’re back! The record is “only” 5 songs, but with only one song (Suden Tunti) being under 12 minutes long, that doesn’t really matter. It’s a 70 minute long album of pure awesomeness. There is just that perfect amount of folk, epicness and black metal ferocity to keep you stuck in other atmospheres during every single minute of every single song. I haven’t found a single second that they wasted on unnecessary things, even the little intros or outros here and there fit the songs like a glove. There’s such a consistency of greatness throughout the whole album that I can’t even pick out a favorite song.

When the album starts with the title track Jumalten Aika, you first get a short intro with some atmospheric sounds to set the tone of the rest of the album, including some humming by deep voices that makes me feel as if I’m entering some ritual of the olden days. After a good minute and a half they immediately kick in full gear. The voice sounds more snarly than I remember, the drums are mixed in such a way that they have a really prominent spot, the bass feels like a constant thundering support and the guitars have a nasty and heavy black metal touch. And just when you think it’s going to be the same like before, about halfway the song they go even a bit heavier to then immediately go back to a bit of a slower pace with some clean deep backing vocals. The epicness of the whole composition makes me think of awesome creations of bands like Wintersun, but it feels more “real” to me.

After a good 12 minutes Ruttolehto incl. Päivättömän Päivän Kansa gets his shot at glory, starting with again a more atmospheric intro, supported by an awesome Finnish man choir that’ll get quite some airplay throughout the whole song. The use of the choir makes me think of bands like Turisas and Heidevolk. Going through the lyrics there are quite some moments that they’re seemingly making an offer to the gods and they’ve managed to really recreate this ritualistic feeling here. The deep voices of the choir that pop up regularly and even get a prominent spot around halfway the song where they start to chant a prayer, combined with folk instrumentation and the use of Finnish makes it a picture perfect. The second half of the song is my absolute favorite, the ritualistic chant (reminding me a bit of some work by Rotting Christ), slowly mixing in some more epic sounding black metal, building up to a full blown black metal piece without ever losing the atmosphere they’ve created earlier.

The shortest song of the five, Suden Tunti, is still 7 minutes long. In this song they’ve toned down the epicness a tiny bit and gone for a bit more pure black metal inspired sound. But they’ve still added enough folk music to make it interesting, actually giving it a vibe of the old Finntroll. The chanting and folk music makes you feel as if you’re taking part in dwarven or troll festivities. I’m pretty sure this’ll be a fan favorite at gigs, simply magical stuff.

Mimisbrunn starts with some very melodic acoustic guitar, which is stunning. They soon crank up the ferociousness again, but this gets constantly countered throughout the almost 16 minute long song by the most beautiful passages with clean almost choir-like singing and atmospheric music. The perfect blend of acoustic with black metal makes me think of music by Wolves In The Throne Room and the likes, but with a folk fusion.

Just when you think it can’t get any better, Ihmisen Aika (Kumarrus Pimeyteen) comes to prove you wrong. As a song embodying the war and suffering created by the greed of men, they don’t waste any time and get raw and heavy immediately. After about 5 minutes they bring in a bit of a breather by going melodic again, to then explode in a hurricane of the harshest and heaviest black metal 3 minutes of the whole record. About halfway the song they go back to the more epic and atmospheric music, building up to an awe-striking symphonic lush piece of work that’ll leave you breathless. What a way to end this masterpiece!

On the bonus disc there are 2 covers to be found, Soulless by Grave and Non Serviam by Rotting Christ, of which I initially was hesitant. But once I gave them a proper listen, I must admit they’re really nice additions to the record. They don’t get the level of epicness and pure awesomeness of the main record, but I loved the fact that they put a personal spin to the two songs. Especially Non Serviam got an immediate liking by me (give it a try down below), the addition of a more folky touch and background choir made it a really great update or even upgrade of the black metal classic. A legendary black metal band like Rotting Christ being covered by a legendary band like Moonsorrow, how much more awesome can it get really?

Shortly said, Jumalten Aika is the album of the year for me! As the album name itself says, this is “The Age of Gods” and Moonsorrow sits firmly at the same table with them… I cannot find one single flaw anywhere and it is in my opinion possibly the best album the band has made to date. This is what folk metal should be: incredibly well-crafted masterpieces with actual substance to it. I could go on and on still about the greatness that is Moonsorrow, but I’d advise you to just go to the store, get the album and experience it yourself… A perfect score is only fitting here: 10/10!