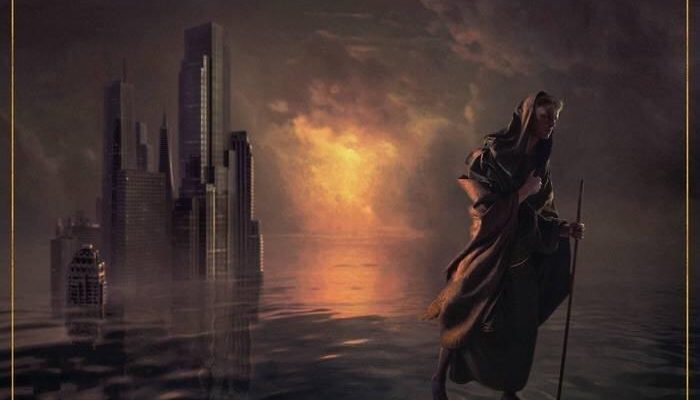 ‘Hermitage’ is the 13th release of Dark/Gothic metal band MOONSPELL. Set to release on February 26 2021, 4 years after their previous release ‘1755’, this album will treat you to an array of different sounds and emotions.

First track is ‘The Greater Good’. The intro to this song is quite suspenseful, something I love because it sets the mood for the rest of the album. It doesn’t get too heavy but it’s able to get a nice groove going which would make anyone bob their head. The solos sound quite simple but they are effective, especially with Fernando Ribeiro‘s fry singing. Though the lyrics might be too “political” for some, this song, especially in combination with the video clip, is something to behold.

Second track is ‘Common Prayers’. It starts off well, with a decent drum beat and some nice accompanying guitar playing. This continues throughout the song, which might be seen as repetitive to some people. I thought this at the beginning but after a few listens it grew on me. Next up is ‘All or Nothing’. Here MOONSPELL turns the knob 180 degrees and goes up a, what seems to be, more stoneresque metal path. Not bad, but not something I would expect, even though I should’ve since these guys like to mix things up.

‘Hermitage’, the title track of the album, follows. One of the better songs in my opinion. The verse is an earworm that gets repeated quite a lot so no doubt this will be a hit live. ‘Entitlement’ and ‘Solitarian‘ go up the slow route again, with the latter being an instrumental. Though, there’s some nice build up going on in these songs.

‘The Hermit Saints’ has some nice vocalizing going on. Throughout practically the whole song the vocals are echoed as such to resemble a choir. There’s also some background choir singing which gives it that little extra bit of ominousness. ‘Apoptheghmata’ follows in those threatening footsteps but yet again at a slower pace.

‘Without Rule’ has some very distinguishable 80’s synths going on in the background which, ’cause I’m not a very synthesizer kinda guy, kind of ruined it for me. Even though they suited the song and singing pretty well. At times the song felt long due to some of the repetitiveness and 7:42 was, in my opinion, probably 3 minutes longer than it should have been.

‘City Quitter’ is the outro for MOONSPELL‘s 13th studio album. Was it a good one? Maybe. 2 minutes 30 seconds of piano followed by 25 seconds of synth sounds bouncing through my left and right monitors is definitely something different. Not saying that the outro was bad.. but it suited the entirety of the album, i.e. randomness, quite well.

After nearly 30 years in the music business, I would have thought MOONSPELL would have found “their sound”. ‘Hermitage’ however, proves that there is not one label you can slap on them. Even though everything leans to the dark/gothic metal direction, there’s still room for doubt. Is this a good thing? Well, that’s not for me to decide. While my review might seem pretty harsh in places, I must admit I quite enjoyed the album, even though it took me a few listens to actually appreciate it. There’s a lot of variation to keep you listening although for some there might be a bit too much going on. Still, ‘The Greater Good’ is the song that stands out for me and the video clip actually made it even better by putting meaningful images to meaningful words.