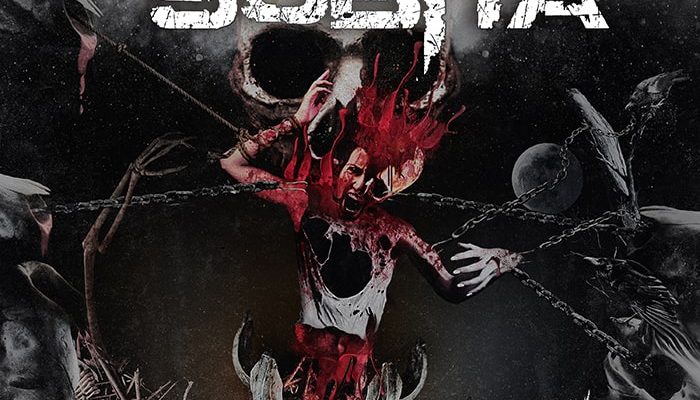 Mors Subita has been around for a couple of decades, they’ve released quite a few slamming melodic death metal releases. Despite that, it seems they never really gained the same amount of notoriety as some of their fellow bands from Finland in that genre. They did catch the attention from quite a few more people by delivering some tasty licks for the hilarious ‘Hevi Reissu’ (Heavy Trip) movie. Now they’re back with their 4th full-length ‘Extinction Era’, curious to see if they could break out more with this one.

Opening with ‘Sick’, one of their singles, they don’t hold back one bit. Crushing riffs, driving drums and ferocious vocals immediately blast in your face and seem to have the one and only go to destroy everything in its way. This tells you that you’re about to embark on one hell of a ride and that you should strap in. Oh, and get ready for some windmilling going about… ‘The Enemy I Know’ continues that blistering pace and is yet another absolute banger.

With ‘Strain’ they dial it back a little bit to embark into more of a mid pace crusher that has a lot of melody going on in the background, perfectly balancing out the heaviness. ‘Overthrown’ continues this great balance, also adding some more forward bass lines, creating a more full sound. Add to that lovely guitar melodies in the background, resulting in yet another great melodeath track. Keyboards come in until groovy guitar riffs kick in, bringing in yet another headbang inducing track with ‘Parasites’. After all that heaviness, ‘Farewell’ is rather surprising with its acoustic guitar lines, but is a welcome palette cleanser and perfect buildup towards ‘Into Eternity’. Compared to what we’ve heard thus far, that track sticks out by being way more melodic and melancholic than anything else. Comparisons to Insomnium easily come to mind and it’s great to see that these guys have the guts and musical talent to create such an epic song with the signature Finnish melodeath vibe while still maintaining their own sound.

Though nothing prepared me for what comes after. After all the melancholy, ‘Disconnect’ grabs you by the balls and pulls you in a whirlwind of a track that’ll rip you apart if you’re not careful. Eemeli Bodde comes in with an absolutely frantic scream, enrolling into a song that is almost grindcore. Influences of bands like Napalm Death are not far, an absolute crushing belter of a track! They wrap up the album with 3 more quality melodeath tracks in their typical style, all the way continuing to maintain a great balance between brute heaviness and beautiful melodies.

With ‘Extinction Era’, I feel that Mors Subita took the next step in their career. Compared to their older work, they showcase a way better balance between heavy and melody while never losing any power. With a couple of really nice surprises along the way, they really brought it and show what the future could bring. A very solid melodic death metal release by a band that deserves more recognition.