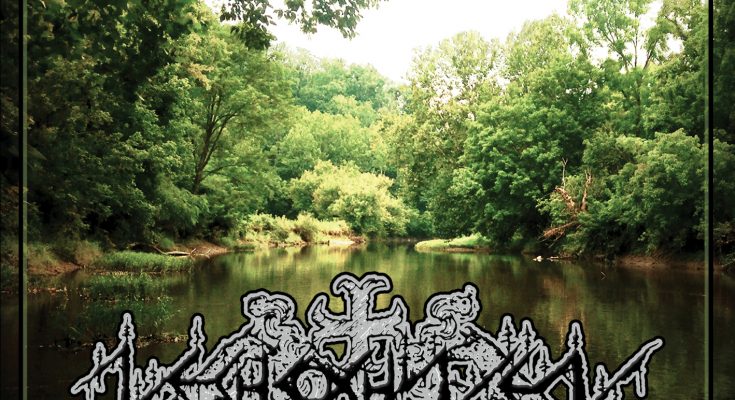 Since the release of their Heart of Akamon album in 2015, Nechochwen quickly became one of the names attached to the ‘Appalachian’ metal, lobbed in with Panopticon and Wolves In The Throne Room – and yes, the same ideas pervade the music. Often dreamy, with clear folky undertones even through barrages of riffs and blastbeats. I admit, Heart of Akamon is one of my more recently acquired favorites, so when I saw this in the promo bin, I forgot my newcomer status and rumbled in, declaring my rights in the fashion it is done. Due to familial trouble, it took me a good while to actually write the review, but brace yourselves: it’s coming.

Nechochwen’s first sign of life was the 2008 Algonkian Mythos – now, ten years later, they release The Ancient Pulse, a sort of compilation album to celebrate their tenth anniversary. I’m all for parties and the change to listen to largely unheard material, so my hopes were up. Nechochwen, I’m sad to say, didn’t deliver what I was expecting. The three first songs are entirely acoustic; the first may sound as a nice intro but nothing more, the ebb-and-flood dynamics of Fallen Timber and the quiet build to an as quiet climax of Nilu-Fami are well done and I could see them both functioning as interludes just fine – when Winterstrife kicks off with tasteful yet sombre acoustic guitar I’m wondering ‘where’s my metal’. And again, Winterstrife is a song I could totally picture being used as a closer, or perhaps three-fourth into a record, as a resting point. Especially when the guitars do come, in a marching rythm, simple but pretty effective, especially paired with the soft-chanted vocals.

It remains a fact – this is only half a metal record and it’s not the bigger half – although there are quite good covers from One with the Forest by Rotting Christ and Over the Mountain by Ozzie, the album contains mostly modern folksongs. Allumhamnochwen serves as a notable exception, as it starts out very grim and fast and mostly succeeds in keeping that pace during it’s almost 8-minute runtime, in which Nechochwen clearly displays they do still play metal and are very capable at that.

The middle part works less good than it could’ve worked – first there’s the repetitive At Night May I Roam, but then we’re off for a few of the highlights of the album; The Charnel House and On The Wind pick up the speed somewhat and although they’re folk songs at heart, they’re brought with an edge, a darker atmosphere, mostly because they’re rendered with the help of ‘normal’ metal-instruments. Again, quite good songs, in the sense they flow well and succeed in presenting a certain emotion; but it didn’t really grip me. The rousing Heya Hona is a good example of a song that should work, but falls a bit flat due to it’s chugging and predictiveness, which makes the war-like chants of Native Americans loose their hostility. I get where they’re going – but I don’t feel it. And there’s quite the difference between showing an emotion and pulling the listener into that same emotion.

All in all, I didn’t enjoy this album a lot; but that’s not to say there’s nothing interesting to be found here. Certainly people who are interested in following the band or want to explore the more folky side of their sound (and that of their genre-mates) will have a good time with this album – as I said, almost all songs do have their redeeming factors and Nechochwen’s musicianship isn’t questionable; nevertheless, to my ears it misses the punch and a sense of general direction to really shine through. I’m still having high hopes for their next album though.